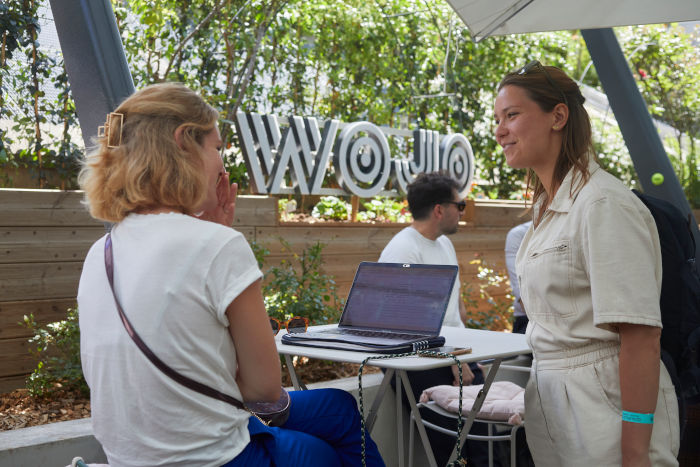 Wojo proposed an ephemeral coworking place at Roland Garros, during the qualifications of the tournament. (c) Samuel Guigues

Almost as fast as a Novak Djokovic serve or a Rafael Nadal passing. No sooner had Wojo announced an ephemeral coworking space at Roland Garros, during the qualifications of the tournament, than this place was booked in a few hours. In partnership with the organization of the competition and the ALL loyalty program

– Accor is its co-owner with Bouygues Immobilier -, Wojo converted the tables of the restaurant located under the Suzanne-Lenglen court into a shared work space, while the Accor lodge was used as a meeting room with a view on courts 7 and 9.

Freelancers attracted by this original working environment, professionals wishing to combine professional imperatives with a passion for tennis, teams alternating meetings and walks between the courts: the formula was popular. And the flexible work specialist is not new to the game, having taken advantage of its close ties with All, sponsor of the PSG, to set up an ephemeral coworking space in the stands of the Parc des Princes in September 2021. As for renewing this type of operation, Wojo is already thinking about it, whether at Roland Garros – ” why not be present during the entire tournament”

With its 15 sites in France and recently in Spain, in Barcelona, Wojo has established itself in the coworking landscape since its creation in 2015 and intends to go further. The evolution of new work habits, accelerated by the pandemic, should profoundly change the approach of companies to office real estate. Hence the multiple perspectives to extend Wojo’s footprint through its flexible solutions allowing to free oneself from the heaviness of 3-6-9 leases, the exploitation of square meters of offices that are currently unoccupied or its capacity to integrate into a new generation of office buildings where the animation of the premises would become the added value.

In addition to this real estate component, business travelers have seen the emergence of Wojo spaces in Accor hotels, whether Wojo Spots or Wojo Corners, structured and designed to accommodate nomadic professionals for a few hours, a whole day, or even all year round. At present, 400 establishments in France have them, but also 150 in Latin America, where the coworking graft started to take hold before spreading to Europe. ” I believed in it right away when I was the boss of the

region. Then it started in France,” 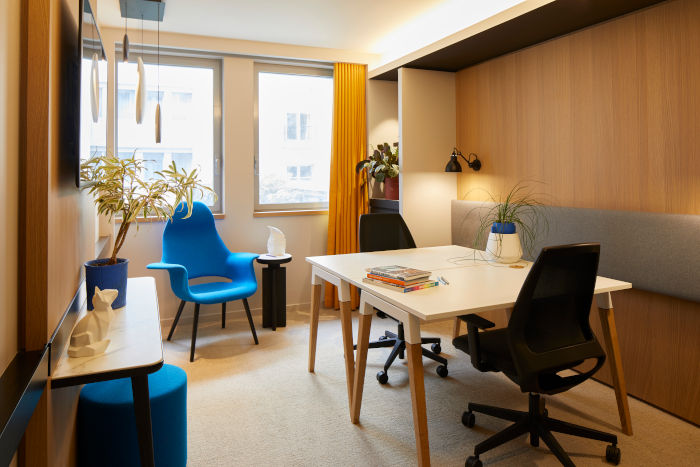 ” Today, more and more hotels are getting into the loop to transform either meeting rooms or rooms into permanent workspaces rented to companies,”

notes Stéphane Bensimon. While with the pandemic, the transformation of rooms into offices could be seen as a stopgap measure to compensate for the complete absence of business travel, this solution is playing for keeps while the corporate segment has not yet recovered its cruising speed. Especially since, if the economy improves, returning to the initial function would not pose any difficulties.

It’s starting to work well,” notes Patrick Mendès. We know that it will take time to return to 100% occupancy. For hoteliers who would like to go a step further for a small investment, Wojo and Accor’s design teams have imagined the creation of business cocoons inside a room. “The question then arose: what to do with the bathroom,” says Stéphane Bensimon. Simple answer: ” We transformed it into a phone box!

Wojo’s offer participates in the life of hotels

The entry of the working world into hotels, and not only of business travelers, is part of the global evolution of establishments into places of life, animated from morning to evening, notably thanks to the local clientele. ” The hotel is part of an ecosystem that integrates its guests and its neighborhood, which includes attractive bars and restaurants, rooftops and gyms, and now coworking spaces,”

says Patrick Mendès, emphasizing the pioneering nature of his group, which made the concept of AccorLocal one of its main concerns a few years ago.

If business travelers are used to going through the hotel door, this reflex is not yet natural for everyone. ” We are breaking the codes,” notes Accor’s general sales manager. The rise of telecommuting is a potential source of new converts. For example, those who don’t want to stay at home and prefer to put down their computers in a hotel for more social life, but also all those “commuters” who find a hotel near their home a practical alternative to long commutes. Another potential use is to make the hotel an ideal meeting place. ” When you’re telecommuting and you need to meet a client or an employee, it would be incongruous to have them come to your

other hand, it’s perfectly possible in a nearby hotel,” 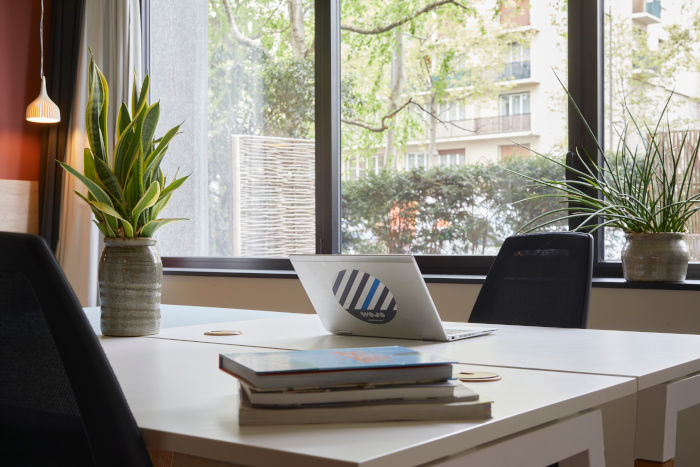 What if, in the future, the coworking component was integrated directly into the genesis of hotel projects? In the same way that the trend is towards bimarque hotels, why not imagine a Wojo-Novotel, Wojo-Ibis or Wojo-Pullman combo in the future? This idea is gaining ground. We have finalized a plan with Accor’s development teams on what we call mixed-use,” explains Wojo’s CEO. In the design of the building itself, we could very well have two-thirds of the offer in hotels and one-third in office and coworking spaces.

A common entrance and shared services, teams that can take care of teleworkers between client departures and arrivals: the formula makes economic sense. ” Having very different things in the same hotel – bars and restaurants, coworking and coliving spaces – for very different clienteles, it’s this diversity that interests us and makes Accor an innovative group,” emphasizes Patrick Mendès. The art of moving the lines.

See also  These Parisian palaces not to be missed

Air Corsica, a relatively good year in 2021 with traffic on the rise

The Company swaps Tel Aviv for Libreville in Gabon

The mobility voucher will come into force on 1 January 2022

Aurora borealis: where to go to observe them?