With its new trains, Thalys is confident of its ability to bounce back 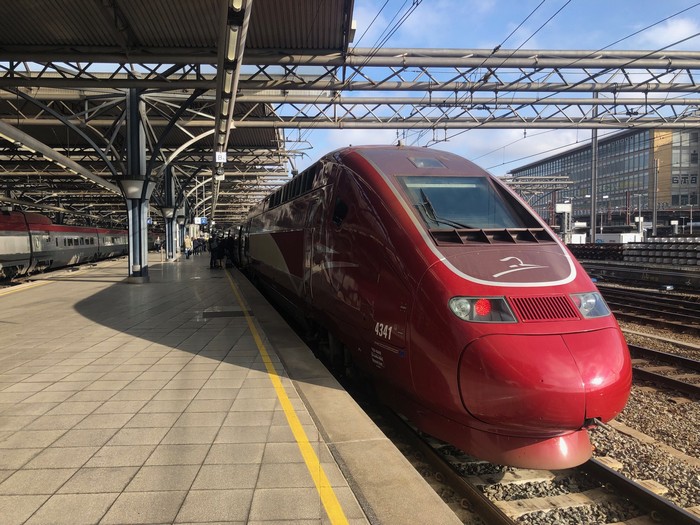 Like other rail companies, Thalys is recording a recovery in its leisure and business traffic. ” The occupancy rate has returned to the same level or even higher than 2019 but the transport plan is only 78%“, confides Bruno Dierickx, the marketing and sales director. On the business side, employees of SMEs, start-ups, freelancers and lobbying firms operating in Brussels are back on the trains. Some are still missing from the corporate side, which should return to pre-crisis levels by the end of the year or early 2022. ” We were hoping for a catch-up in October, but many employees are still teleworking in Belgium and Germany,” he notes. To stimulate the market, a promotion on subscriptions will be launched in the next few days.

Giving back the offer to business customers

In the longer term, Thalys believes that it should take advantage of the savings measures taken by companies as part of their travel policy and lower carbon consumption in order to make the difference with air travel. The switch could come into play on Paris-Amsterdam and Paris-Cologne, its longest routes where competition with air travel remains strong. ” Our main competitor remains the car, which has regained some strength with the health crisis“, he stresses. In order to (re)attract business customers, the carrier’s priority has been to put back on offer to restore flexibility and facilitate day trips. Thus, Thalys currently operates 15 return trips from Paris to Brussels, including 9 to Amsterdam and 4 return trips from Paris to Cologne.

The renovation of 17 of its 26 trains by 2024 should also attract its business customers thanks to enhanced comfort and service on board (see box). The transformation of the nine other trains will depend on the confirmation of the resumption of traffic over this period and on the needs within the framework of the current merger with Eurostar, Thalys having to take the name of Eurostar Red in reference to the colours of the trains running on its network (the cross-Channel branch taking the name Eurostar Blue). But the merger is far from being a long quiet river, Eurostar suffering a double penalty with the impact of the health crisis and Brexit, but also now the arrival in two to three years of a first rail competitor with the Renfe. ” For the merger to succeed, both parties must be in good shape,” acknowledges Bruno Dierickx, who confirms that the 30 million passenger mark is still the goal.

While waiting for the commercial and marketing launch of this merger, called Green Speed, in two years’ time, Thalys hopes to regain its pre-crisis volumes, including 80% of its business traffic, by the same date, i.e. the end of 2022 or the beginning of 2023. ” Leisure will compensate for the delay that may exist in business, as Thalys was already saturated in this segment before Covid. But we are also not immune to a good surprise on the business clientele“, concludes the manager. The return to profitability should follow in the same time frame.