The concept of this trip was to arrive on a Saturday morning and return on Sunday evening, which made, counting flights and transportation to/from the airports, really 29 hours on site! So what can the Norwegian capital offer you in such a short time and on a tight budget (without breaking the PEL)?

First thing to take into account, we chose the summer period, much more favourable to the discovery of the outside places of the city. We imagine that the program we will describe below would be more difficult to keep with -5° in winter

The Museum of Nordic Folklore

It was the only paying visit of our stay and also the most out of town (even if in reality the island of Bygdoy where the museum is located is easily accessible by bus) that’s why we decided to go there first. A travel habit we have when time is limited

Why go there? This open-air museum is composed of more than 160 old buildings from different regions and eras (from the Middle Ages to the 20th century). The visit is therefore a journey through time. In addition, actors in traditional dress help to bring the place to life (blacksmith, dancers, storyteller, and other village inhabitants).

We wanted to couple our visit with the visit to the garden of the Oscar Hall palace (5 minutes walk, and free) which unfortunately was already closed at that time, so we took a bus back to the Royal Palace

Oslo does not have an old town as dense as other European capitals (because of a fire in … 1624!), however we recommend a visit to two streets with wooden houses from the 17th and 18th century, nicely colored. These two streets, Damstredetand <a href=”https://www.theintrepidguide.com/best-free-thin

, are quite close to each other, count maximum 10 minutes walking between the two. Be careful: think about the direction of your itinerary because the Telthusbakken street is sloping. We climbed it on our way back from Mathallen, a popular food court offering a variety of world cuisine. This option will bring you to the entrance of Vår Frelsers gravlund (Our Saviour’s Cemetery) where, for those interested, is the tomb of Edvard Munch. I’m not usually a fan of cemeteries, but it was nice to walk through this one. There is a peaceful atmosphere.

At 9 Teatergata, if you take the time to look at the ground, you can see paving stones at different levels, and more surprisingly, thousands of small bronze humans. This work named Grass Roots Square by the Korean-American artist Do Ho Suh is surprising and we had fun taking some pictures of the 50 000 people (that’s internet research, we didn’t count them…) before continuing our itinerary.

Strolling from the Oslo harbour to the roof of the Opera House! 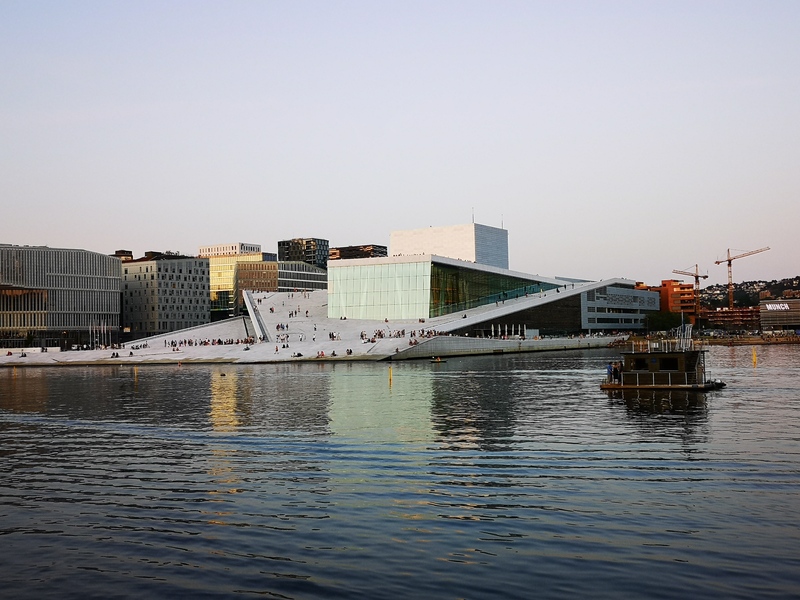 Holy rooftop for the sunsets!

As the evening approached, we decided to spend some time walking along the promenade from Oslo harbour to the Opera House. It’s the perfect opportunity to see the monuments with the beautiful colors of the end of the day. On the road we could see the Nobel Peace Center, the city hall of Oslo and its fountains, the fortress of Akershus on its promontory, some works of street art, pass in front of the event center SALT (it seemed quite animated, people were lining up to enter) to finally try an ascent of the roof of the Opera (free) for the sunset. We take a breath to climb the marble steps of the building and have a view on the fjords, the iceberg sculpture “She lies” or the Barcode district. The Opera House has won the hearts of Oslogutt (gentlemen) and Oslojente (ladies), if the attendance is anything to go by! During our visit, people were dancing on Latin rhythms giving a festive atmosphere of the most pleasant. Thus ended our first day in Norway.

Favorite: the interior of the Oslo City Hall 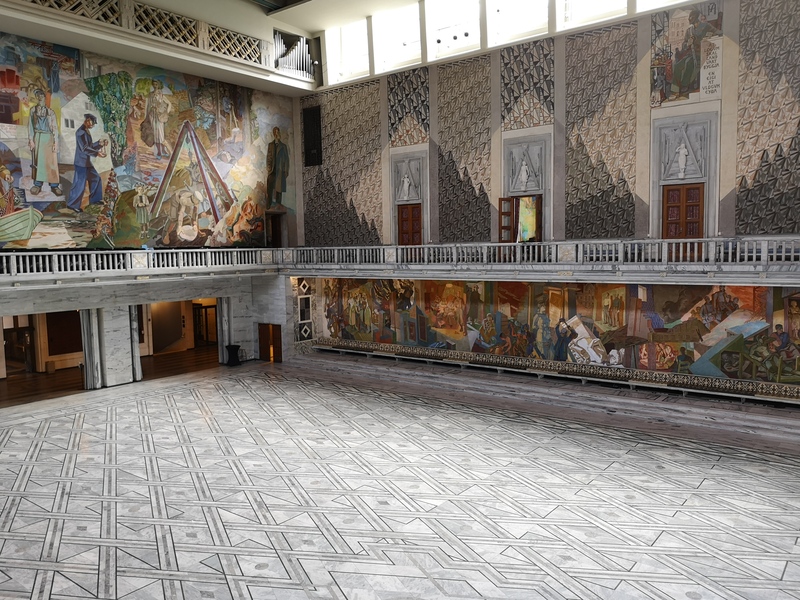 As much as the outside may seem rather austere and massive (yes, we’re not sure about the ultra-refined architecture here), if we’re a bit curious and open the doors, another vision is offered to us and not just any one. Every year on December 10, the Nobels Peace Prize ceremony takes place (a few photos at the entrance showing world leaders attest to this). It is here that the laureate receives the medal and diploma for this renowned prize, and not at the Nobel Peace Centre, which

If we go back to the hall of the town hall, it is worth a look for its paintings of Norwegian artists covering the walls with various themes. The main hall tells the story of Norwegian history in brightly coloured paintings. It would be a pity to stop the visit here, because by going upstairs, other rooms can be visited (with a cool view on the Oslo harbour), with modern portraits of the Norwegian monarchy and other fantastic frescoes. A

bonus: every hour, if you’re in the area, the 49 bells ring in rhythm and deliver some impressive musical notes (that’s 49 bells in unison!

The modern districts of Aker Brygge and Tjuvholmen 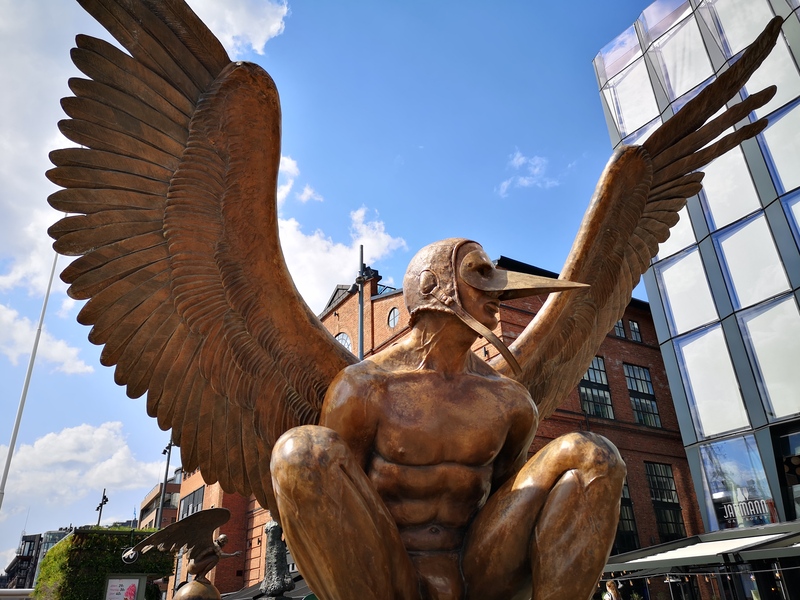 come to stroll, to eat (large offers of restaurants and food trucks) but also to shop. This is a lively, modern and pleasant area. In the continuation and by borrowing a pedestrian footbridge, we find ourselves in the last district created in Oslo bearing the name of Tjuvholmen. Urban art lovers will find there their account: many installations and sculptures animate the streets. We also noticed a change of dress code between Aker Brygge and Tjuvholmen, people willingly swapping long summer outfits for bathing suits. Indeed, behind the Astrup Fearnley Museum of Modern Art is Tjuvholmen bystrand beach, which was crowded on this sunny August day. 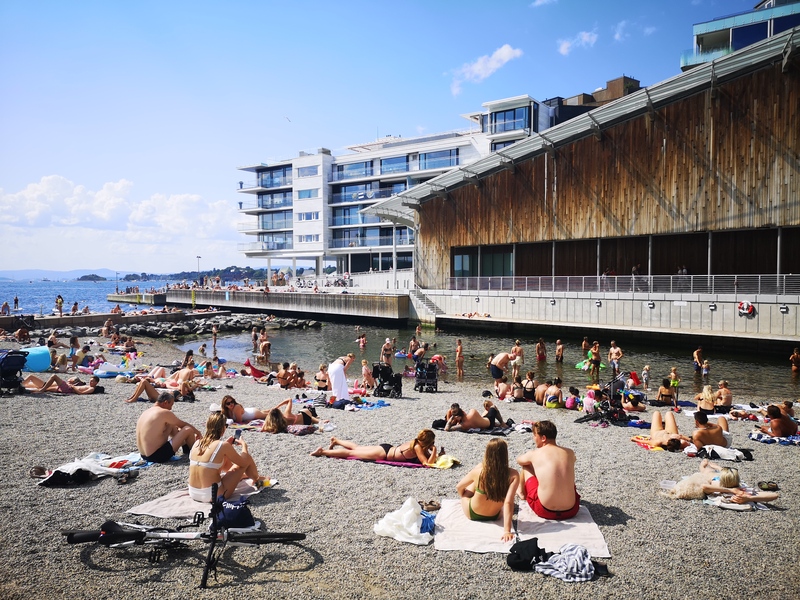 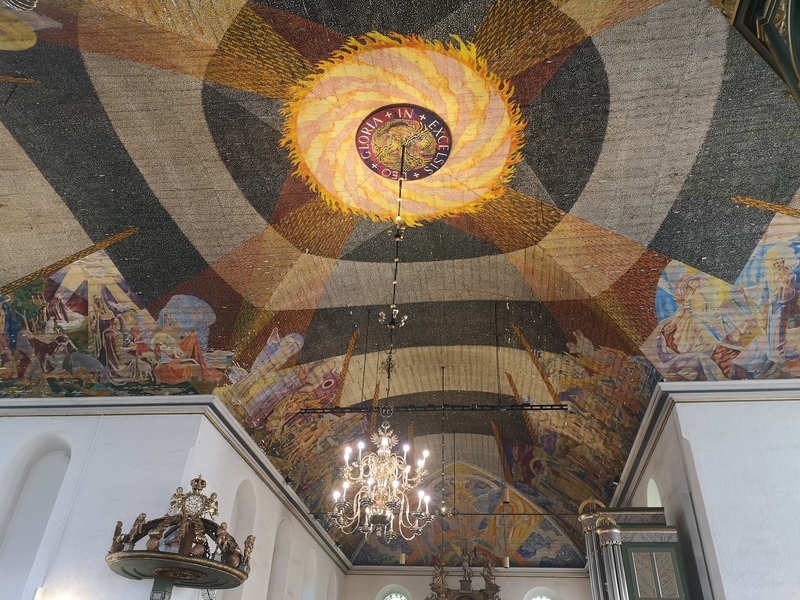 Oslo Domkirke, Norway’s most important church, is used by the royal family and the government for religious services such as weddings and funerals. The main attraction of the visit is the decoration of the ceiling by Hugo Lous Mohr between 1936 and 1950. Located at 11 Karl Johans, it is centrally located and easily accessible from the train station. To the right of the cathedral is a steel rose memorial for the 77 dead.

s of the July 22, 2011 attack by Anders Behring Breivik. The families of the deceased as well as blacksmiths from all over the world sent their contributions (more than 1000 roses from 25 countries) for this work referring to the rose parade that followed the attack.

The Deichman Library in Bjørvika:

Much more than a traditional library, the Deichman Library is a reinvention of public space and an ode to learning. 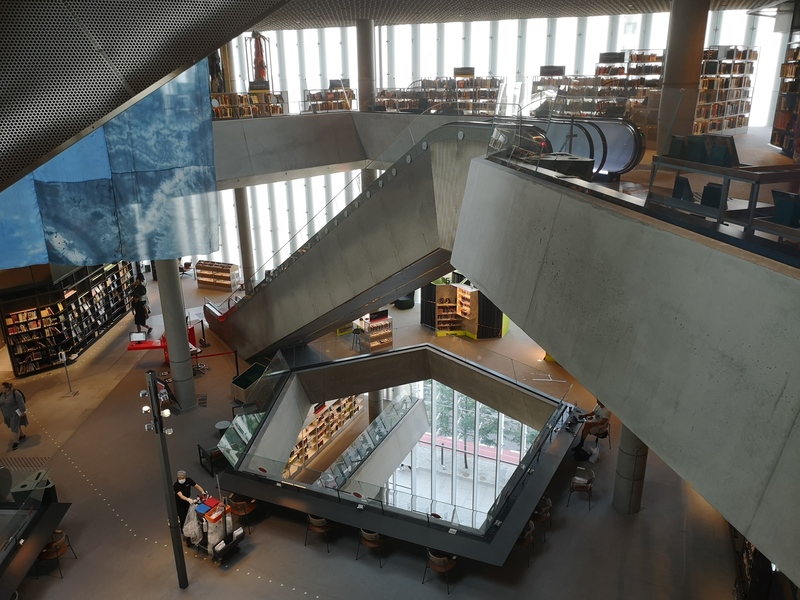 To the top of the library!

This place is not especially among the places often mentioned for a short stay but, for us, it was a great discovery so we share! The library having opened in 2020 has been thought of so that visitors can enter from all sides of the city. Moreover, its design makes it an unmissable building in the station area by its top, one of the sides, cantilevered, extends to give a working space with a magnificent view of the Opera House and the surroundings.

On 5 levels, the quantity of works (books, CDs, DVDs) in free access is staggering but what holds the attention especially are the various possibilities made available. For example, it is possible to use sewing machines, a mixer or 3D printers. To sum up, the place goes far beyond the sole function of a library and as the director of the establishment says so well, the aim is to provide a space for sharing, debating, reading and learning in the broadest sense of the term. And it’s true that you quickly feel at ease and want to wander around the floors just to discover what’s hidden there. 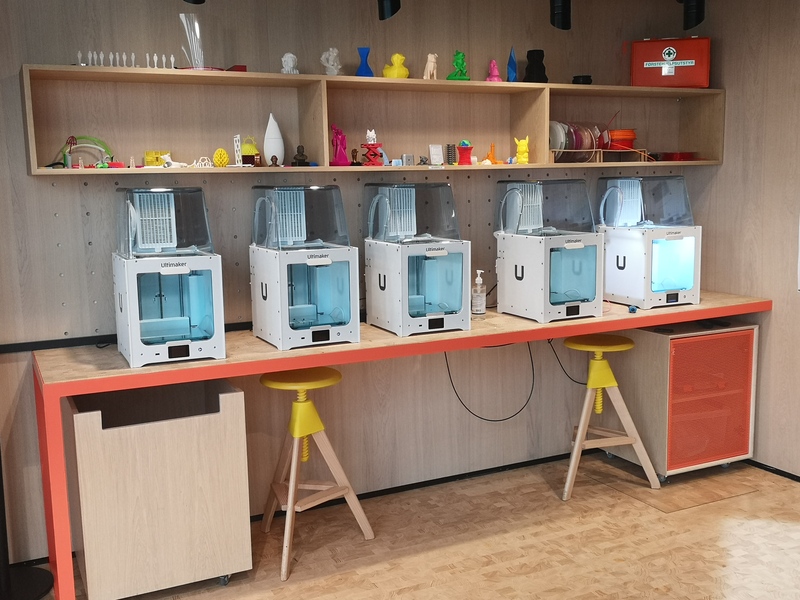 Finally, on the top floor is Katie Paterson’s Future library. The concept? Every year an author contributes and adds a work to the collection for 100 years! The texts will be kept in a special room and can only be read in 2114! Concerning the printing, 1000 spruce trees have been planted in a forest around Oslo for the occasion and will be used to provide the necessary paper.

Because of the time available (less than 48 hours), we had to make choices and of course this guide is not exhaustive. Among the places of interest that we could have discovered, we can mention the Vigeland park and its weird statues, the botanical garden or the Ekebergparken park (panoramic view on the city and still contemporary statues).

Finally, how much did this weekend cost?

Now that we have explained our itinerary, let’s see the cost part of the trip. Here we will list the costs of our weekend:

So 250 Euros for 2 people is the tested on site cost to discover the Norwegian capital.

Hopefully this article will bring answers to the questions you may have and will give you a desire to travel!