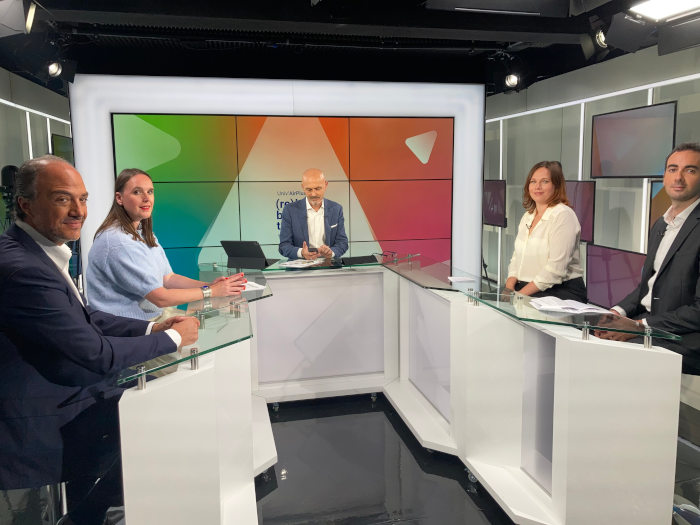 Round table on the “duty of care” at the 2021 edition of Univ’Airplus.

Univ’AirPlus, the traditional back-to-school event for buyers and travel managers, was held on Thursday 9 September. This event was organised for the first time as a virtual event due to the uncertainties linked to the pandemic and the desire of the corporate payment specialist for this edition to take place.

The theme of this fifteenth edition was “better travel”, ” a trend that already existed before the crisis but which, from a need, has become an obligation

“, as Julie Troussicot, Director France of AirPlus International, pointed out in the preamble of the afternoon. Among these obligations, one goes far beyond the framework of business travel and is linked to the existential concerns of the planet: CSR. The Covid has initiated a change of attitude, which we hope will be irreversible, towards business travel, which accounts for half of the greenhouse gas emissions of companies, and even more so in the service sector.

” We’re seeing a growing awareness of this issue among employees and top management. But how can we turn this into a reality?“asked Lucile-Laure Plesse, in charge of sourcing for the Roche Group. The round table on CSR highlighted some of the difficulties in implementing effective sustainable travel policies, notably the diversity of carbon footprint measurements among suppliers. ” For example, if we change travel agencies, the calculation method will not always be the same“, noted Amélie Berruex, General Manager of Axys Odyssey. To go further, the calculation methods adopted internally by companies must also be up to the task. ” If a company wants to take the subject seriously, it must impose a calculation method that is severe

Another difficulty highlighted was that of providing the right information at the right time in the booking tools to help professionals choose environmentally friendly modes of transport or responsible accommodation. What emerged from the discussions as a strong priority for accelerating change is raising travellers’ awareness through positive communication about CSR issues. ” We need to make employees aware of their responsibilities, but first of all we need to educate them and give them a sense of purpose“, says Thibaut Massiet du Biest, Director of Internal Services and Purchasing at Metro. In the same vein, Laurent La Rocca, founder of The Treep, encourages gamification ” to have a real impact and encourage travellers to take CSR actions.

For her part, Lucile-Laure Plesse mentioned the recent launch in her company of a communication platform around travel and

CSR. She is also aware of the importance of relays within the company to spread the good word. “There are proactive employees who I make my influencers,” she explains, ” while others are always afraid of losing comfort by giving up flying, for example because they live near an airport or because they can earn miles. »

As in previous editions, UnivAirPlus highlighted several start-ups through its Innovation Rooms, one of which was logically dedicated to… CSR. Four young companies came to pitch: Search Mobility, Jeekan, TaxyMatch and Rategreen, whose tools measure CSR impact and sort out disparate labels and other CO2 calculators. A start-up was declared the winner after a vote by Internet users. The other Innovation Room was dedicated to the well-being of travellers and saw the start-up Bonport win the prize for its idea of tranquillity bubbles installed in the heart of stations for business meetings in complete tranquillity. Other participants were HtoH, Runnin’City and SanctiFly.

As for the other topics discussed, UnivAirPlus came back to the famous “duty of care” declared the number one priority of 99% of travel managers according to a recent BCD Travel study. A subject whose importance has naturally been reinforced by the crisis. For a decade, the notion of duty of care had already been well established in the majority of large French companies,” said Nicolas Bourgeois, Director of Security at Renault. But with Covid, the level of expectation on the part of employees has greatly increased. ” Cécile Caplin, Regional Security Manager atInternational SOS, also noted: “There is a growing awareness on the part of both managers and travellers. For example, we received five times more calls from employees during the pandemic.

The pandemic has also changed the way risks are perceived, demonstrating that they go far beyond the framework of risk areas. ” Companies were not always aware of other risks,” said Amélie Berruex, from Axys Odyssey. A point confirmed by Nicolas Bourgeois: ” Traditionally, the security department focused on classic security risks, delinquency, terrorism and road accidents. To go further, he invites the co-construction of new protocols between the HR department, occupational medicine and travel management:“There was already this collaboration for risk areas, but the crisis reinforces the need for this joint work. “

As with CSR, informing travellers about risks is a key element, as the pandemic has shown the need for constantly updated monitoring tools. For example, during the crisis, International SOS set up a covid impact score for each country, based on whether or not it was possible to enter a territory and work there, depending on any curfew. The fact remains that, for Ziad Minkara, managing director at CDS Group, ” working across the value chain with common standards still has room for improvement. ” With the crisis, hotel booking specialist CDS began offering a Covid Index, based on new health measures implemented by hoteliers. “Today, accommodation policies are being rewritten in line with these new requirements,” explained Ziad Minkara, who sees the crisis as ” accelerating the end of bookings outside the company’s channels.

It’s no surprise that the pandemic has led to a phenomenal acceleration in the digitalization of travel, the last topic discussed in the afternoon at Univ’AirPlus. According to McKinsey, Covid has caused a three-year leap in digitalization compared to pre-crisis forecasts, all sectors included. But there is still plenty of room for improvement in the business travel world. ” Digitalization has progressed a lot in the general public, but in the business travel sector, it took longer to start, whether on the side of agencies, airports or companies,” notes Helene Billon, director of the Orange group in charge of business travel and its alternatives.

With the downward revision of travel, the arrival of new tools to improve the traveller experience is a key element for this travel management professional, whose company turned to the automation of booking, payment and expense management in the mid-2010s. Those who will continue to travel will be more demanding, want less stress and more fluidity,” she says.Otherwise, they will stay at home to do a video. A requirement for effective digital tools that also plays on the employer brand of the company to capture new talent. For Raphaël Daverio, product director of TravelPerk, the crisis has above all encouraged companies to ” look at their costs by going more and more digital. “

On the supplier side, Pierre-Hugues Schmit, commercial and operational director of Vinci Airports, highlighted the effectiveness of the European digital certificate which ” has worked remarkably well and avoided hours of waiting in airports. ” Among the innovations implemented by his group, Vinci Airports launched a biometric travel companion in Lyon that allows travellers to cross the airport seamlessly and without contact. This application has also been deployed in Lisbon and is expected to grow with the enrolment of new airlines, as well as the addition of a range of services within the hubs. Or when digital is closely associated with better travel.