Ukraine closes its airspace following the invasion of Russian troops 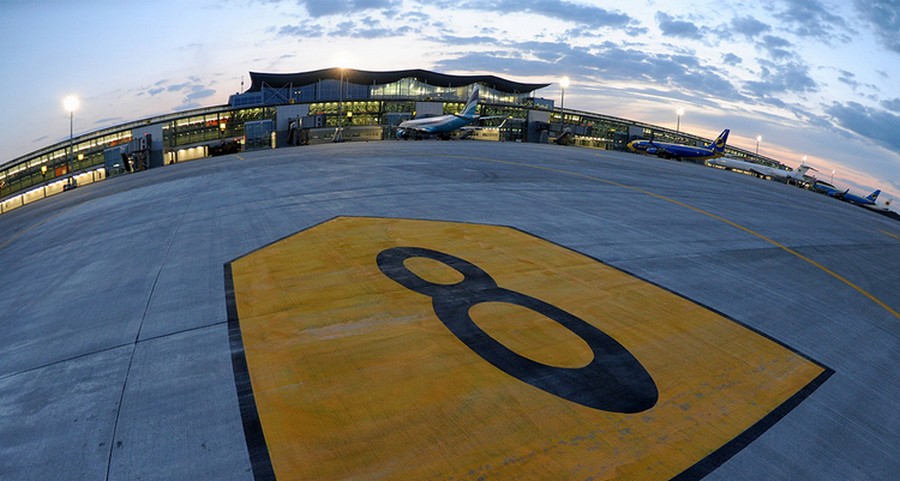 They are now called Donetsk Independent People’s Republic and Luhansk Independent People’s Republic. The declaration of independence of these two republics was recognized by the government of Vladimir Putin. An act that initially paved the way for a “peacebuilding occupation” of Russian troops. Then the invasion by Russian troops of the entire country with bombing of strategic sites. Including, according to some reports, the civilian airport of Kiev Borispol.

Still on Monday, the Ukrainian Minister of Infrastructure Oleksander Kubrakov insisted that flying to the country remains safe. In a briefing to the media, he explained that ” the cancellation of flights by a number of airlines is dictated by the worsening political situation, more than by real changes in the safety of flights

. But since Thursday, with the Russian invasion, all Ukrainian airspace is now closed to civilian traffic.

The situation was carefully monitored by airlines. Since the beginning of February, European carriers have gradually suspended their routes. Among them were KLM, SAS Scandinavian Airlines and the Lufthansa group (Austrian, Lufthansa and Swiss International). The latter is the most exposed with flights to Kiev, Lviv (Lvov) and Odessa. The group was still flying to Lviv in the west of the country and 70 km from the Polish border.

Many airlines had anticipated this closure, avoiding for several days the flight over the Ukrainian territory.

Closure of airspace with Belarus and Moldova

After having a cautious approach, day by

therefore had to suspend these two weekly flights to Kiev

In response to the conflict in Ukraine, the European Union Aviation Safety Agency issued an update to its Conflict Area Information Bulletin on February 24.

The update expands the affected airspace to include the Chisinau, Moldova, and Minsk, Belarus, flight region. The agency further advises air operators to exercise caution when operating throughout the Moscow and Rostov region. Increased military activity may include medium-range missile launches entering controlled airspace. The two

x countries have totally or partially closed their airspace. This could cause delays on flights to Russia. Russia has also closed its airspace in southern Russia. Including the Crimea.

The lines between the EU and Russia affected in turn?

Faced with the deterioration of the situation, there could be consequences for airlines to Russia. For the moment, the Air France group continues to serve Russia, in this case the cities of Moscow and Saint Petersburg. The Lufthansa group says it also continues to fly to these two cities.

The United Kingdom is the only country for the moment to have suspended all flights of Russian companies, including Aeroflot. Moscow has retaliated by applying the same sanctions. Could other European countries follow the British example? Not so sure. In fact, Russian airspace is vital for many routes to Northeast Asia, such as Japan. The suspension of flights could therefore result in a ban on overflying Russian territory. And therefore prevent some lines to operate normally.

A Guideline to Careyes, Mexico’s Most Distinctive Location

SBB trains as punctual as a Swiss cuckoo clock