Travel to Greece in the Peloponnese 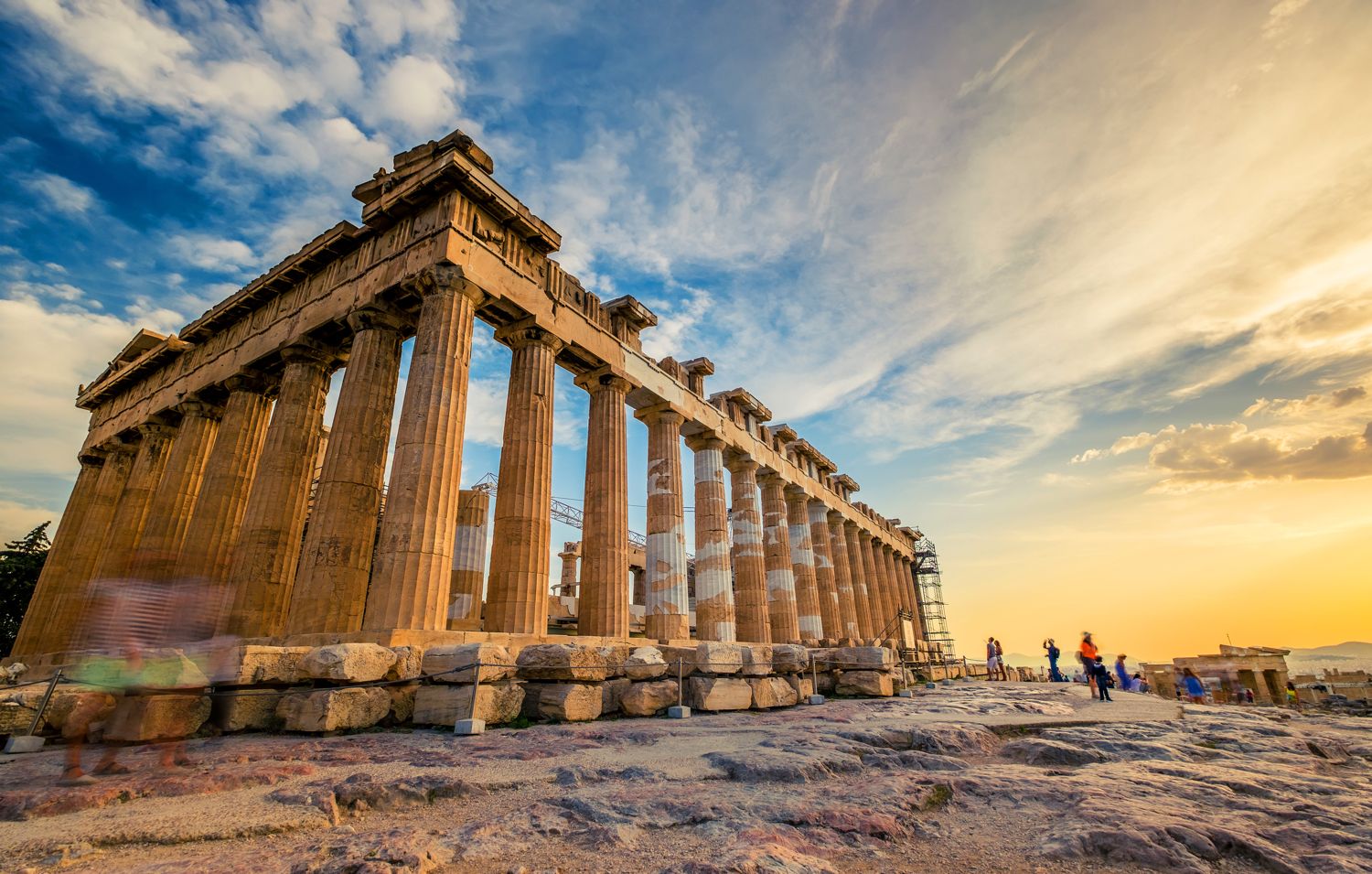 Travel in Greece in the Peloponnese : Back from Greece, I share with you the diary of my travel in Greece in the Peloponnese on my travel blog. I just came back from this trip in Greece which was also the opportunity to discover places I had not been, like Loutraki, Acro Corinth or Mycenae. More like the Peloponnese version. It brought back good memories… I had gone to the Peloponnese in the first year of high school as part of the preparation for the French baccalaureate. We were studying Andromache by Jean Racine at the time. And our French teacher had wanted to take us there to give more weight to the characters. Anyway, I never forgot the story of this book!

The Peloponnese peninsula is located near Athens and is separated from the mainland by the Corinth Canal. Over time, it has witnessed a series of Greek, Byzantine and Roman civilizations that have all left their mark. Therefore, a visit to the Peloponnese is ideal for history buffs who will be fascinated by the many archaeological sites. But the Peloponnese is also a mountainous region, with trails winding through the orange and olive groves of Marquis.

If you’re wondering what to do in the Peloponnese, we’ve put together our must-see tours of the region.

The Peloponnese is a beautiful region west of Athens, to get there you have to go through the Corinth Canal or the Rion-Antirion Bridge (overlooking the city of Patras) in the northern Peloponnese. The Peloponnese is full of archaeological sites such as Olympia, Mistra, Mycenae or Epidaurus, all of which are must-sees in the Peloponnese.

Greece has a Mediterranean climate in general but varies from region to region, with mild, rainy winters and hot, dry summers cooled by northern winds. Winters in the Aegean islands are relatively dry and sunny, rainy in the west and cool in the north. From mid-December to the end of March, the average temperature varies between 8°C and 12°C. Summer is sunny, dry and warm from mid-May to mid-September. During the day, the temperature is around 30°C, with a maximum of 38°C and more. Nights are generally cool but pleasant. Spring and autumn, with frequent alternations of sun and showers, are relatively short seasons.

When to go to the Peloponnese?

We recommend you to go to the Peloponnese between mid-May and the end of June or the beginning of September and the middle of October. The climate is very pleasant, the hotel prices are more affordable, and above all, it is much less crowded! A generation

First step of this trip in Greece: Loutraki. Small seaside resort on the Gulf of Corinth, the city is very pleasant. In November, I did not try to swim, even if there were two or three people in the water! In any case, there is a beautiful and long pebble beach, a nice promenade with many cafes and restaurants. As a first stop in Greece, this coastal town is perfect for relaxing. It is also very well located to explore the surrounding area such as Corinth, the Corinth Canal or the ruins of Choros Ireo a little further north.

In my case, upon arriving in Lutraki in the afternoon, I took a walk along the sea and watched the sunset in a very nice café by the sea. The first day in Greece is the first opportunity to try or rediscover some Greek specialties like baklava. The next morning, early departure to visit the archaeological sites: Mycenae, Nemea, and finally Akron Corinth. Visit the ruins of Nemea, Mycenae and Acrocorinth… The first archaeological site of the day: Mycenae. Less than an hour drive from Loutraki, we left early in the morning to arrive before the tourist buses. We made a quick stop on the Corinthian canal, always so impressive. Shortly after sunrise, the light was beautiful and I took the opportunity to take a couple of pictures.

We arrived in Mycenae a few minutes after the opening of the site (8 am). The site was empty! The archaeological site of Mycenae is very vast and well preserved. However, the ancient city of Mycenae is pre-Greek, dating from 1250 BC! There are many tholos (huge round buildings). Mycenae is in fact the tomb. The main one, called the Treasure of Atreus or the Tomb of Agamemnon, is impressive and well preserved, but dates from 1250 BC! This tholos is 200 to 300 meters from the main ruins of Mycenae (separate entrance but same ticket). The main ruins of Mycenae are also well preserved. You can see 2 or 3 other tholos, but less impressive. Don’t miss the swimming pool or even the lioness door, they must be immortal!

See also  Eurostar speeds up for London, Paris and Brussels

We could easily spend 2h30 on the Mycenaean ruins, they are so big! At the end of the visit, head to Archaia Nemea (Ancient Nemea) about twenty minutes drive from Mycenae. Nemea is an ancient religious site, famous for the Nemean Games, one of the 4 most important Panhellenic sports competitions, and… the Olympic Games!

The ancient stadium of Nemea is very well preserved and impressive. Ancient Nemea also had a temple dedicated to Zeus, with only a few pillars remaining. The stadium is hundreds of meters away from the rest of the archaeological site. The complete visit of the site takes about an hour. If you are in a hurry, visit at least the ancient stadium, it is spectacular! After Nemea, direction Acrocorinth, the last step of the day is dedicated to the ancient ruins of Peloponnese

e.The Acrocorinth has an impressive history: the first traces of habitation date back to the Neolithic period. The first fortifications were built by the Corinthians. Then Acro Corinth was conquered several times by the Romans, then the Byzantines, the Franks, the Venetians and the Ottomans! Each one will leave its traces there: construction of buildings, extensions, new walls… It will be finally abandoned for lack of military use in the XIXth century. Acrocorinth has a lot of time because the site is huge! The entrance is free and we will spend two hours wandering in the sometimes very steep paths of the castle. A fantastic visit and a breathtaking view on the ancient Corinth and the isthmus of Corinth. We immediately understand its military advantages! At the end of the day, we arrive in Athens. 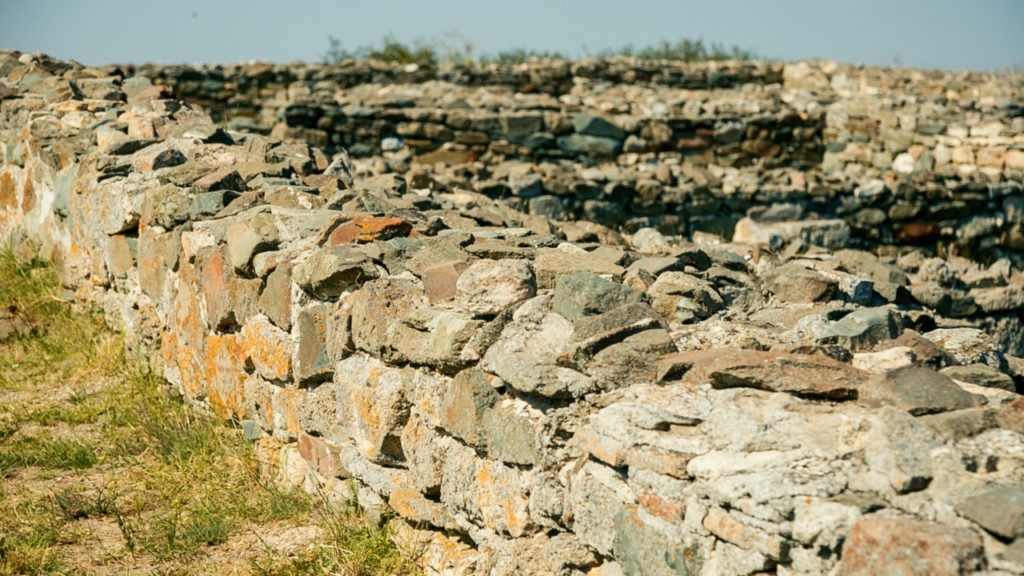 The site of Corinth 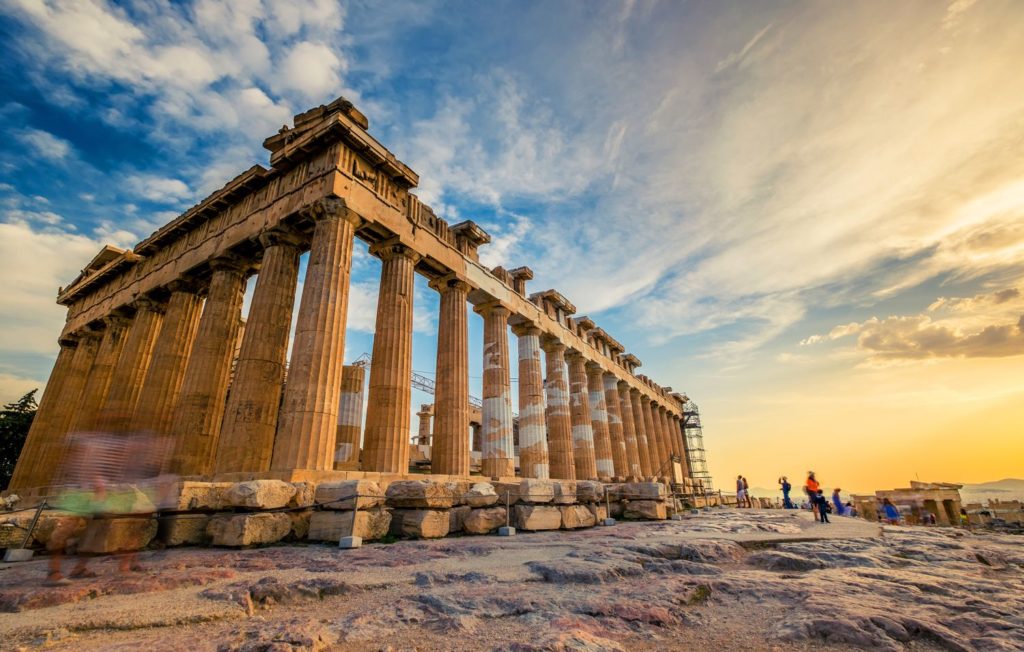 Travel in Greece in the Peloponnese I

visited the city from top to bottom in 2010, because I stayed there for more than 10 days and I was stuck in Athens because of a strike… It was a pleasure to rediscover Athens and its main monuments, but also to discover new things in a city I admire a lot. I revisited the main archaeological sites of Athens :

During my second stay in Athens, I took the opportunity to make some discoveries, especially the Anafiotika district, a district with Cycladic airs on the side of the Acropolis. Very soothing, very calming and very photogenic. The 3 days in Athens also gave me the opportunity to taste many Greek specialties that I already knew or didn’t know, like baklava, loukoumades and even koulouri (sesame bread, similar to Turkish simit).

Driving on the roads of Greece is very easy. Outside of Athens, there is little traffic and Greece is not a populated country. The easiest way is to start your road trip with a rental car from Athens airport. Driving in Athens is useless and you may have trouble finding a parking space. So I rented a car at the airport for

a road-trip in Greece and I returned it before visiting Athens. For my car rentals, as usual, I quickly get unbeatable prices thanks to RentalCars.

Find the right hotel for your stay in Greece

If you are visiting for more than 3 or 4 days, you should stay in a well-located area to avoid wasting unnecessary time.

If you are looking for an accommodation or a community to live in.

Used to the Cyclades or Crete (a major tourist destination in Greece), it’s time to explore the Peloponnese! I had the opportunity to go on a road trip at the end of June and I was pleasantly surprised by the natural and patrimonial wealth of this peninsula. Preserved archeological sites, fantastic beaches, olive groves as far as the eye can see, small picturesque villages… The Peloponnese is really a region that deserves a visit.

For our Peloponnese travel favorites, there are plenty of other interesting places here: Olympia, Gythion, Kalamata, Koroni, Areopoli, Epidaurus… Find out on the map at the bottom of the article we have reviewed the track. It is necessary to mention the welcome and the kindness of the Peloponnesians! We were given a free entrance to the historical site. In restaurants, desserts are usually served with a big smile. Even the guesthouses or hotels are keen to give us gifts: oranges, jars of olives from the garden, raisin jam, pastries…

Australia’s Qantas to land in Rome from June 2022