Thello expected in October on the Paris-Lyon-Milan TGV line 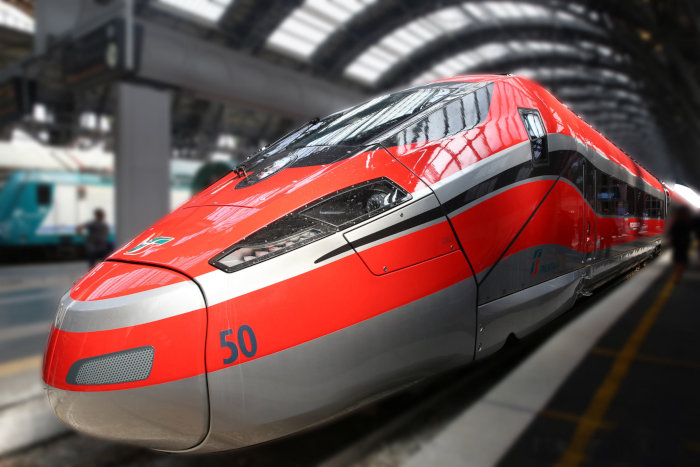 Thello made no secret of its desire to compete with SNCF on its home turf, particularly on the Paris-Lyon-Milan high-speed line. The ambitions of the company, a subsidiary of the national transalpine group Trenitalia, had been unveiled back in 2018. A launch was initially expected in the summer of 2020, then postponed due to the health crisis. At the same time, the Italian operator stopped operating its night trains between Paris and Venice, launched in 2011, and its daytime Marseille-Nice-Milan line, which had been in operation since 2014, on 1 July. A “goodbye” that was not, however, synonymous with a final farewell. ” Thello is preparing new projects and is ready to face new challenges in France

In fact, its return now seems very close. The debut of the Paris-Lyon-Turin-Milan TGV line could even take place as early as next October. According to the daily Les Echos

, which itself takes up information from the specialised newsletter “Ville, Rail et Transports”, a train from the operator arrived at Paris-Gare de Lyon at the end of August in order to carry out the first tests before it goes into service.

According to the sources quoted, notably the Transport Regulation Authority, Thello is considering launching two daily return trips from Paris to Turin and Milan. This would be a high-speed line linking France and Italy, but under international cabotage rules, passengers will also be able to use it between Paris and Lyon, a line that is very popular with business travellers and one of the most profitable for SNCF.

See also  Chalucet, Montéty, Pipady: the harbour of the future is being built in Toulon

As for the equipment used, the trains will be the famous “red arrows”, the Frecciarossa 1000, manufactured by Bombardier and Hitachi. These high-speed trains are part of Trenitalia’s international strategy, as they will soon be running in Spain. The ILSA consortium, made up of Trenitalia and Air Nostrum, was awarded the contract to operate the Madrid-Barcelona, Madrid-Valencia/Alicante and Madrid-Malaga/Seville high-speed lines in mid-2020. 23 Frecciarossa 1000 trainsets have been ordered for this purpose and are expected to enter service in January 2022. Future competitors in France, Trenitalia and SNCF will also be competitors in Spain, where the French company launched its Ouigo offer last March.

In Berne, the art of living makes the congress

Shangri-La in the starting blocks for the Beijing Olympics