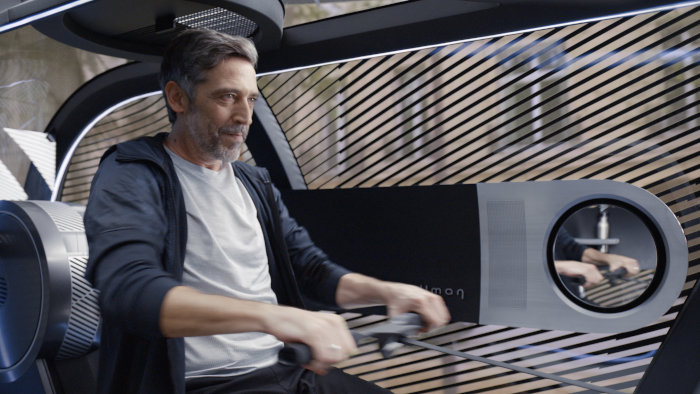 The Pullman Power Fitness Pod, one of the new urban mobility solutions envisaged by Accor in partnership with Citroën.

This is a futuristic vision of urban mobility unveiled by The Urban Collëctif, the name of the partnership through which three French players of international stature – Accor, Citroën and JC Decaux – intend to “put pleasure back at the heart of urban travel.

Although they are still only concepts prefiguring tomorrow’s travel in major cities, the first materializations of this partnership invite to cross them within an autonomous vehicle, sometimes comfortably installed in a sort of upscale hotel lounge, sometimes rowing as much as possible in a design cocoon dedicated to fitness, or even taking place in a revisited double-decker bus.

The idea of this partnership, born from the meeting of the leaders of these major companies at the 2019 edition of the Vivatech trade show, is part of a new, more responsible approach to urban mobility. Solutions for tomorrow envisaged today, and in a collective way. ” Mobility must change.It is by working together that we will challenge the future“, underlines Damien Perrot, Global SVP Design Multibrands of Accor, the association of these three big names making Isabelle Mari, director of strategic projects of JCDecaux, say ” that open innovation is not only done with start-ups

“. These companies have started to think openly about an open-source model called Citroën Autonomous Mobility, which combines a technological mobility solution with services that are grafted onto it.

In this context, each of the players brings its own expertise, starting with that of the car manufacturer for the base of this concept, The Citroën Skate. This autonomous mobility platform is equipped with all the technology needed to travel on the lanes dedicated to autonomous mobility at a speed of 25 km/h. Equipped with four large wheels, as round as footballs, it is above all electric and rechargeable by induction, allowing almost continuous operation 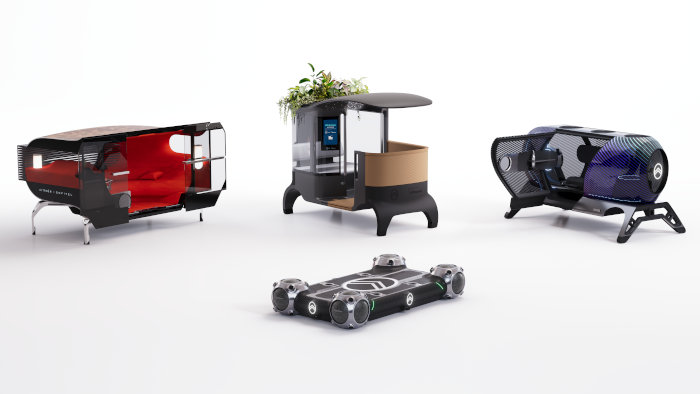 Pods dedicated to different services and uses can be attached to this high-tech chassis. And this in less than 10 minutes. ” By imagining, on the one hand, an autonomous and electric fleet of The Citroën Skate and, on the other hand, Pods that respond to the needsof the public, we have been able to develop a new concept.

concept is open source, so an infinite number of Pods can be envisaged in the future, with possible uses including absorbing peaks in demand during rush hour or absorbing the need to travel to and from work. As

the concept is open source, an infinite number of Pods can be envisaged in the future with, among the possible uses, that of absorbing peaks in demand for transport at peak times or offering solutions at night or at off-peak times, but also offering mobile and local services, such as a doctor’s surgery, a food distributor or a food truck 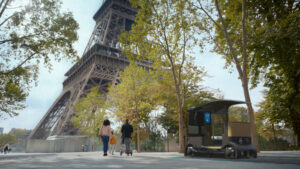 Partners of Citroën, JC Decaux and Accor have already given three examples. JC Decaux, the world leader in urban outdoor advertising, has designed a pod for urban transport. Based on the codes of urban furniture, the JCDecaux City Provider can carry up to five people in a vehicle divided into two areas, one protected from the weather by a canopy and the other glazed and lit. A mode of transport that can be shared by several travellers in the same way as Uber does today with its Uber Pool, but which is also intended for families as well as people with reduced mobility or visual impairments. USB ports and two interactive information screens on the city and its cultural events enrich the experience, while optimizing travel time. ” The cell offers its occupants the best route between the point of departure and destination, thanks to the intelligence of autonomous technology

Accor’s design teams – including Emmanuelle Simon and Federico Toresi for design, Joao Rocco for customer experience and Emlyn Brown, Pullman’s “wellness guru” – have come up with two Pods, two concepts that are in line with the French group’s ambition for enhanced hospitality. The Sofitel en Voyage Pod allows travellers to rethink the way they are greeted at the train station or airport, or during their journeys in the city, to go to restaurants or to do some shopping 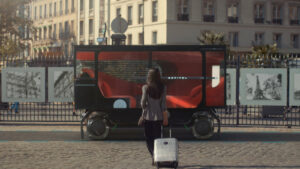 ” The customer enters the hotel’s atmosphere as soon as he gets off the train,”

describes Damien Perrot, in charge of design for the hotel group. The world is obviously in keeping with the brand’s positioning, between luxury and the French touch, with a haute couture body made up of nearly a thousand pieces of laser-cut marquetry and a warm interior in velvety blood orange tones. A code sent in advance opens the sliding door, a compartment that opens from the outside and can accommodate two pieces of carry-on luggage. <a href=”https://www.voyages-d-affaires.com/wp-content/uploads/2021/09/mobilite-urban-sofitel-interieur.jpg”> 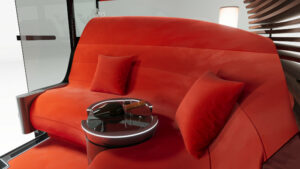 Inside the Pod Sofitel en Voyage.

Inside, a bar holds a bottle of champagne to continue the personalized welcome, while a touch-sensitive tablet allows you to speak with a concierge by video to organize a restaurant or theater reservation during the trip. As the vehicle is autonomous, and therefore driverless, two or three people can sit on the bench seat, installed as if on a café terrace to watch the urban landscape go by while conversing, working or relaxing.

The optimization of transport time promised by the Pullman Power Fitness Pod is much more sporty. Adapting the brand’s high-end fitness program to urban mobility, this Pod makes it possible to move around the city while taking advantage of the time to cycle or row. A sort of futuristic bubble, glazed but intimate, the Pullman Power Fitness plays with light and sound for relaxing or active sports sessions, all under the guidance of a digital coach via a holographic screen. The efforts made also recharge the batteries of the Citroën Skate. However, future users should be reassured that it is not necessary to pedal to move forward! 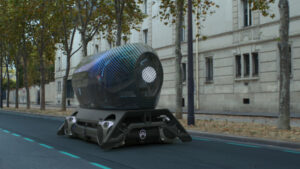 However, it will not be necessary to be a customer of an Accor hotel to be able to take advantage of these new services, if and when they come into being, by 2025-2030. ” The goal is to offer new services to our customers, but also to city dwellers who will be able to book them to go to restaurants or to do sports on their way to work,” says Damien Perrot, who already sees other possible variations of this concept: ” Why not a karaoke pod with Ibis or a coworking pod with Wojo? A certain idea of urban mobility that should appeal to millennials.

Hotels: address book where to stay and organize a meeting