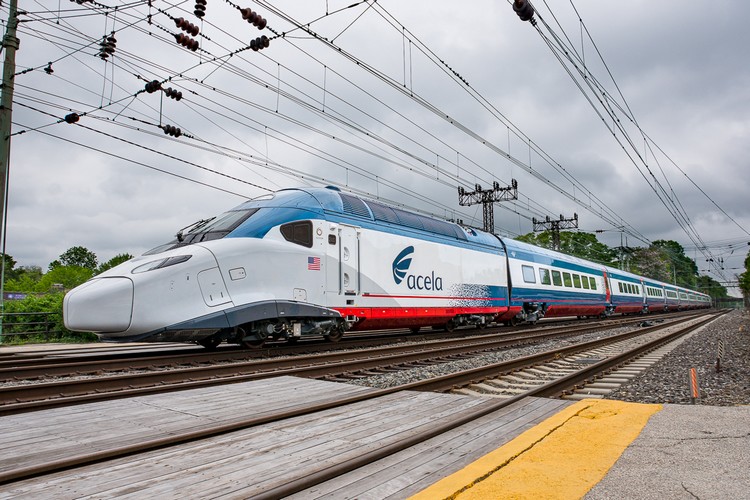 was a raging tweet from an American internet user in December 2019. He was highlighting the fact that 35 high-speed trains travel the distance between Beijing and Shanghai every day in 4.5 hours. And that, by comparison, on the Chicago-New York line (which has virtually the same mileage), there was one daily train making the connection in… 19 hours. On the Chicago-New York line, as on many other US rail lines, trains run at less than 130 km/h. Exactly the same speed as a hundred years earlier!

The United States is still very late in developing a high-speed network. Many factors contribute to this: resistance to public spending, aviation lobbies and the immoderate love of Americans for their cars. In addition, the rail network is designed more for long-distance freight transport than for passenger transport. Thus, since the 1950s, rail has given way to a network of motorways of almost 81,000 km.

Another factor against rail is the urban topology of the United States, which is unfavourable to rail transport. Large cities are not generally centres of life, with a majority of Americans living in the suburbs. According to a 2017 American Housing Survey census, 52% of Americans describe their place of residence as suburban, while 27% describe it as urban and 21% as rural. Getting to a train station can therefore be more complicated than going to the airport!

However, things are starting to move, probably under the impetus of the

Biden administration and a plan to modernize infrastructure. A 2,000 billion dollar plan to create a greener economy, which includes a rail component estimated at 80 billion dollars of investment. But setting up a real high-speed network is likely to be a long-term undertaking, spanning several decades.

Amtrak, the American public rail network, could form the basis of a future high-speed rail network. Except that on most of these tracks, freight and passenger trains coexist, preventing any noticeable increase in speed.

The Boston-New York-Washington route, with its 735 km, is covered by high-speed Acela trains in 6h50. That’s an average of 85 km/hour. Although the trains can indeed reach a peak speed of 240 km/h, the infrastructure prevents them from doing so. In a document, the Northeast Corridor Commission (NCC), which is in charge of modernising the network between now and 2035, estimates that the distance where the Acela can effectively reach its top speed is 51 km.

The NCC will have to inv

Amtrak is planning to spend $117 billion to modernize the network and reduce the total travel time on the Boston-Washington route by nearly an hour. In the meantime, Amtrak will put into service in 2022 a new generation of Acela trains, a little faster, more ecological (they are 40% lighter) and especially more comfortable. USB port on each seat, wifi, better catering and the possibility of booking on an app, should have an incentive effect on potential travelers.

At the same time, the government wants to modernize the lines from New York to Montreal, from New York to Buffalo and Toronto and from Philadelphia to Pittsburg. On these three sections, trains would run between 145 km/h and 200 km/h. 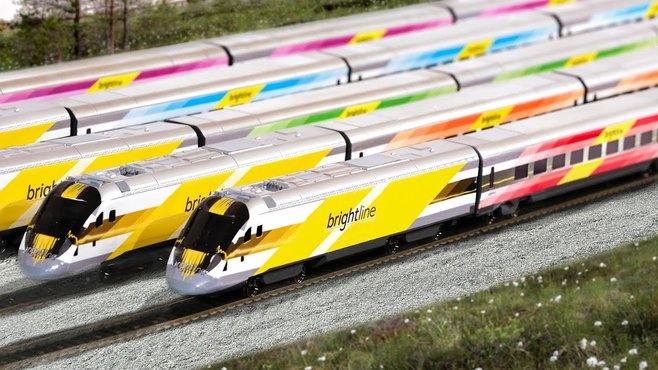 Brightline is continuing its development in Florida but also between Las Vegas and Southern California (Photo: Brightline)

It will however be California that should welcome the first real high-speed rail line in the United States. Trains on a line linking San Francisco to Los Angeles via San Jose, Fresno and Bakersfield would travel at a speed of 350 km/hour along this 830 km long corridor. The two metropolises would thus be 2 hours 45 minutes by train from each other. In parallel, a new line would be built between Phoenix and Tucson, serving 15 stations on a 140-mile network.

The project has been stalled until now because of a lack of funding. Only one section is under construction, 190 km long, linking Bakersfield and Merced via Fresno. From the latter city, the trains would temporarily resume their “snail” speed to San Francisco.

The approval of the Biden infrastructure plan by Congress on 5 November should enable California to receive a fund of some thirty billion dollars to complete its high-speed network. This would result in the acceleration of rail routes to Los Angeles in the south and San Jose/San Francisco in the north. The high-speed line should be completed in 2025 and train testing completed by 2027 for service between 2028 and 2029.

After 2030, two extensions are planned, the first to Sacramento, the second to San Diego. This would make it possible to serve all the major Californian cities by high-speed train in less than five hours from end to end.

Another project – this time totally private – will probably be the first high-speed line in the American West to become operational: the Las Vegas-Victor Valley line in Southern California. Led by the private rail operator BrightLine (which already operates a line in Florida), the 270 km line would be served in an average of 1 hour and 25 minutes (180 km/h). With the possibility of a branch line to Los Angeles and Palmdale. The inauguration should take place around 2025.

See also  The woman's pantsuit to put in the suitcase

Florida and Texas, the high-speed future

In Florida, BrightLine operates a Miami-West Palm Beach line, which is to be extended in 2023 to Orlando and Disneyland. With an average speed of 130 km/h, which will rise to 200 km/h on the Cocoa-Orlando route once the line has been extended to Orlando.

inaugurated. This train does not therefore qualify as a high-speed train according to the International Union of Railways (UIC). The latter qualifies a train running at 200 km/h on an existing line and at 250 km/h on a new line as a TGV 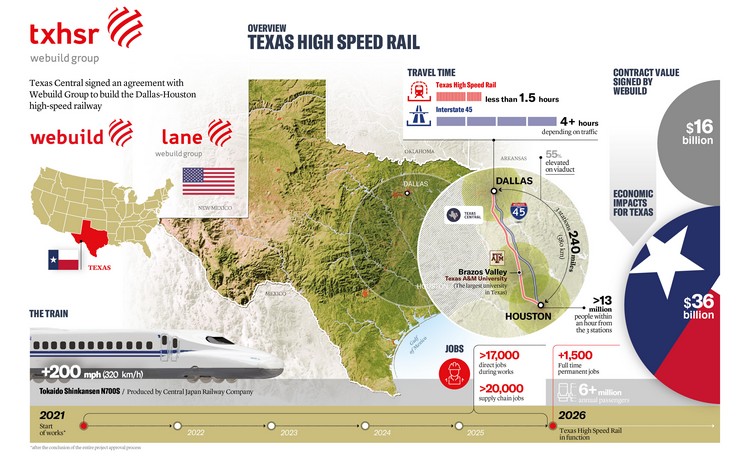 Finally, in Texas, the Houston-Dallas high-speed line is taking shape. Serving a catchment area of 13 million people, it is expected to carry more than 6 million passengers per year by 2029. The high-speed trains will cover the 380 km separating the two megacities in 90 minutes. This compares with an average of more than four hours by car. A strong argument!

The Montaigne hotel in Paris : A dream night

Rooftops and panoramic views of Paris