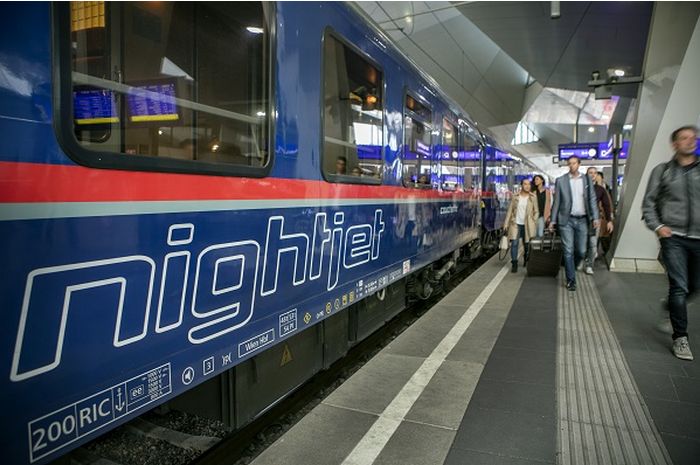 ” Everyone said that the night train would never run again and that it would not be full. It is full, with small prices, a great popular success. I believe that this is the beginning of a period of success for these safe, affordable trains, which allow people to travel differently, saving a night for holidays or productivity “. This was the observation made last week by the Minister of Transport on the occasion of theinauguration of the new Montparnasse station

. An analysis that will now be confronted with the reality of the figures. Indeed, tickets for the new night train between Paris and Vienna have been on sale since 28 September. This will make its debut before the end of the year, on 13 December to be exact. Another French business destination will also benefit from this new service between the two capitals: Strasbourg is one of the stations served on the route, along with Karlsruhe, Munich, Rosenheim, Freilassing (in the Vienna-Paris direction), Salzburg, Linz and St Pölten.

Although the new night train is based on the partnership signed at the end of 2020 between SNCF Voyageurs and the Austrian Federal Railways (ÖBB), Austrian equipment will be used. This is good news for passengers, who will have a wider choice in terms of quality. The 360 seats on the Nightjet trains are spread over seven carriages and, above all, three comfort classes.

Premium customers will be able to opt for one of the two 72-seat Sleeping Cars, with single, double or triple compartments. The deluxe cabins will even include a shower and toilet, while the standard version is limited to a washbasin. The offer also includes a welcome drink, a welcome bag, toiletries and bed linen. The menu includes an à la carte breakfast with unlimited hot drinks, as well as hot and cold food to order. The intermediate class will consist of three couchette cars (156 seats), accommodating 4 to 6 people per cabin, with access to a shower room and toilet. A bedding set and Viennese breakfast are also included. The standard offer – marketed from 29.90 euros – will occupy 132 Seats (132 places), with 6 seats per compartment, and a shower room and toilet in each car

is another step forward for our European-wide night train network, which aims toattracting even more customers from the air to the train

“The launch of this night train marks a new step forward,” says Alain Krakovitch, Director of SNCF Travel. ” I’m delighted with this collaboration with DB and ÖBB, which makes the rapprochement between Paris and Vienna even more concrete. This new night train link is a real ecological commitment for rail transport and for Europe. Choosing the train means choosing a mode of transport that emits 50 times less CO2 than a car and 80 times less than a plane. ” The relaunch of night trains embodies our ambition to develop the share of rail in the mobility of French and European citizens, in line with the growing desire for ecology expressed by our customers,” says Christophe Fanichet, CEO of SNCF Voyageurs. ” Through this partnership, we share our conviction that night trains can be a practical and ecological solution for travelling across Europe in the future. Andreas Matthä, Managing Director of the ÖBB, calls it ” the realization of a dream “: ” The Nightjet service to Paris is the realization of a dream that I have mentioned on several occasions,” he says. ” It is another step forward for our European night train network, which aims to attract even more customers from the air to the train. This not only helps us to preserve the environment, but also to make our customers travel more serenely. After all, what could be more relaxing than arriving at your destination early in the morning when you get off the night train?

Ukraine closes its airspace following the invasion of Russian troops

Japanese cherry trees: The least frequented places to see them |