The recovery is confirmed for the major hotel groups 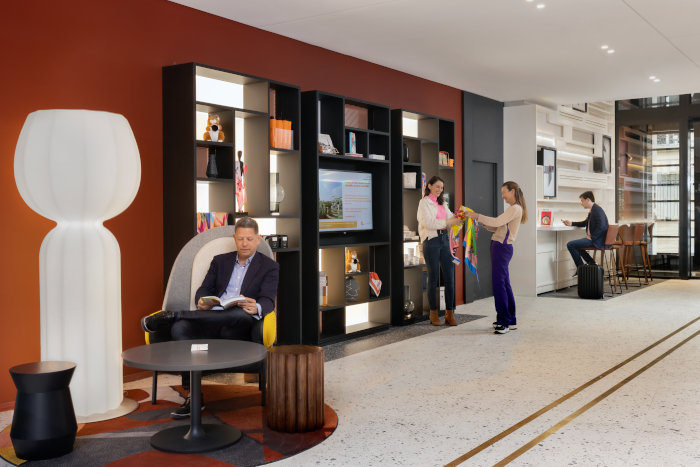 , the global hotel industry is gradually returning to levels of activity that, while not reaching 2019 levels, are well above those recorded last year. The results recently published by Accor, IHG and Hilton all testify to this significant recovery, and no doubt those that Marriott and Hyatt will soon present will be in the same vein.

In the third quarter, Hilton saw its RevPAR – RevPAR, a key industry metric that combines hotel occupancy and average room rate – increase by +98.7% in the period compared to 2020, with that now down only -18.8% from Q3 2019. This allows Christopher Nassetta, its president, to say he is ” satisfied ” with these results ” which continue to reflect the recovery from the negative impact of the COVID-19 pandemic

For its part, IHG is reporting a 66% increase in revenue per room compared to the same period in 2020. A result achieved thanks to a frequentation of its hotels turning around 60% and average prices in line with 2019. “RevPAR has moved closer to pre-pandemic levels as more guests return to our hotels around

Driven by leisure guests, the summer season has been good for many properties. Sébastien Bazin, CEO of Accor, notes that his group’s activity has been ” very sustained this summer in Europe, the Middle East and America, particularly for our leisure destinations

The French group indicates that its RevPAR has improved by 20 points compared to the second quarter of this year. The strong demand seen for provincial hotels in France and the United Kingdom, lifestyle hotels in the United States or a destination such as the United Arab Emirates has even led to higher prices than in summer 2019.

A recovery driven by leisure travellers

result, the group recorded a +79% increase in revenue in the third quarter of 2021, to €589 million, albeit still down by -40% compared to that achieved in 2019 over the same period. Domestic tourism carried this recovery. Accor thus notes, for its provincial establishments in France as well as across the Channel, a decline in RevPAR of only -6%, while activity in Paris and London remains half that of summer 2019.

This improvement is more widely observed in Southern Europe as a whole, which posted a net

RevPAR improvement, down “only” -25% compared to Q3 2019. In the same vein, the US, still closed to international visitors until November 8, is also showing a nice strength in local tourism, with IHG noting a RevPAR that is now only 7% down on 2019 across the Atlantic.

On the other hand, while Dubai and the United Arab Emirates have regained their appeal to tourists by limiting restrictions on arrivals to their territory, most Asian destinations, some of which are only just beginning to reopen like Thailand, are suffering from the absence of international travellers. Southeast Asia, for example, posted a 72% decline in RevPAR in the third quarter.

See also  United Airlines to return to Nice in spring 2022

The evolution of the pandemic in certain regions also had an impact on hotel results. While China had recovered more quickly than other countries, its RevPAR fell by 34% in the third quarter due to the resurgence of Covid-19 cases in July and August. Similarly, the introduction of lockdowns in the main Australian cities had a negative impact on hoteliers in the Pacific region.

Several uncertainties still hang over the coming months, such as the progress of the vaccination campaigns and the resurgence of the pandemic in Eastern Europe. Nevertheless, hoteliers are generally optimistic. ” The rate at which demand is returning is very encouraging as travel is increasingly being reopened in all regions,” notes Keith Barr. ” The desire to travel is strong,” notes Sébastien Bazin, for whom ” these trends should continue over the end of the year.

The gradual return of business customers is confirmed

While the third quarter was largely driven by the leisure clientele, the attitude of the business clientele, which is important for the activity from the beginning of the school year, was still an unknown factor. On this point, hotel groups are reassured by the upturn in business travel. The months of September and October confirmed the return of a business clientele and MICE events,” describes the Accor group in the announcement of its quarterly results. The recovery in medium-sized corporate events offset some of the leisure business, confirming the recovery in business tourism. “

The trend in the Paris region is reassuring in this respect. The MKG consultancy firm shows, for example, that Paris is back in the black, with its occupancy rate rising from 38.8% in August to 55.7% in September, with the upturn continuing in October in the capital and its entire region. The improvement continued in October in the capital and its entire region. Occupancy in Ile-de-France hotels, which did not exceed 20% at the beginning of the year, rose to 63% in the week of 25 October, exceeding the 60% mark. While the upmarket Parisian hotel industry was able to benefit from the of Fashion Week, establishments in several major cities were also able to look forward to the return of key events such as the Pollutec and SIRHA trade shows in Lyon, the International Cybersecurity Forum in Lille and the IUCN World Conservation Congress in Marseille. All of which should make us feel more confident about the months ahead.

Alpine ski resorts : The most beautiful in France