The Queen Elizabeth 2 transformed into MGallery, an Orient Express in Venice 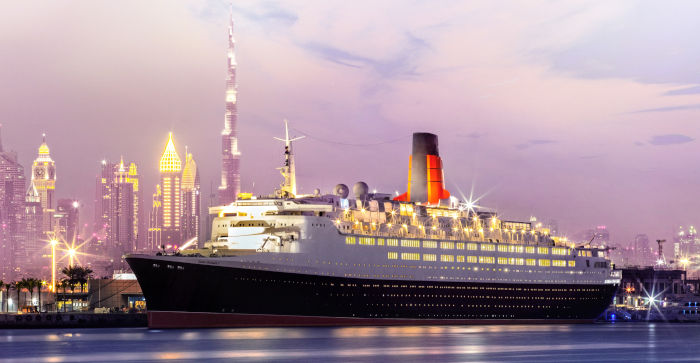 In Dubai, the famous Queen Elizabeth 2 cruise ship is being transformed into an MGallery.

While the Queen of England will celebrate her platinum jubilee in a few weeks, one of the former jewels of the British crown, the Queen Elizabeth 2 cruise ship, is preparing to open a new page in its history. Retired from cruising in 2008 and moored since then in Dubai, in the Rashid port, the prestigious ship had already been converted into a floating hotel at the end of the last decade. This hotel development is now entering a new phase with its integration into the Accor group as of May.

In a collaboration with Dubai’s state-owned Ports, Customs and Free Zone Corporation Investments LLC, the liner will be transformed to join the MGallery brand. A renovation into a 447-room boutique hotel offering everything a cruise ship can offer in terms of leisure and relaxation with nine dining areas, six stores, a swimming pool and a gym. But the MGallery Queen Elizabeth 2 also presents itself as a new venue for upscale seminars and incentives with ten meeting rooms and a 5,620 square meter area dedicated to outdoor events.

Anchored near Sheikh Zayed Road, the “QE2″ also benefits from its proximity to the city’s major landmarks. Dubai International Airport, Dubai Mall, Burj Khalifa are less than 20 minutes away, while the Palm Jumeirah and Mall of the Emirates will be 35 and 29 minutes away respectively. ” We will operate the only floating hotel in the city (note that Kempinski also has a project in this direction) and at the same time contribute to the realization of the Dubai Urban Master Plan 2049, which aims to ensure sustainable urban development while strengthening the attractiveness of this international destination,” said Mark Willis, Accor’s managing director for India, Middle East, Africa and Turkey. Said Al-Bannai, managing director of PCFC Investment, said, “The Queen Elizabeth 2 has made history and we are confident that Accor will continue its legacy.

The French group is also perpetuating another legacy, that of the Orient Express brand. While a hotel bearing this historic brand has already been announced in Rome, and six Orient Express La Dolce Vita trains will be operating in Italy from 202

See also  A renovated thermal centre in Saliès in Bearn

3, both in partnership with the Italian group Arsenale, a new development has just been announced in Italy. The destination is obviously Venice, the legendary train’s mythical stopover. ” The arrival of the Orient Express hotel in Venice naturally resonates with the history of the brand. A return to the roots of the legend that finds its ultimate expression in the Palazzo Donà Giovannelli

It is indeed within the walls of this palazzo in the Cannaregio district, designed in the 15th century by Filippo Calendario, one of the architects of the Doge’s Palace, that a hotel with 45 rooms and suites will be built in 2024, all overlooking the gardens and canals of Venice and decorated by Aline Asmar d’Amman and her studio Culture in Architecture. Also on the program: a hotel bar in the old ballroom, a gourmet restaurant and a few hidden rooftop terraces overlooking the Serenissima 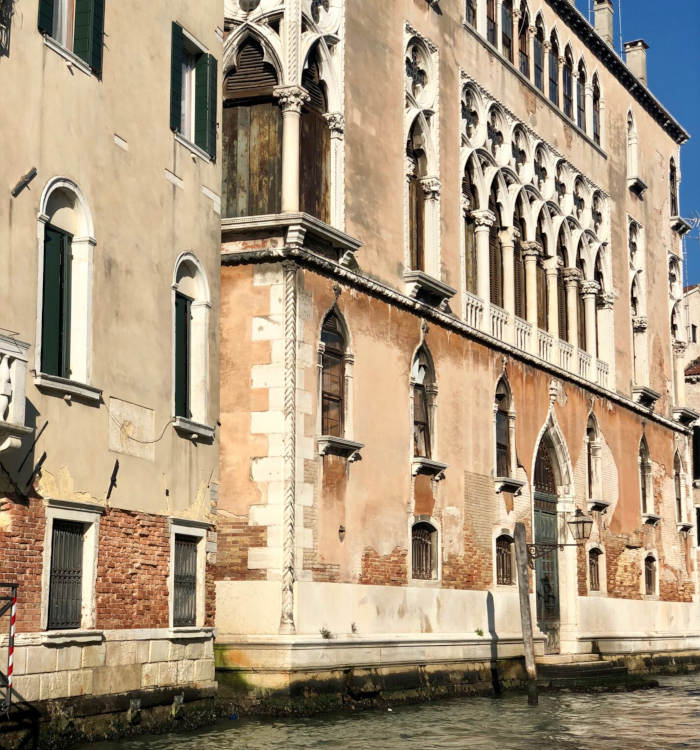