The Pullman Montparnasse is back on the MICE scene 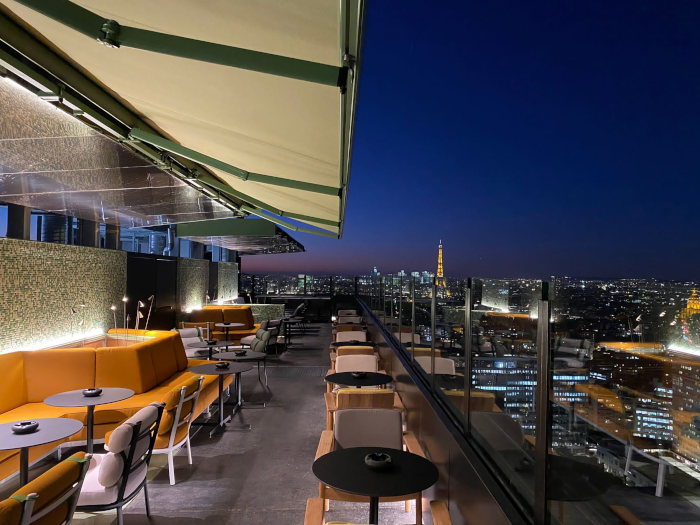 “It is with great pleasure that Sébastien Bazin and I welcomed our first client this morning on the occasion of the opening of the new Pullman Paris Montparnasse “: Maud Bailly, Accor Group’s General Manager for Southern Europe, announced on December 27, on LinkedIn, the completion of a long and vast construction project that began in late summer 2017. A message that welcomes the return to the scene of one of the main players in the Parisian MICE hotel industry, whose reopening was initially scheduled for September 2020 before being pushed back wave after wave.

The largest Pullman hotel in Europe, the new flagship of Accor’s business brand was already known for its ability to host high-end, high-capacity meetings before its makeover. This role has been regenerated and magnified with its new 6,000m² event centre spanning three floors. The daylight venue features 50 flexible rooms suitable for all types of business meetings and is equipped with the latest technology. These include Samsung screens from 75 to 85 inches, an excellent Wi-Fi network, directional microphones for perfect sound pick-up and tablets that can be used to control the room’s lighting and temperature and to connect with the hotel’s teams.

The fourth floor of the Event Center, called the Green Floor, aims to combine work and well-being with its 13 Green Rooms, or as many meeting rooms opening onto an 800 m² green terrace. There is also an executive lounge, the Green Suite, which includes a dining room and is extended by a private terrace.

While the Pullman Paris Montparnasse offers 19 rooms on its upper floors that can be converted into meeting rooms, the highlight of its MICE offer is its 742 m² ballroom, with no pillars and a 7 m high ceiling. It is fully modular and can accommodate up to 735 people for conventions, private parties and even fashion shows. At the beginning of 2022, the hotel will complete its event proposal with the opening of a 1500 sq. m. space dedicated to creative and immersive experiences and content designed in collaboration with the Montreal-based company C2, known for its production of avant-garde business events.

However, redesigned in a contemporary way by the agency CUT Architectures, the Pullman Montparnasse is not only a great business hotel, but a great hotel in itself with its 957 rooms with a view. These include suites and also, at the top of the hotel, several 60m² apartments with kitchenette and dining room. In terms of living spaces, the Pullman has two restaurants, for example, with an upmarket Italian restaurant, Fi’lia, due to open next year, and a new restaurant concept, UmamiBurger, which focuses on gourmet burgers to be shared on the premises or to take away. The highlight of its offer: the Pullma towern almost equal dialogue with its neighbour, the Montparnasse Tower, the hotel is crowned by a Skybar, a rooftop bar on the 32nd and last floor. Get Ready to Rise, as the hotel’s motto invites you to do?

Liege, the first destination in Belgium for the Radisson brand

How to be a digital nomad: the ultimate guide! –