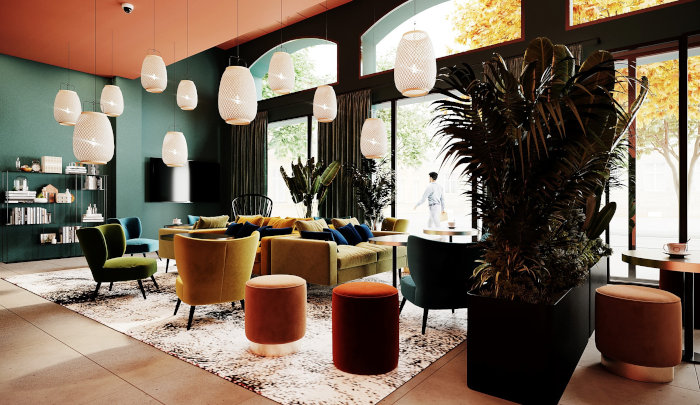 Can we really find a reason to be satisfied with the worst crisis in the history of global tourism? Certainly not, and no representative of the long-stay accommodation industry would presume to do so. However, it is always possible to see a ray of light in the middle of the darkness, to make the best of it. In this sense, when it comes time to assess the results of this dark period, the main players in urban residences are highlighting the resilience of their segment, the fact that, despite everything, they have done better than their counterparts in the traditional hotel industry.

An analysis of the results shows that this greater resistance is indeed tangible. For the year 2021, the Adagio apartment-hotel chain recorded a -38% decline in revenue per room for its residences in France, but this decline was less pronounced than that of competing hotel brands, which was -51% according to MKG. For Appart’City, the largest operator in France, this ability to withstand shocks better can be explained by its essentially domestic positioning, with many of its 100 or so three-star establishments in medium-sized cities. ” This has enabled us to better resist when the major cities were violently affected by the lack of foreign customers, but also the cessation of congresses, seminars and events

The data published by In Extenso for the year 2021 illustrates this difference. In Île-de-France, urban residences have recorded a drop in revenues ranging from -45% to -56%, which becomes more intense the higher up the scale or the closer to the La Défense district. Conversely, without of course reaching the levels of 2019, the long-stay hotel industry in Lille, Marseille, Montpellier and Toulouse is showing much smaller declines, ranging from 12% to 15%

Other things explain this greater resilience to the shocks that have been repeated since March 2020. First, the sector has been able to keep more establishments open. At the most

In addition to the confinements, many residences have been able to serve as substitute apartments for essential actors, primarily medical personnel. ” Some of our residences have also turned to social housing in partnership with the prefectures and charitable associations to accommodate people in vulnerablesituations. This means that our sites are filled with people for a good cause

Among the clients were also business travelers, forced to live in the city by necessity. In an interview with Voyages d’affaires in the summer of 2020, Karim Malak, Xavier Desaulles’ predecessor at the head of Adagio, mentioned the Chinese and Indian employees who had stayed in Paris to work, blocked by the sudden closure of the borders. ” As we have a grocery store in most of our establishments, they didn’t even have to go out to do their shopping

The major advantages of urban residences – the kitchenette in the units, the larger surface area of the apartments – played a role in accommodating them in comfortable conditions. Our apartments enabled business customers who were away from home throughout the health crisis to eat independently,” said Emilie Sarda, marketing and communications director at Appart’City. In general, customers also appreciated the space and independence of an apartment, which allowed them to limit contact

. Not to mention that with the vagaries corollary to the pandemic, this accommodation solution could ensure that travelers retained some autonomy in the event of a positive test and quarantine. 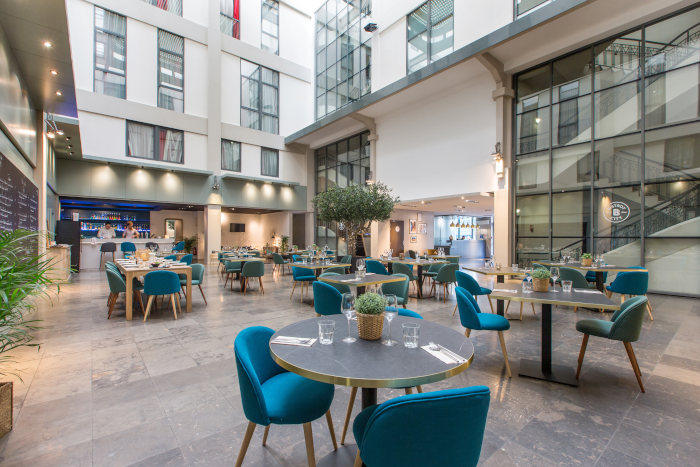 These advantages of the long-stay formula were also discovered by new business clients, on the one hand because many hotels were still closed, and on the other hand because industry players turned to them opportunistically. For example, in June 2020, Adagio reached out to businesses adjacent to its establishments by inviting them to use the apartments converted into offices for free, all in a safe, sanitary setting. This is a way to support the economic recovery, but also and above all to introduce the advantages of residential accommodation to a whole network of local SMEs. For its part, Appart’City, after the confinement of spring 2021, has played on the idea of “workation” by offering professionals a change of scenery while continuing to telework. In addition to a price promotion, the Hello Voisin offer featured studios and apartments with built-in kitchens and office space, 100% fiber WiFi and the possibility of being

With the gradual resumption of business travel from the beginning of the school year in September, in addition to last summer’s holidaymakers, the long-stay hotel industry saw its results pick up with the pre-covid period. ” The recovery was there in the second half of the year , ” says Ngor Houai Lee, European General Manager of the Ascott Group, the parent company of the Citadines brand. Xavier Desaulles is equally satisfied with Adagio: ” In the last quarter, we experienced levels almost equivalent to those of 2019

Of course, the fifth wave has not spared the sector, leading to its share of cancellations and postponements. But with the lifting of many restrictions, the horizon is gradually clearing. ” Even if the beginning of the year is complicated, I am confident that we will see a strong rebound from March onwards. We can see corporate clients taking up new assignments from spring onwards

,” says Adagio’s CEO, who does not expect his company’s business to return to normal before the end of 2022 or the beginning of 2023.

Having demonstrated its resilience as well as its attractiveness during the crisis, the extended-stay hotel industry can play on several elements to prolong this positive dynamic. Starting with the expected increase in the duration of business trips, and consequently the need for ad hoc accommodation. ” The number of business trips of eight days or more doubled between 2020 and 2021 and this trend is now stabilizing,” notes Emmanuel Ebray, Managing Director of HRS Western Europe. So it is probably no coincidence that last October the hotel reservation specialist launched a solution dedicated to these long stays

, which allows travelers to do everything online and in real time, and no longer offline as was often the case before. 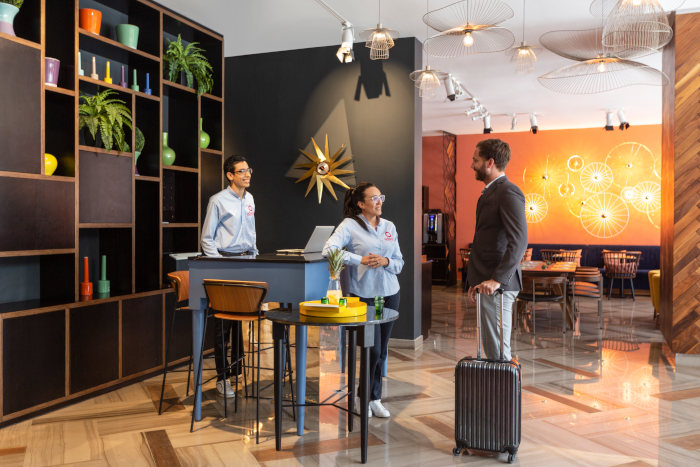 With the Commuters offer, Adagio proposes packages of several stays at rates up to 30% off.

Moreover, if the trivialization of telecommuting will not be without consequence on the number of business trips, it also opens new perspectives for all those employees who have gone to live in the countryside and are looking for a place to stay when they come to the office. For them, Adagio has launched a Commuters offer

in its establishments close to business districts and professional meeting places. In addition to discounts making these regular return trips less expensive, this offer integrates practical services, such as the possibility ofIt is now possible to leave one’s belongings behind from one stay to the next, or to bring one’s pets. Launched in mid-November, we don’t have much experience yet, as the fifth wave arrived right afterwards,” explains Xavier Desaulles. But it addresses a real need for all those employees who wanted to change their lives and are price sensitive. ”

” Since the pandemic, we’ve seen an increasing emphasis on flexibility, with the ability to work privately in an apartment or shared workspace, notes Stephen McCall, CEO of edyn Group, parent company of the British brand Locke. So we’ve seen customers stay longer because they can work remotely. ” To take this living-workplace dimension further, a new generation of urban residences is emerging like Locke or Zoku, playing on the codes of lifestyle hotels with lively common areas, bars, restaurants, coworking spaces, and sometimes rooftop terraces. This makes them even more attractive for business travelers, for several days or just one night.

United Kingdom: the world before for travelers

SNCF Connect: taking inspiration from others?