The fifth wave of the event industry’s slowdown 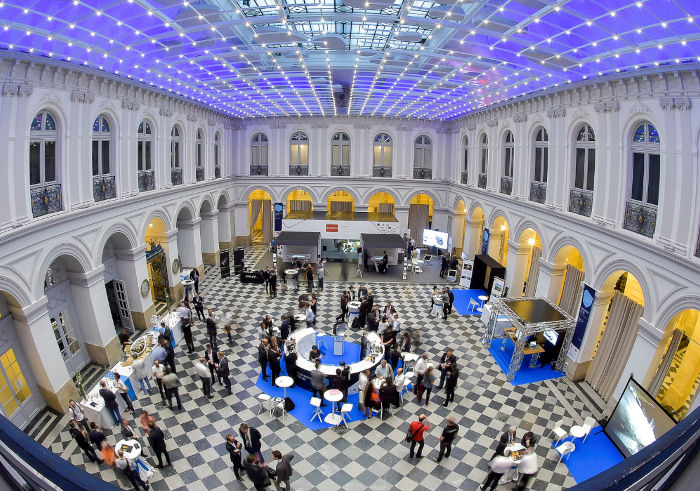 The Palais de la Bourse in Bordeaux is experiencing a number of requests for postponements for corporate events scheduled for January.

” We thought we were out of the woods, but we weren’t. For the past few days, we’ve been seeing the cancellation of quite a few events, particularly end-of-year meals and Christmas trees “: Marie-Elodie Soubeyroux, sales manager of the Domaine de Raba, a hotel on the outskirts of Bordeaux that is used to hosting seminars, sums up the new difficult period that the corporate events industry is going through. The fifth wave of the pandemic is causing a sudden slowdown for the entire sector, especially since Jean Castex’s call for caution on December 6. During his speech, the Prime Minister invited to lift the foot on “festive and convivial events in the professional and private spheres

” while urging companies to make more extensive use of teleworking.

If the Domaine de Raba’s public service clientele got the message loud and clear and postponed their events, some companies are less cautious, like this one which recently held its end-of-year meal in the ephemeral restaurant converted into a mountain refuge. They assured us, “Put frost everywhere, but we’re coming”

, says Marie-Elodie Soubeyroux. Similarly, a few good-sized corporate events, around 500 people, have been held at the Bassins des Lumières, a former World War II submarine base that has become the largest digital art center in the world. 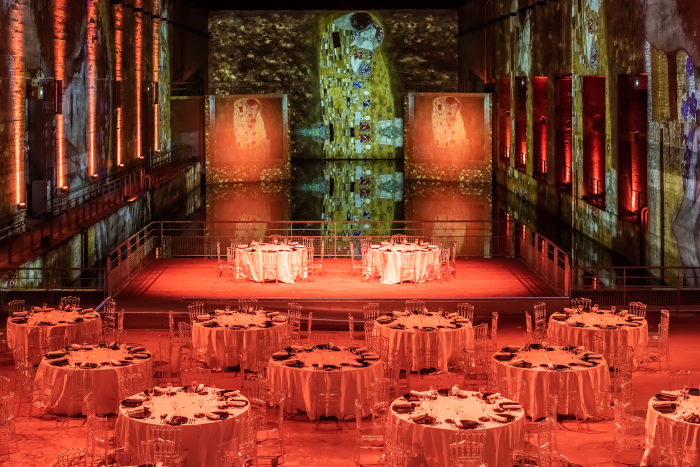 In Bordeaux, the Bassins des Lumières will be less affected than others by the current wave of postponements and cancellations, as the venue will close its doors throughout January to prepare for the new visual animation.

But these examples are, in fact, becoming increasingly rare. ” We receive a lot of requests for postponements, even though we were sold out on the last two Thursdays and Fridays ofthe year,” notes Pauline Regeon, commercial manager of events at Château Pape Clément. ” As soon as they exceeded 100 participants, all the events were cancelled,” notes Jérôme Girelli, director of the Hilton Garden Inn Bordeaux, who describes December as a ” hecatomb “. Amélie Déchénais, head of the Bordeaux Convention Bureau, said

However, following the government’s announcements, hotels have started to record cancellations, sometimes even concerning privatisations.

This phenomenon is obviously not confined to the Bordeaux region alone. The association La Clé-Collective des Lieux Événementiels estimates that, for its 77 members, over 1,000 events will be cancelled in December. ” This represents almost half of the turnover we expected for this month, with a higher percentage in Paris“, explains Delphine Bouclon, noting a contradiction between ” venues that are not administratively closed ” and ” gatherings that are not banned“.

Even if, in fact, there is no formal ban except in the public service, the precautionary principle and the duty to protect employees, especially in the run-up to the holiday season when a cluster would obviously be very badly seen, have prevailed. ” Many companies are playing it safe and have cancelled everything until the end of the year to return to the remote model,” says Michel Font, founder of the consulting firm Nelta, which specializes in career support for talent, senior executives and managers. “Today, we are asked to consider events that can be held remotely or face-to-face – the latter without any social time – so that we can switch from one to the other if necessary. For example, we’re working on a seminar scheduled for early February by breaking it down into two-hour sequences. That way, if it has to be held by video, the participants will have time to take a real break from their screens,” he continues.

Corporate events are moving towards digital

Digital, a fallback solution that was already tried and tested during the last confinements, is gaining strength and vigor with the spread of the pandemic, as Société Générale recently experienced. At the beginning of December, the bank had initially planned to bring together its management teams at the Longchamp racecourse, for the first time since the start of the pandemic. A seminar for 300 people that was supposed to be held over two days, but which was converted by necessity into a three-hour remote event. ” The decision was made on Friday evening for the following Wednesday, so we switched this event to digital in just four days,” explains Carine Bertacco, general manager of the Lever de Rideau agency. The scenography was modified with the installation of a TV set with more intimate furniture; the editorial content was also rethought with a limited time for each intervention. “From an emotional point of view, the objective was not totally achieved, since there was no eye-to-eye reunion of the teams, but the messages were conveyed and the interactivity was there,” says Carine Bertacco.

This is not a unique case,” notes the director of Lever de Rideau. Our next events from December toFebruary will all be digital, except for 7% of them which have been cancelled. As we have already experienced this type of period, we are better organised to anticipate this transformation. ” The fact remains that the current period is likely to break a beautiful dynamic while the event industry seemed to be back on track after months and months of inactivity. From September to November, we saw a big acceleration with the resumption of seminars in hotels and the holding of large national events in Bordeaux,” describes Amélie Déchenais. But today, there is a feeling of uncertainty for events up to the end of January and a loss of confidence for those of February and March, which are big months for events and conventions. “

This moment of hesitation is also felt in the concretization of the files. People are taking precautions for events planned in January, and even for those further away, in May or June,” notes Pauline Regeon, at Château Pape Clément. Signatures are slow in coming. As a result, the conditions are being relaxed again and again. We have to play the game. With another corollary risk, that after this great vacuum, it will be too much, as Florence Blancpain, manager of the Palais de la Bourse, one of the most prestigious event venues in Bordeaux, fears: ” To those who ask us today to postpone their events, we invite them to come in March and April because afterwards, there will be such a concentration that we will have to refuse business. ”