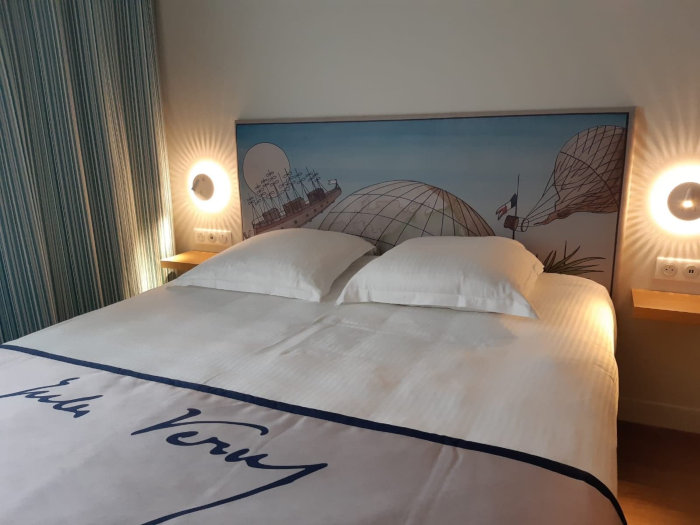 The Hôtel Littéraire Jules Verne opened this summer in Biarritz.

among the latest: there is a lot of talk about collections in the hotel industry. The word has a chic, fashionable ring to it, and an exceptional flavour. But there is one of a more cultural kind, more like Gallimard, Flammarion or Grasset than Dior or Chanel: the Société des Hôtels Littéraires. Founded by Jacques Letertre, it now brings together six hotels around a common theme: four-star hotels dedicated to the great names of French literature, complete with rooms of course, which evoke the characters in their novels, but also overflowing with books, coins and manuscripts from collections.

” I bought my first establishment in 1988. And as I am a great collector of books in addition to the hotel business, I had the idea of mixing these two worlds“, explains this fanatical reader. The story began to be written in 2013 with the opening of the Hôtel Littéraire Le Swann in Paris, as a tribute to Marcel Proust. ” The writer who is closest to my heart,” says Jacques Letertre. Located near the Saint Lazare train station, the hotel has 81 rooms, all different and all referring to a character from La Recherche 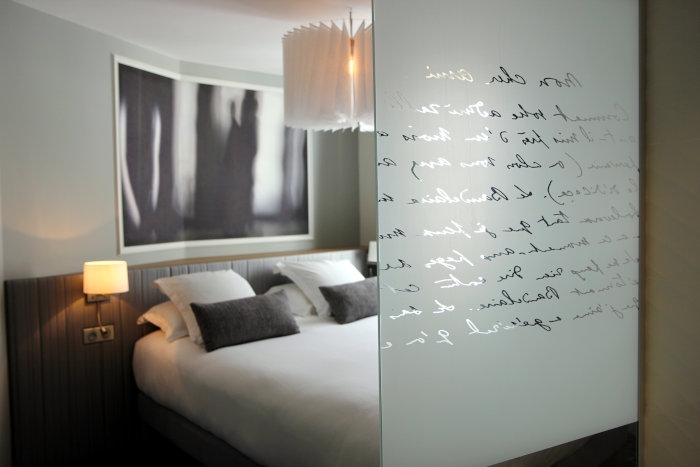 Room at the Hôtel Littéraire Le Swann, in Paris.

The Société des Hôtels Littéraires has not wasted its time since then and has opened other establishments, all affiliated to the Best Western network. In Paris, they evoke the work of Rimbaud and Marcel Aymé, in Rouen that of Flaubert, Alexandre Vialatte in Clermont-Ferrand or, for the last volume, Jules Verne in Biarritz. Why these choices? It’s totally arbitrary, ” explains the group’s founder. I like a writer, I have him in my collection, the link lends itself to it and we do it. For example, I had to make a hotel for Rimbaud. From the day you read him, from the day you discover a language never spoken before, the world becomes different. This poetic hotel with 42 rooms is located in the 10th arrondissement of Paris

In Montmartre, the choice fell on Marcel Aymé, the hotel being next to the house of the author of the Tales of the Perched Cat. But I could have imagined dedicating it to Mac Orlan or Céline,” says Jacques Letertre. With the latter, it’s certain that I would have had some press, but is that an advantage

If dedicating a hotel to Flaubert in Rouen was logical, in Clermont-Ferrand, the founder of the group swung in his choice between Pascal – rejected, because a little too austere – and Alexandre Vialatte “at the same time translator of genius of the work of Kafka, immense chronicler in the daily newspaper La Montagne and creator of Michelin’s advertisements before the war“, describes Jacques Letertre, underlining another reason for this mischievous choice: “being good with Michelin and the region’s major newspaper, it can’t hurt. ” Finally, last summer saw the opening of the Hôtel Littéraire Jules Verne in Biarritz. ” As a child, I used to read his books during my holidays by the ocean. Biarritz reminded me of this memory, but the city also corresponded to the author’s era

To create this one, like all the others previously, the narrative process is the same: take a city-centre hotel that is destined to become four-star, move it upmarket, and decorate each of the rooms according to the universe of the works chosen, with a framed quotation here, a novel there, and original watercolours by Jean Aubertin. ” For the hotel in Biarritz, we spent 4.5 million euros to completely refurbish the hotel, remove rooms, and fill the hotel with hundreds of books in several languages, including books that the Empress Eugenie had bound for her son that I had in my collection,”

The Société des Hôtels Littéraires has taken advantage of the past period to renovate all its hotels, adding new suites, redecorating the lobby, or even redoing the entire hotel, as in Biarritz.

This investment plan, which was initially planned over three or four years, was completed in one year,” notes the founder of this company, who foresees a lasting change in traveller behaviour: ” Those who have not understood that they need to modernise and adapt to new expectations will not be able to resist in the long term. 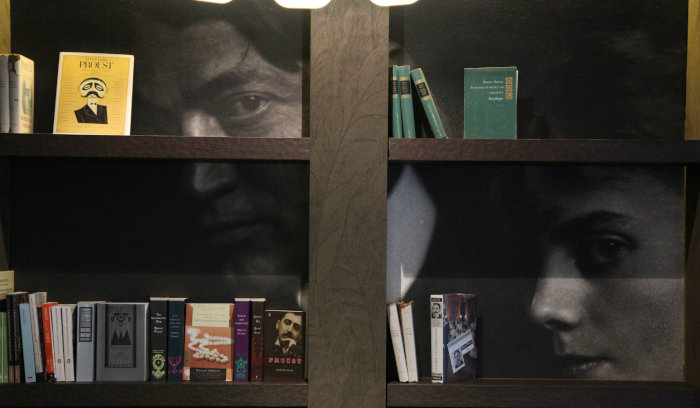 Library of the Le Swann hotel.

With its particular positioning, the Société des Hôtels Littéraires benefits from a loyal and cultivated clientele, notably among the Society of Friends of Marcel Proust and those of Marcel Aymé, but also fans from abroad, ” Flaubertian Indians or German Proustians“, quotes Jacques Letertre. But the business clientele is also present in the hotels, because of their central and practical location or because they like this cultural spirit.

This also applies to event spaces, as the place of hotels in the cultural world makes them a natural meeting place. ” In Paris, there is not a week that goes by without us hosting a book launch, the announcement of a play or the presentation of an exhibition.”

As for the next hotel, one thing is certain, it will be dedicated to Colette. ” During the book fair, we took a poll and gave five names, all women. She came out a few votes ahead of Georges Sand and Marguerite Yourcenar“. It remains to be seen where… ” It’s a real subject. In the Puysaie, her region, it is difficult to find a complementarity between leisure and business tourism. The corner of the Palais Royal where she used to live in Paris would be ideal, if not for the price of the square meter. Why not also Saint Malo where the action of Le Blé en herbe is located? You have to take your time and not make any mistakes. In any case, there are still plenty of authors and plenty of cities, Caen, Lyon, Bordeaux, Tours, Nantes… “. And even now that Jules Verne has already been taken by the hotel in Biarritz? ” I’ll find another great Nantes author!“concludes Jacques Letertre.

ITA signs up with Airbus Industrie for its future fleet

Videoconferencing: business travel in the UK will put up a fight