The American group Wyndham continues its expansion in Europe 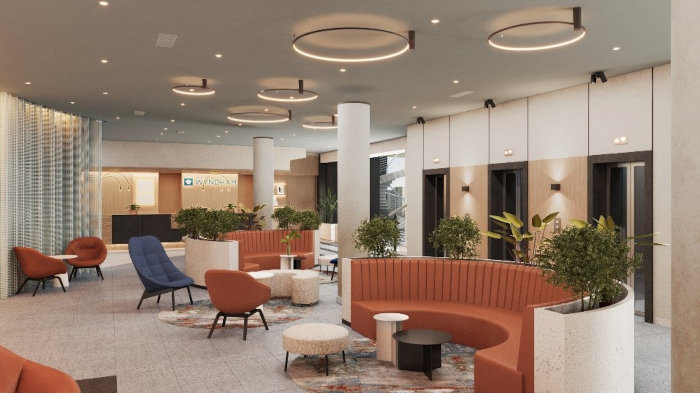 One of the world’s largest hotel franchisors, along with its American counterpart Choice, the Wyndham group will continue its international expansion with a wide range of openings planned for 2022 across Europe, the Middle East and Africa. With nearly 9,000 hotels in nearly 100 countries around the world, the hotelier is known for its eponymous Wyndham brand, the Tryp and Ramada brands and Dolce, which is positioned in the MICE market.

By 2021, the American group had already recorded the opening of nearly 300 establishments in Europe. Business destinations include two Dolce hotels in Denmark, in Copenhagen and Odense, and the launch of its Trademark Collection

, which has benefited from the conversion of hotels in Brussels, Manchester, Sheffield, Budapest and Bucharest. Among its 18 openings, the Ramada brand has also expanded its footprint in Eastern Europe with new hotels in Tbilisi, Georgia, and Targu Jiu, Romania.

At the same time, the U.S. group has maintained its position as the largest international hotel player in Turkey with an offering approaching 100 hotels in the country, including new Days Inns in Istanbul and Ankara, marking the country’s debut of this budget brand. In the Middle East, Wyndham took advantage of the World Expo in Dubai to launch two of its brands in that market – La Quinta and Days Inn – while adding Howard Johnson and Ramada hotels.

” We are proud to look back on what Wyndham has achieved across the EMEA region, despite the ongoing challenges and disruptions in the travel industry

,” said Dimitris Manikis, president, EMEA, Wyndham Hotels & Resorts. However, the group is also looking ahead and expects a number of openings again this year in 2022. In April, for example, the upscale Wyndham brand will arrive in Poland, in the heart of the historic city of Wroclaw, with a 205-room hotel with 11 meeting rooms that can accommodate more than 400 people. In Germany, in addition to the recently opened Wyndham Garden Munich Messe, in a business district near the International Congress Center, Wyndham will continue to grow its Super 8 economy brand.

See also  Rosewood: a luxury hotel in Sao Paulo, in the early stages of a global expansion

Other Wyndham hotels announced this year include a hotel in Nicosia, located in the main square of the Cypriot capital, with conference space, and a 278-room business hotel in the West Bay business district of Doha. At the same time, the U.S. group will strengthen its prime position in Turkey with Ramada, Ramada Encore and Days Inn by Wyndham properties expected in Istanbul, Rize and

Elbistan, while continuing to expand in Kazakhstan, Uzbekistan and Georgia.

French Riviera – Travel along the southern coast of France