The 25hours brand expected in Copenhagen and already established in Dubai 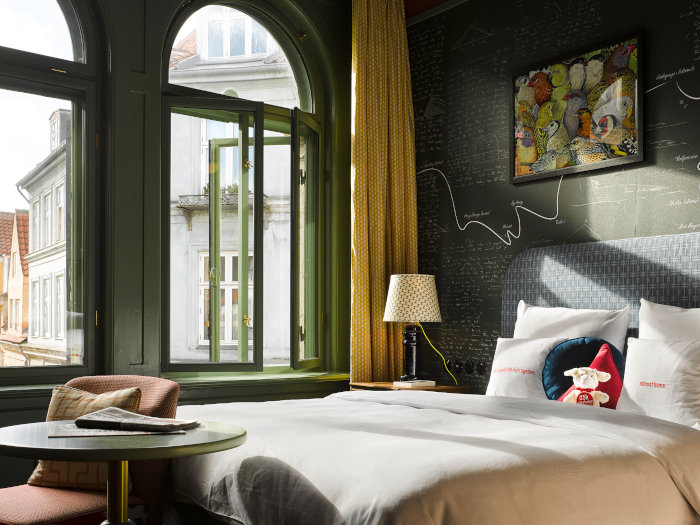 Room at 25hours Indre By in Copenhagen. (c) Stephan Lemke

Continuing its expansion in Europe and around the world, 25hours will offer a new hotel in Copenhagen in mid-March. This brings to 14 the number of establishments for this lifestyle chain, which was launched in 2005 in Germany and has been an Accor partner since 2016

, with the French group owning 50% of its capital and having integrated 25hours into the Ennismore joint venture, which is dedicated to the development of lifestyle hotels.

Like all other 25hours, this new hotel benefits from an attractive location and plays on a design mixing contemporary with vintage, a strong taste for music, and a friendly and trendy gastronomy. So many things that can be found in Copenhagen

, starting with an ideal location in the heart of the Danish capital. With direct access to the pedestrian street Købmagergade, 25hours Hotel Indre By – “Indre By” meaning city center in Danish – is located near Kongens Nytorv and Nyhavn harbor, while the Nørreport train station, with its direct connections to the airport, is only 300 meters away.

The 25hours Indre By is part of a complex of four buildings, one of which is newly constructed and the other three dating back to the 19th century, housing the Royal Porcelain Factory and later the law and theology faculties until 2017. The place where students liked to meet in those days has become the heart of the hotel, the Assembly Hall, a meeting point for travelers to have a coffee before starting the day or a drink in the early evening.

Designed by London studio Martin Brudnizki Design, the hotel offers 243 rooms, some with a small terrace and access to the secret garden. On the dining side, business travelers will find 25hours’ flagship concept, the Israeli-inspired restaurant Neni, as well as an Italian-style café, Duse, with pastries designed by chef Melissa Forti and, in the basement, the Boilerman Bar, where guests can enjoy a drink in a musical atmosphere. There is also a large wellness area and classic or electric bicycles are available to visit the city. As for business travelers, they will find intimate spaces for relaxed exchanges such as the Vinyl Room, a coworking space and two meeting rooms for 15 people, called Opinion and Style.

25hours is spreading its lifestyle spirit in Europe and beyond

After this first opening in Copenhagen, the brand already has a second address in mind for 2024. Still in the city center, the future hotel will be located on the island of Christiansholm and will be part of the contemporary evolution of “Paper Island”, the island

which was once known as the home of the giant paper rolls for Danish newspapers. This new urban destination will feature a 128-room hotel with a ground-floor restaurant, a rooftop bar and two houseboats docked in front of the hotel, which could house a sauna and bar 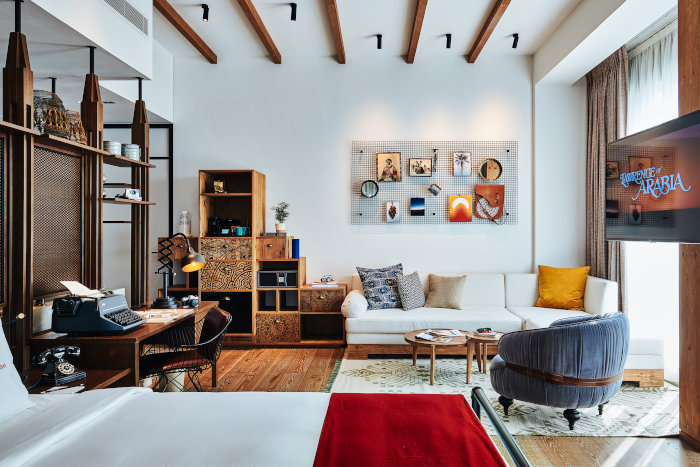 The 25hours brand, already present in many German cities as well as in Munich, Paris, Vienna and Zurich, added Florence to its list of European addresses at the end of last year. But its horizons now extend beyond this continent. While it has projects in Sydney and Melbourne, the brand appeared in Dubai last December, next to the Dubai World Trade Centre and near the Dubai International Finance Centre. However, the 25hours One Central Dubai stands in contrast to traditional business hotels with its Bedouin decor and design created in partnership with the architectural firm Woods Bagot. ” This is the most exotic 25hours project I’ve experienced

Indeed, the 434 rooms play on a “glamping” style, of luxury camp in an urbanized version for the rooms, and artists’ villages for the suites. As for the hotel’s largest suite, the Hakawati, it covers 228 m2 and 52 m2 of terrace and is decorated with three rooms, a dining table that can seat 10 people and two bars with a dance floor and DJ corner.

This festive side of 25Hours continues with several restaurants and bars inviting you to a culinary journey around the world. These include the Tandoor Tina, combining British and Indian cuisine, a trendy rooftop bar, the Monkey Bar, similar to the one at 25Hours Bikini in Berlin, and a Bavarian-style beer garden.

To enhance their free time, hotel guests can take advantage of a rooftop pool, a spa and a women’s hairdresser, a library with thousands of books spread throughout the hotel or a pottery workshop, a game room and a podcast studio. Those nostalgic for the pre-Spotify era will also find 500 vinyl records and a Walkman station to go back in time. However, due to its location in a predominantly business district, the 25hours Hotel One Central can take on a more studious air with a fully equipped coworking space, meeting rooms and 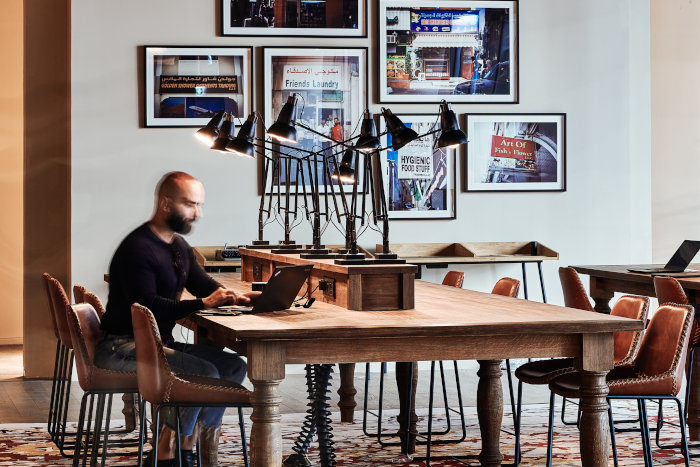 Go to Lake Como for 48 hours

Thailand: why does it attract travelers?