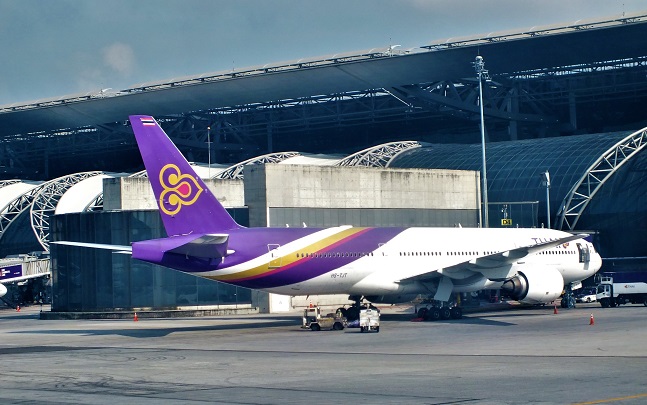 Thai Airways International is expanding its routes to Paris and Brussels (Photo: LC)

After two years in the wilderness, Thai Airways International

presenting a summer schedule more in line with its status as an intercontinental airline. This resumption follows the easing of entry restrictions in Thailand. The Kingdom is expected to continue to ease restrictions (see box).

The two carriers are thus offering 69 destinations this summer. This compares to 82 destinations in 31 countries served before the pandemic. But this is a qualitative leap compared to 2021. Last year, Thai Airways served about ten destinations with one or two weekly flights while Thai Smile operated only domestic flights.

Among the new features on the intercontinental network, Thai Airways International confirms its daily flight on the Paris CDG-Bangkok route as well as an increase in service on the Brussels-Bangkok route. Starting July 2, the airline will offer three weekly flights from the Belgian capital instead of two.

In the rest of Europe, Thai is increasing its frequencies to Copenhagen, Frankfurt, London Heathrow and Zurich. It is also returning to Munich with a daily frequency. The airline also offers some direct flights from Phuket to Frankfurt and London throughout the summer season.

See also  Munich to have more airlines this autumn

The return of the Bangkok hub

Intercontinental and regionally, the company maintains a very light network to Australia with only four weekly flights to Sydney and Melbourne. Thai does not intend, according to the company’s schedule, to take over the destinations of Brisbane, Perth or Auckland in New Zealand for the moment.

In Asia, China is still missing except for one flight per week to Chongqing with Thai Smile. On the other hand, the company operates flights to Hong Kong and Macao. In Japan, Thai is once again flying to Tokyo-Narita, Nagoya and Osaka. It will resume a daily flight to Tokyo Haneda from July 1. Seoul and Taipei are again served daily (Taipei from July 1).

The carrier is also returning to daily service to several Southeast Asian cities. This is the case for Manila, Singapore (one daily flight, then 11 flights/week from July 1), Kuala Lumpur and Jakarta (daily frequency again from July 1). Thai Smile also serves Jakarta, Kuala Lumpur, Bali and Penang in

Finally, to the Indian subcontinent, Thai Airways already flies to 4 cities in India (Thai Smile to 6 cities). Both carriers also serve Colombo, Dhaka, Kathmandu and Islamabad, Lahore and Karachi in Pakistan. Here, too, the company is planning an increase in frequencies between May and July.

Compared to the summer of 2019, all routes to mainland China, Busan in Korea, Fukuoka and Sendai in Japan as well as a large number of flights to Australia are still missing from the Bangkok connecting network. In Europe, Italy, Vienna and Oslo are no longer served.

However, the accelerated reopening of countries around the world should allow Thai Airways to resume full service by winter. In a scenario of a fully controlled pandemic and stabilized oil prices

BOX: THAILAND ON THE MOVE TO LIFT ALL RESTRICTIONS

The resumption of Thai Airways flights is based on the opening of the kingdom’s borders. Measures that continue to be relaxed. From April 1st, travelers to Thailand will no longer have to perform a PCR test 72 hours before departure. A PCR test on arrival and a 24-hour quarantine in a hotel while waiting for the result remains mandatory. On the 5th day, an antigenic self-test will be required as well as the obligation to register on the covid tracking application.

However, there is increasing talk of a lifting of all rules on June 1. This time, under pressure from Thailand’s neighbors who are moving faster towards normalization of borders. Cambodia, the Philippines and Vietnam are already fully reopened without conditions. On April 1st it will be the turn of Indonesia, Malaysia and Singapore. The latter country is abolishing its VTLs – travel corridors for vaccinated persons.

Thailand, taken by surprise by its neighbors, will probably have to align itself with the others to preserve its tourism activity, which represented 20% of its GDP before the crisis…