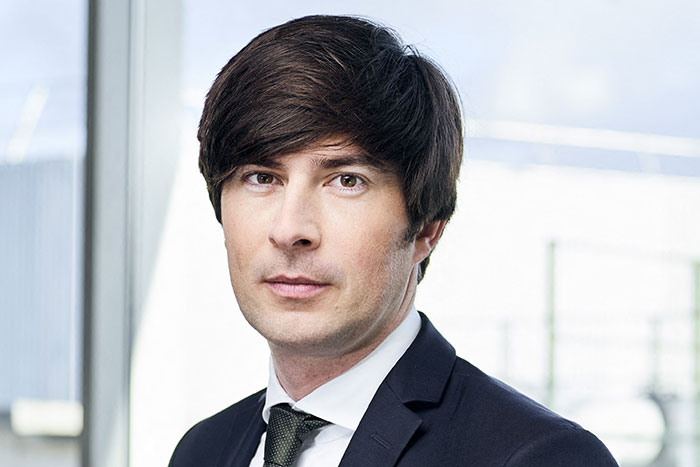 After 15 months of closure, how do you envisage the resumption of activity?

Pablo Nakhle Cerrutti – For Viparis, 2021 will be similar in every way to 2020. Last year, we worked from January to mid-March, i.e. two and a half months, with, in addition, some activity in September. In 2021, we’ll be working for roughly three and a half months, from September 2 with the Maison et Objets show to December 15, with the boat show, to which we can add a few events in June.

Will this restart live up to your expectations?

P. N. C. – The second half of 2021 will be rather paradoxical. On the one hand, there is a positive point: the number of events planned over this period is equivalent to that of 2019. This is due to the combination of postponed events that could not be held in the first half of the year and the recurring effect of shows that are held every two years, such as Maison&Objet or Who’s Next. On the other hand, the number of exhibitors and the surface area dedicated to trade fairs were divided by two. Viparis’ activity is therefore starting up again at 50% of what it was before the crisis. Added to this is the uncertainty regarding international events, particularly corporate events. We have no visibility on the evolution of travel restrictions. And, at the same time, some multinationals are still prohibiting their employees from travelling or participating in gatherings. The corporate segment will probably take the longest to recover. But, as it is a pro-cyclical sector, the day it starts to recover, it will start again strongly. You have to be patient.

P. N. C. – If things continue to pick up at their own pace, we should have a good year in 2022 and return to pre-crisis levels in 2024, thanks to the Olympic Games. Paris, and therefore Viparis, has an incredible opportunity in this crisis, to host the first major post-crisis world event, in addition to the Rugby World Cup the year before. This will accelerate the return to normalcy. 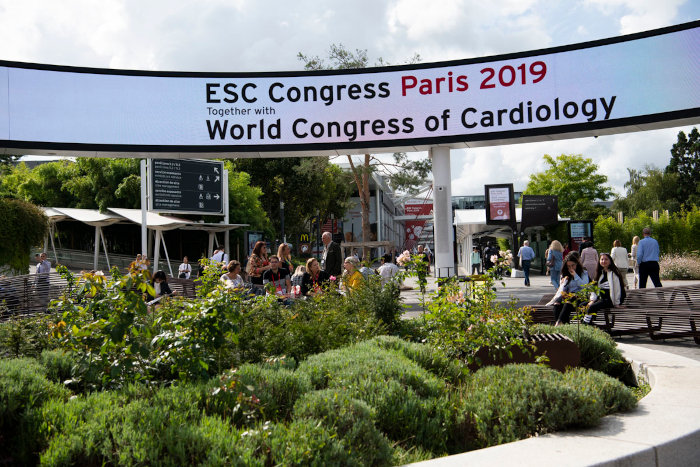 Over the last few months of 2021, Viparis expects a number of events equivalent to 2019. (c) Bullit

Nevertheless, the crisis should not be without effect on the world congress market. What changes are you expecting?

Spain, France and Italy. In the future, however, global companies and exhibitors will not be thinking in terms of individual countries, but in terms of Europe. They will ask themselves which trade fairs will enable them to penetrate this market. As a result, between the four, there will perhaps be one or two too many. This logic of rationalization is also seen in the corporate world, especially in the tech world. For example, Microsoft used to tour sixteen cities a year, which is almost the whole year. Now, they will limit themselves to four destinations. So we’re going to have to fight.

Could this increased competition be harmful to Paris?

P. N. C. – The competition is going to be even more violent, because we all closed at the same time and we’re all going to start up again at the same time. There is no longer any acquired position, nor any advantage. But Paris has a way of getting by. It is the leading city for trade fairs in Europe and the leading city in the world for congresses. As far as conventions and events are concerned, the competition is between major cities. Of course, the investments made by Viparis are taken into account, but in the end, what the major international clients buy is Paris, its heritage, its art of living, its sense of innovation. Paris is still one of the ten cities with a worldwide reputation. In Europe, it is the only one in this case with London. The other metropolises have a more European vocation

Paris remains one of the ten cities with a global reach. In Europe, it is the only one in this case with London.

Do you also expect a rationalisation of the trade show market?

P. N. C. – A trade show is only a reflection of the economic area in which it is located. France is the world leader in the food industry, so SIAL will necessarily be in France, in Paris, and not elsewhere. The same goes for the Paris Air Show, France being the great country of aeronautics, or everything that revolves around fashion and luxury. On the other hand, there may be a reconfiguration of the building trade fairs, as the Germans are stronger in this area. Germany has a strong trade fair tradition and will undoubtedly gain market share. However, we must also bear in mind that the competition between German cities is fierce. In the end, there will probably be a double-edged sword, with European cities playing a key role in hosting trade fairs and global cities involved in major events. And these will be in Paris or London and nowhere else. Viparis’ niche is to attract major international events and to try to make them sustainable. The Salesforce World Tour that comes to the Porte de Versailles, for example, is twice as big as the Paris Motor Show. 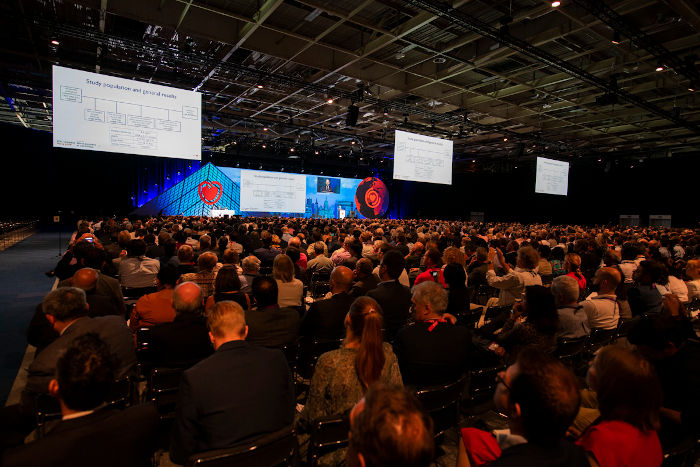 The Paris Convention Centre, the largest convention centre in Europe.

While digital technology has proven to be a credible alternative to physical meetings, are you concerned about this competition?

P. N. C. – I believe in the future of this business. Business travel is definitely going to change. Instead of going to see your subsidiary in the United States four times a year, you will probably only go once or twice and the rest will be done by videoconference. On the other hand, the model of the professional gathering where you can see your prospects, your customers, your suppliers, and the innovations in the sector at the same time, that will come out on top.

However, what will make a participant prefer the physical meeting to the digital format?

P. N. C. – The content of the event is very important in this context. Partitioned formats will disappear. Take Vivatech. You have stands, and it’s a trade show, but you also have keynotes, and it’s a conference. Finally, you have parties around it, and it’s an event. This notion of “festivalisation” will gain weight. Having sites that are pleasant to live in, where you eat well and sleep well, is also essential. I bet that in the years to come, you will even see wellness stands or spas appearing on the exhibition sites. The non-European delegate doesn’t want to have to walk more than 10 minutes from his hotel to attend his event, but paradoxically he wants to go home saying that he has discovered the city. The experience we can bring to him is thus essential. But this is a thought that we already had, as shown by the opening of the Mama Shelter and Novotel hotels at the Porte de Versailles or the restaurant-lounge Le Perchoir.

As with many other things, the pandemic will accelerate changes that are already underway.

P. N. C. – This crisis is indeed the catalyst for these weak signals. We’re going to have to bring life back to our venues, and what Viparis has done at the Porte de Versailles is just the beginning. Next year we will open the CNIT at La Défense, where we have worked on the atmosphere and the CSR dimension of the place. In the near future, I hope to be able to present to you the renovation of the Palais des Congrès, which will eventually be completed. We’re going to revisit all our sites, square by square, with a view to experience, flexibility and digital technology.

Digital and CSR: how do you approach these two subjects, which are more than ever in the air?

P. N. C. – Having connected sites is obviously key and we are working on it, for example to move to 5G before others, to offer high density WiFi, Bluetooth for geolocation or LoRa for transporting information for connected objects. CSR issues are obviously just as important. We are in the process of completing the Viparis carbon footprint, which will make it possible to estimate the carbon cost of participating in an event, even if many external elements escape us, such as travel and freight. On our side, we are also working on the maintenance products for our green spaces, short circuits, water consumption and the use of buildings.

What about the completion of the modernisation of the Porte de Versailles?

P. N. C. – Phase 3, which consists of the renovation of halls 2 and 3, has been put on hold for the moment. We were not able to do it during the pandemic and, as the Porte de Versailles will be an Olympic site, the City of Paris has asked us to postpone the start of the work until after 2024. The only things planned for Porte de Versailles are the Mixcité project with two hotels to be built between now and the Olympics: an Eklo hotel in Vanves, a sort of revamped youth hostel, and another one from the German budget chain Motel One in Issy-les-Moulineaux. We needed to have inexpensive hotels, because the people who come to the trade shows are not only senior executives who make expense claims, but also fitters and congress participants who come from all over the world and do not always have a large budget 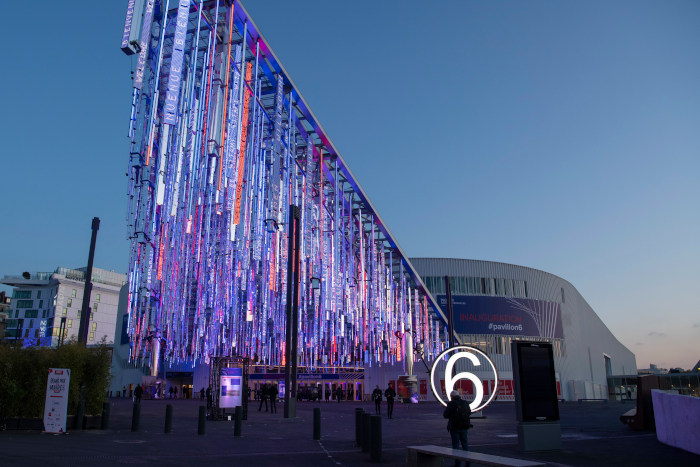 Hilton: a hotel and convention center combo for Bangalore

Accor to enter Guinea with two Novotels and Novotel Living