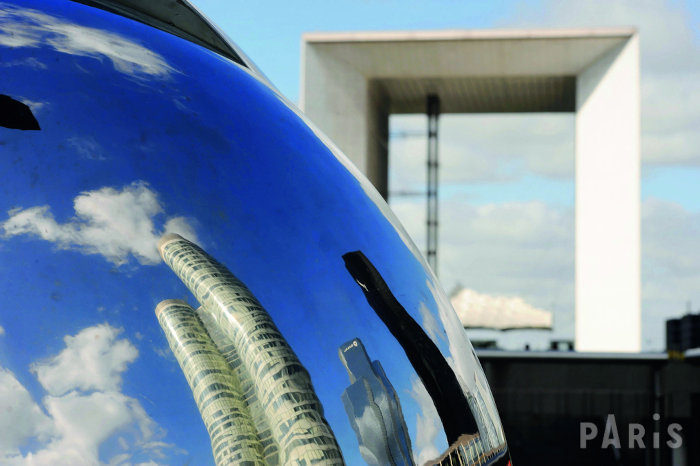 The Paris hotel industry has been in a recovery phase since September according to STR. Paris Tourist Office – Photographer: Jocelyne Genri

Without prejudging the weeks to come and the consequences of the acceleration of the epidemic, the hotel industry is well on the way to recovery in the European market. Admittedly, the recovery of activity has taken longer on this continent than elsewhere. In the first nine months of 2021, hotel occupancy stood at 40%, compared with 56% in North America, 54% in China and 53% in the Middle East, according to the specialist firm STR. The European hotel industry has only returned to just over half the levels achieved in 2019 (54%), while North American, Chinese and Middle Eastern establishments have all returned to over 80%. Still down, then, but on an upward slope. According to Rosianne Kindler, STR’s analyst for the French market, ” we see an exit from the crisis from September onwards, with all countries exceeding 50-60% of the levels reached in 2019

” . And even better for the UK, a market less dependent on international customers, where attendance exceeds 80% of pre-covid levels.

While, over the first three quarters of 2021, Paris, Lisbon, Rome, Brussels and Amsterdam recorded an occupancy rate of less than 25% and between 25% and 50% for London, Madrid and Berlin, a clear improvement has been noted since the summer in all these capitals. While Lisbon, Rome, Amsterdam, Brussels and Vienna did not exceed 50% occupancy in September, other major cities such as Paris (51%), Warsaw (56%), London and Copenhagen (58%), Berlin (61%), and Moscow and Istanbul with 69% occupancy rates, have passed this mark. ” From September onwards, we saw the main markets return to weekday levels above 60% of what they were in 2019, and even close to 80% on certain weeks

“, remarked Rosianne Kindler during a presentation of these results. At the same time, hoteliers have been able to maintain their rates since the start of the school year, with average prices ranging between 90% and 110% of what they were before the pandemic.

See also  Me by Melia: a new luxury and lifestyle hotel in the heart of Barcelona

In addition to Paris, this recovery is also noticeable, even more so, in the major French cities. Driven by domestic travel, Bordeaux, Lyon, Marseille and Nantes have seen their hotel occupancy return to more than 60% of 2019 levels over the first nine months of the year, with Lille, the Côte d’Azur and Paris lagging further behind. However, over the period from August to October, the Paris hotel industry has regained some colour with the return to school (63%), while Bordeaux, Lyon and Nantes are approaching pre-covid performance – around 90% – and Marseille is flirting with 2019 results (97%). All of this with average prices exceeding pennies per square metre.

In addition, the hotel industry has been able to increase the rates offered by hotels in 2019.

Lyon, Lille and Marseille, for example, took advantage of MICE trade fairs and events such as Sirha or the International Cybersecurity Forum to boost hotel occupancy and results in these cities. STR is not the only firm to have noted this clear improvement in the French hotel industry. ” The recovery of professional events has breathed new life into the sector’s revival, the occupancy rate has thus continued to rise, and the performance gap is narrowing in comparison with 2019“, estimated Olivier Petit, associate director at In Extenso Tourism, Culture and Hospitality on the occasion of the unveiling of the September results showing an occupancy rate of 61% (-19% vs. 2019) across France.

Will this upturn continue for the European hotel industry? According to STR’s estimates based on the next 90-day booking status as of Nov. 22, Paris and London were holding up well into the holiday season. However, STR also noted that the new restrictions in the Netherlands had led to an immediate wave of cancellations in Amsterdam.

Beyond the continuing uncertainties, STR expects domestic tourism to return to normal in 2022 and intra-regional tourism to pre-covid levels in 2024, while long-haul tourism should remain at low levels until then. While leisure tourism will primarily support hotel activity, the research firm also expects a gradual normalisation of business travel – excluding long-haul – in 2022 and an improvement in the MICE segment.

In the end, according to STR, the decline in occupancy rates, which was 60 pts compared to 2019 at the end of last year, should no longer be -26 pts at the end of 2021 and -8pts at the end of 2022. As for average prices, they should be back to their previous levels by next year. Positive, Rosianne Kindler believes that ” demand will continue to recover and exceed 2019 levels as soon as there is less uncertainty. The desire to travel and socialise will endure.”

Luxembourg puts gold in its wine in the Moselle Valley