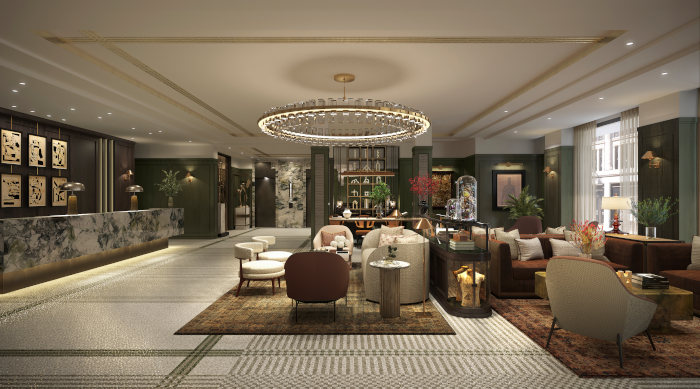 The future St. Regis in London.

Several hotel owners have announced that they will be handing over the reins of their businesses in London, with a luxurious St. Regis expected to open in 2023 in the Westbury Hotel, while a Hyatt Regency will replace the Crowne Plaza London The City in July. The latter, having embarked on the first phase of a vast renovation program, the Hyatt Regency London Blackfriars, will be converted to the Hyatt group’s business brand.

Located not far from St. Paul’s Cathedral and close to Blackfriars tube station, in a listed historic building, the future will put its stamp on a property that once offered more than 200 rooms and suites. Among the details unveiled by the American group, the Hyatt Regency will allow guests to easily transition from work to play, mixing meeting spaces and fitness center, cocktail bar with outdoor space and dining venues, with a New York-style bistro and a Chinese restaurant on the menu.

” This hotel is a testament to Hyatt’s confidence in London as an attractive destination for business and leisure travelers,” said Felicity Black Roberts, vice president of European development for Hyatt. With this new hotel, Hyatt’s offering will reach the 10-strong mark in the British capital, including the Great Scotland Yard Hotel andAndaz London Liverpool Street

, and the Hyatt Regency and Hyatt House London Stratford, which are expected to open soon. 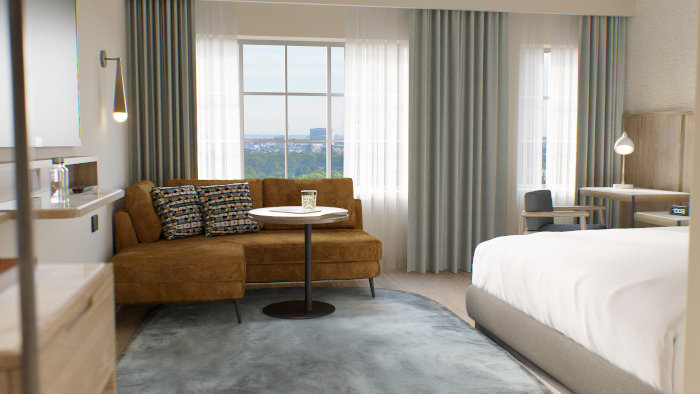 For its part, the Marriott group is preparing the installation of its luxury brand St Regis, scheduled for 2023 in a neighborhood that reflects the prestige of the brand, that of Mayfair, at the corner of Bond Street and Conduit Street. Here, too, the former Westbury Hotel, which is about to be transformed, has begun a phase of work under the direction of Peter Newman-Earp, Morrison Design, and Richmond International for the interiors.

This transformation will see the addition of an eighth floor, but some things remain unchanged, such as the announced preservation of the Polo Bar, originally designed for the American Phipps family, creators of the Westbury Hotel in New York and London. Like a link between the brand’s new home and its original location on 5th Avenue. Another link is the butler service offered everywhere by the

s St Regis, in the British tradition. Combining timeless glamour with an avant-garde spirit, the hotel will offer 196 elegant and sophisticated rooms and suites, as well as a signature restaurant, a speakeasy-style jazz bar, and a fitness center and spa.