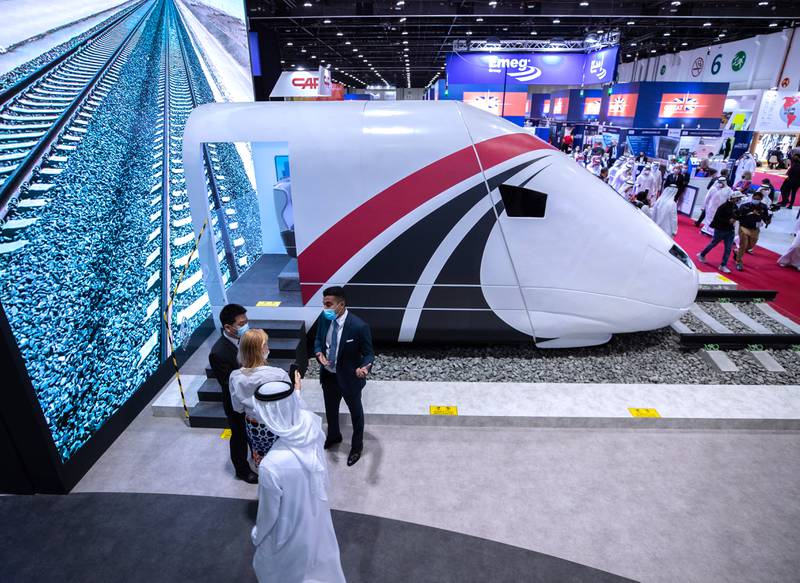 It would be a revolution in the country where planes and big sedans are kings and queens: a high-speed train system linking all the metropolises of the United Arab Emirates

While the Middle East Rail 2022 conference is being held in Abu Dhabi, Shadi Malak, CEO of Etihad Rail, the developer and operator of the UAE’s national rail network, has revealed the progress made to ensure the country’s rail connection. And finally allowing travelers to switch from planes or cars to a more environmentally friendly mode of transport.

Rail is the future of the UAE

“We are in a privileged position to change the face of logistics and mobility in this country, helping to connect industries, businesses and people, supporting tourism, while making rail a cornerstone of the UAE’s overall government initiatives,”

he said in his speech.

He said in his opening speech at Middle East Rail 2022.

On Etihad Rail’s services, Shadi Malak explained its strategy: “We want to use a customer-centric approach. By introducing a cheaper, faster, more reliable and sustainable service, rail will change the public perception of how we transport our goods and ourselves. This gives rail the opportunity to lead the way in logistics and mobility solutions in the U.A.E.”

The network will extend 1,200 km from the Saudi Arabian border to the Omani border. A first section has already been completed. Since 2016, trains have been running between Shah in the center of the country and Ruwais in the west. Work is now focusing on the core of the line’s traffic: the Abu Dhabi/Dubai section. This link between the two emirates is 256 kilometers long and includes 29 bridges, 60 level crossings and 137 drainage channels. The rail link became effective in March.

launch date of the passenger line and the exact route of the service are not known. However, Shadi Malak gave some details during the conference: “28 months after construction began, we have completed more than 75% of our network,” he said. This would make it possible to anticipate an opening around 2024 at the latest, based on the figures of the CEO of Etihad Rail.

The line is expected to carry more than 36 million people per year by 2030. Passenger trains will run at speeds of up to 200 km/h and connect 11 cities and regions. Each train will carry approximately 400 people. On Abu Dhabi-Dubai, this would result in a journey time of 50 minutes and 100 minutes between Abu Dhabi and the emirate of Fujairah. <img src=”https://www.voyages-d-affaires.com/wp-content/uploads/2022/05/et

With a rail network connecting the main centers of commerce, industry and population, rail is expected to become the most widely used means of internal transportation in the Emirates. And contribute to a significant reduction of fuel and CO2 emissions in the country.

A new revolution, as described by the CEO of Etihad Rail. “We are in a position to shape the industry, redefine business models and human behavior. I truly believe that the future of transportation is in our hands, and at Etihad Rail, we are committed to furthering the vision of our leaders and playing an integral role in transforming the U.A.E. for future generations.”

A well attended strike at Lufthansa

Andaz expected in Mexico City at the end of the year