Should you avoid Manchester Airport? 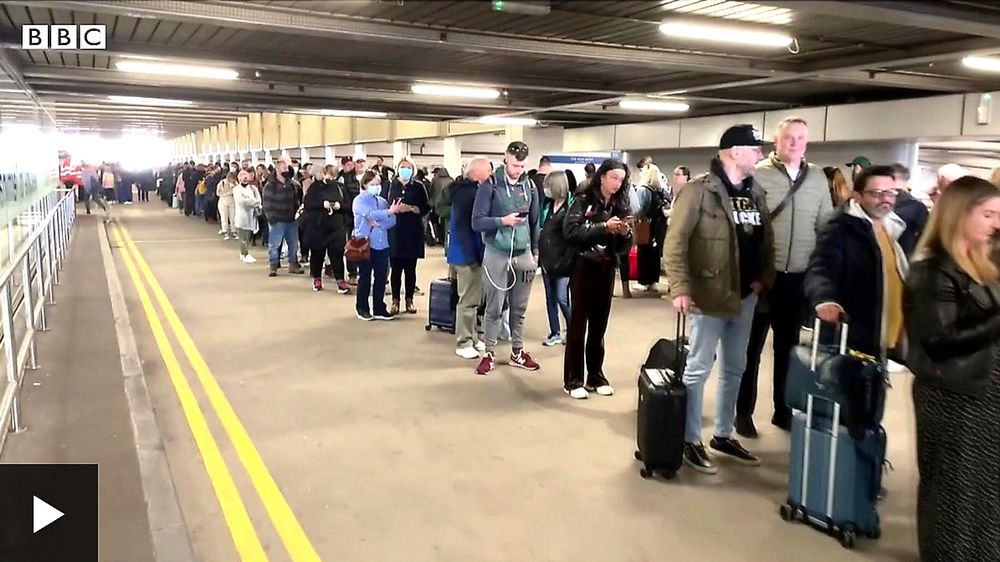 Lines of people to the outside of the terminal, stomping for up to three hours to get through security and crowded lobbies with reports of fainting and vomiting. This seems to have become a daily occurrence for passengers departing from Manchester Airport.

During the Covid, Manchester closed one of its three terminals in the face of falling traffic. In 2020, the hub had welcomed 7.03 million passengers. Last year, the airport had returned to its mid-1980s traffic level with 6.08 million passengers. The collapse of traffic has resulted in some of the staff being laid off.

And that’s where the problem lies. The airport did not anticipate the return of traffic and did not rehire staff. At the beginning of January, Charlie Cornish, CEO of Manchester Airports Group Ltd (MAG), announced at the time of the 2021 traffic results that he expected a strong recovery in 2022. In fact, in January, Manchester’s passenger traffic was back to 60% of its 2019 level, an increase of 484%. The upturn continued in February, with traffic rebounding by 1330% compared to 2021. Manchester thus passed the one million passenger mark for the first time in two years

See also  United Airlines to return to Nice in spring 2022

The opinion of the Manchester airport website (screenshot https://www.manchesterairport.co.uk)

It is therefore surprising that the airport claims to have been caught off guard. The management acknowledges that it is facing difficulties in recruiting. A spokesman for the airport told the BBC: “Our entire industry is currently facing staffing shortages and recruitment difficulties, following the most damaging two years in its history. The removal of all travel restrictions after two years, coupled with the start of the summer season, has resulted in a rapid increase in passenger numbers, which is putting tremendous pressure on our operations.”

Airport management told the BBC it was beginning to integrate 400 new agents starting this April. The airport also says it has put in place a “six-point plan that will be published very soon.” A co

However, the Manchester City Councillor indicated that it was unlikely that the problems would be fully resolved before the summer and that “to be quite honest, we are going to have delays and queues at Easter”.

The hub has also just reopened Terminal 3. But for the moment, it only welcomes arriving passengers. Due to a lack of staff it seems…

The only solution: avoid flying to Manchester. There are alternatives. Birmingham airport has many international flights and is less than two hours by train and car from Manchester. Liverpool airport is the closest to Manchester at 60 km. Manchester can be reached by car in one hour or by train in one and a half hours.

Central Asia: a Novotel Living in Almaty, a Radisson in Tashkent