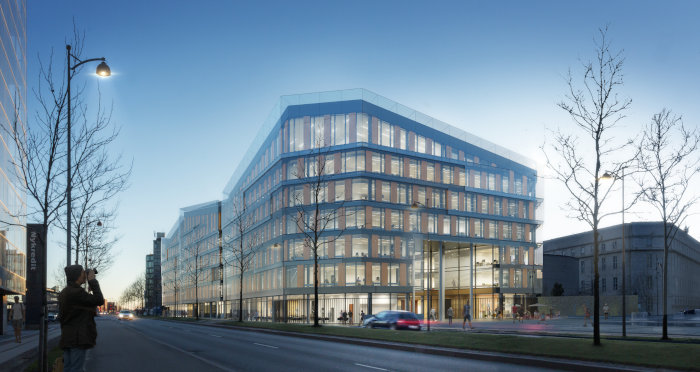 The Scandic Spectrum in Copenhagen, the group’s new largest hotel.

More than ever the leader in the Scandinavian hotel industry with more than 280 hotels, the Scandic group is reaffirming its pre-eminent position in the region with the opening of its largest hotel to date, the Scandic Spectrum in Copenhagen. Located in the center of the Danish capital, on the waterfront, the hotel offers a total of 632 rooms, all in addition to a vast MICE space. Composed of four event venues that can accommodate more than 300 people, it is complemented by nine meeting rooms on the top floor, many with access to the rooftop terrace.

A rooftop that business travelers can enjoy in the evening around a bar with a view of the city, while the top floor of the hotel is also home to the Ansvar – Greenery Lab restaurant, where chef Martin Sorensen, who has worked in the kitchens of the famous three-starred restaurant Noma, officiates. The menu is inspired by organic and local plants and ingredients, including vegetables and herbs from the restaurant’s urban garden.

Sustainability is naturally at the heart of the priorities, as always with the Scandinavian group, the hotel being Nordic Swan certified. This Nordic spirit is also felt in the design of the establishment. Designed by Dissing + Weitling, it refers as much to Copenhagen’s historic industrial port as to the local nature, using materials such as glass and steel, concrete, stone and wood.

The wellness area is also inspired by the Nordic forests and fjords, offering hotel guests a 25-meter pool, a steam room, and a Rasul thermal mud experience. Another less gourmet and more informal restaurant, Nordbo, features seafood, pizza and pasta. “The hotel offers a wide range of experiences, whether you’re on a weekend trip to Copenhagen, looking for a unique conference venue or just want to enjoy its spa facilities or a social event,” said Soren Faerber, Scandic’s Denmark director. 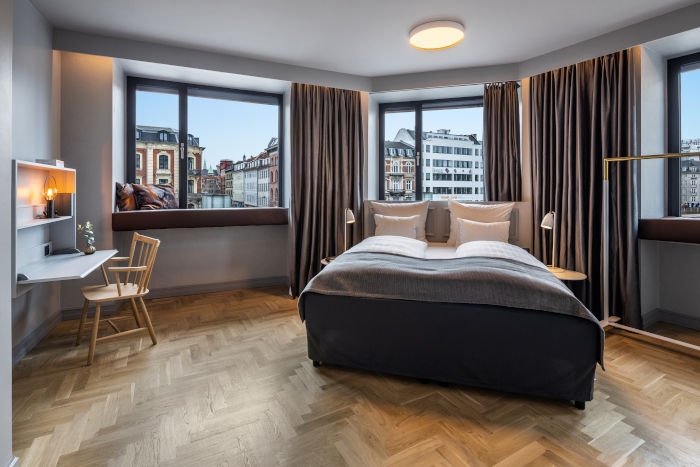 Spectrum, the group’s 30th hotel in Denmark and 14th in Greater Copenhagen, opened shortly before a much more intimate hotel of a different style in the Danish capital. Opened in early June, the Scandic Norreport has only 100 rooms for a boutique address located in the heart of the city, next to the Norreport train station.

report and the Kongens Have public garden. Charming, then, but a hotel that shares with the Scandic Spectrum a warm design, an eco-responsible approach rewarded by the Nordic Swan ecolabel and a rooftop bar, Level Six, oriented towards a menu of dishes with organic ingredients and craft cocktails thanks to a collaboration with several small Danish distilleries.

Nordic design, responsible certification – Nordic Swan in this case, and LEED Platinum for the building – and a large rooftop bar: all these ingredients can also be found on the other side of the Baltic Sea, in Gothenburg. The approach of summer has indeed proved prolific for the Scandinavian group, since in mid-June the hotelier also celebrated the opening of another MICE flagship, the Scandic Göteborg Central, in Sweden’s second largest city.

Ideally located for business travelers, just a few hundred meters from the central train station and in direct proximity to the new Hisingsbron Bridge, the hotel almost rivals Copenhagen’s Scandic Spectrum in terms of capacity, one of the largest in the Swedish metropolis. While the hotel has 451 rooms, its largest meeting room, The Grand Container, for example, can accommodate events and conferences of up to 1,000 people. The hotel also features 19 meeting rooms and a coworking space with about 100 workstations.

In addition to this strong business dimension, the Scandic Göteborg Central offers great opportunities to relax with a view of the city. Nearly 500 people can meet on the hotel’s rooftop terrace, one of the largest in the city and partly protected from the weather, like its restaurant Above, so they can enjoy it all year round. All in a “Miami” atmosphere. 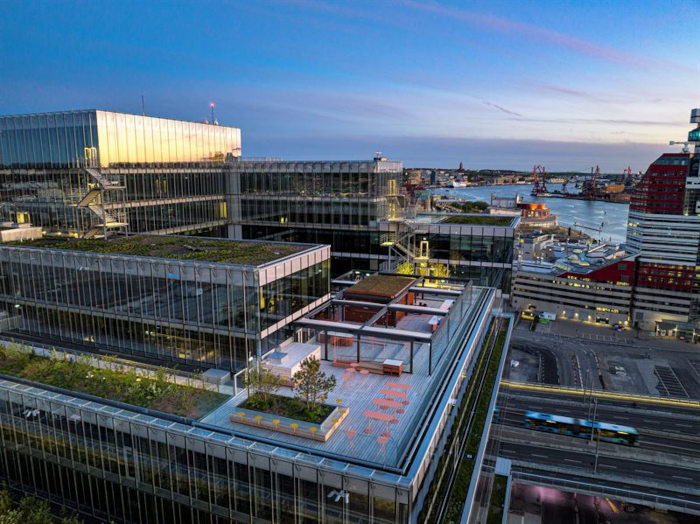 Lufthansa presents its improved business class on its latest Airbus A350