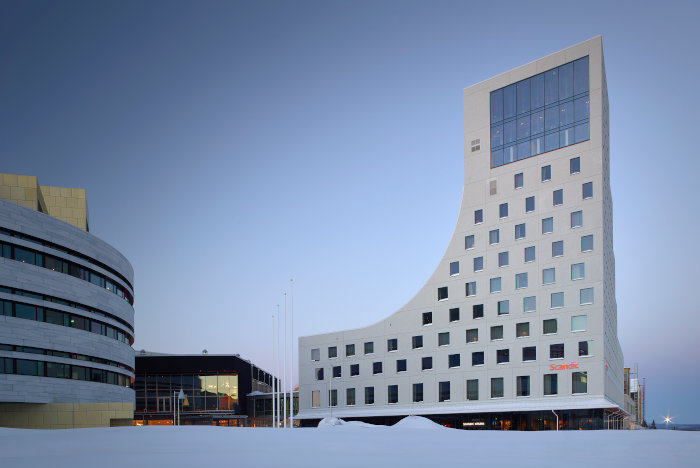 In Kiruna, the Scandic group is part of a vast urban transformation project.

, the Scandic Group continues to expand its footprint in the region, particularly in the northern Swedish city of Kiruna, home to the world’s largest open-pit iron ore mine. Due to the expansion and extension of the mine, the decision was made to move the city center a few kilometers. A vast project that runs until 2040, but which is now taking shape, with the opening of the Scandic Hotel being a true symbol of this.

The Scandic Kiruna is the first commercial hotel to open its doors in the new city center, located a shorter distance from the airport than before. While the proximity of Jukkasjärvi, the tourist mecca of Swedish Lapland known for its Ice Hotel, should attract a leisure clientele, the hotel is primarily targeting business travelers due to the industrial and economic dimension of Kiruna. A coworking space

for 10 people is dedicated to them. However, connected by a skywalk to the Aurora Kultur & Kongress conference center, the hotel is also positioned for MICE clients with seven conference rooms and a banquet hall that can accommodate up to 350 participants. 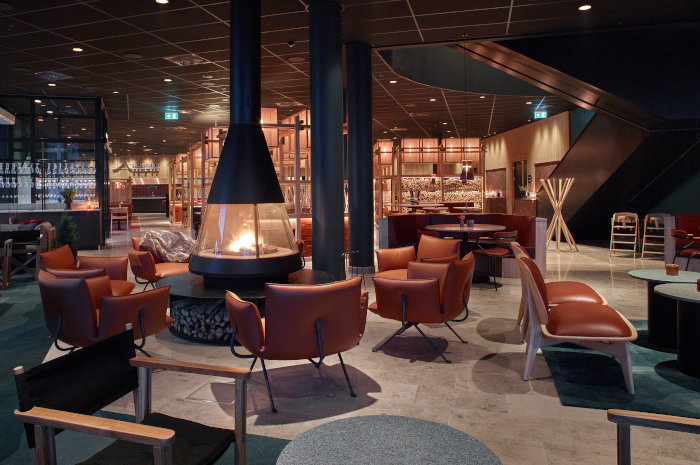 With its lobby designed as a sort of modern base camp where travelers are encouraged to meet, the Scandic Kiruna offers 231 rooms and, on the restaurant side, a Nordic-inspired restaurant led by the former chef of the Ice Hotel, Alexander Meier. Certified with the Nordic Swan Ecolabel and built to LEED Silver standards, the hotel’s design is reminiscent of the Lapporten Valley and reflects the natural beauty of the surrounding area. Guests will be able to enjoy the mountainous and urban landscape from the skybar on the 13th and top floor.

Also in Sweden, Scandic became part of another urban development in Örebro last March, one of the country’s main logistics hubs, where renowned companies such as Ericsson, Epiroc Rock Drills and SAAB Dynamics are located. It is in this business environment that the hotelier has opened its third hotel in the city in a new building complex, Örebro Entré, located in the heart of the business district. Right next to the train station, close to many company and government offices

The Scandic Örebro Central offers 160 rooms in a building that naturally respects environmental regulations. The hotel also has a restaurant and a 26-seat coworking space for mobile professionals 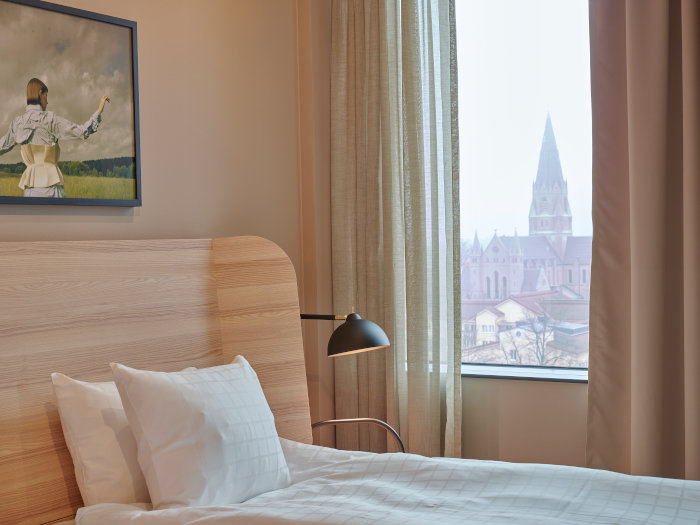 High speed made in China conquers the world