Samsung unveils an ultra premium with the Galaxy S22 Ultra 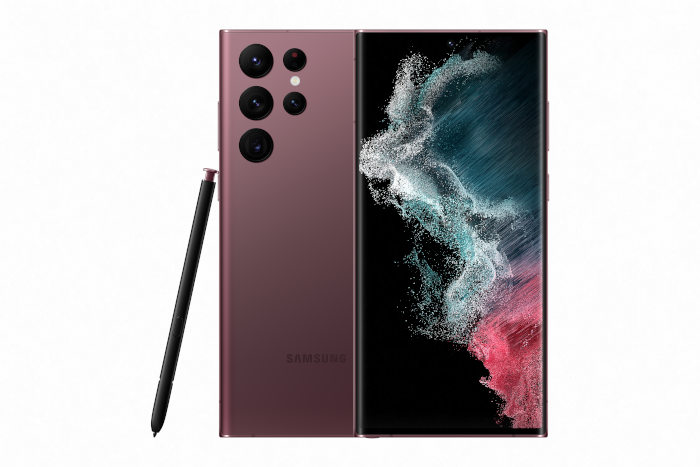 The presentation of the new generation of Galaxy S was highly anticipated given the success and performance offered last year by the Galaxy S21. Samsung unveiled on February 9 its new collection of Galaxy S22 with a premium model more than particular, the Samsung Galaxy S22 Ultra. The S ranges of

the Korean manufacturer usually highlight their performance in photos and videos. The same is true this year with the Galaxy S22 and S22+, which enrich their sensor block, not to mention optimized features in terms of sensitivity, autonomy and screen quality. But the business traveler will be more interested in the Ultra model in the lineup, which in itself marks a new collection line.

Not only can the Galaxy S22 Ultra boast, and rightly so, of its image qualities, but it can also boast of being a tool totally dedicated to productivity. Samsung’s Note

Samsung has thus combined image with productivity, the Galaxy S22 Ultra certainly condemning the Note collection of the Korean manufacturer to disappear. The stylus, which can be stored in the body of the phone, ensures fast note-taking thanks to a very low latency time of 2.8 ms. A criterion largely optimized compared to the pens of previous generations of Samsung, for a productivity always optimal.

Like the S22 and S22+, the Ultra is characterized by a chassis made of a new generation of aluminum alloy, announced as more durable. The front and rear facades are also coated with Gorilla Glass Victus to ensure an optimized resistance in case of fall. With its size, its more square format with a slight curve, and the definition of its Super Amoled screen of 6.8 inches with an adaptive response time of 120 Hz, this premium smartphone displays a design that distinguishes it from its S22 and S22 Plus counterparts.

On the image side, this ultimate cell phone has a quadruple photo sensor aligned at the back, consisting of a 12 MP ultra wide angle, a 108 MP camera module and two telephoto lenses each of 10 MP, respectively with an optical zoom of X3 and a zoom opt

ique X10. This double optical zoom is very promising for this smartphone as a last generation photophone. Especially since a fifth sensor, a laser autofocus, is added to this 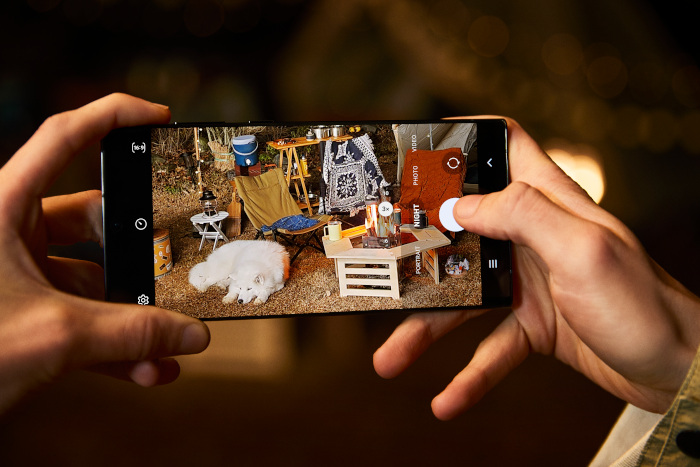 With the quality of shooting of the Galaxy S22 Ultra, Samsung intends to compete with the latest generation of iPhone.

According to the Korean manufacturer, the pixels of its wide-angle lens are larger than 1.2 compared to the Galaxy S21. The key, optimized shots in the evening. The sensitivity is displayed as a major asset for this generation of Ultra. What to photograph and film in low light … and seek for Samsung to compete with the prowess of Apple in this area with its latest iPhone

! Photos and videos are supported of course by artificial intelligence for optimal management of noise and blur, all accompanied by a digital zoom X100. In addition to these criteria, the Galaxy S22 Ultra provides optimized stabilization of shots, as well as for video in Super DRHDR.

This type of versatile smartphone, which will be used regularly, has a 5000 mAh battery and adds to that a 45W fast charging compatibility and the possibility of charging it in wireless version. As a work tool, the Galaxy S22 Ultra is clearly equipped to save you time. Once the stylus is removed from its housing, an interface is instantly displayed on the screen to take notes, write comfortably and share them with your contacts. All the features of the Galaxy Note are there, but in a simplified and responsive way thanks to a new architecture marked by the integration of the new in-house processor characterizing the Galaxy S22 range. Note also the integration of a graphics circuit signed by the manufacturer AMD whose chips characterize, among others, the architecture of Playstation consoles.

In terms of security, in addition to the fingerprint principle, Samsung has strengthened the offer of its three S22 models, starting with that of the professional mobile tool that is the Galaxy S22 Ultra, by associating them with its Knox Vault security platform. The latter isolates the most sensitive data (passwords, biometric data, Blockchain keys…) from the smartphone’s main operating system thanks to a secure processor and memory. The Galaxy S22 also introduces several new security features, including ARM micro architecture to prevent cyber attacks targeting the operating system and memory.

At the announced price of this premium, Samsung offers little extras to the purchase between the trade-in of an old model for 150 euros, wireless earphones Galaxy Buds Pro, the offer being valid until February 24 for any pre-order. All you have to do is choose between four colors, between black, white, burgundy and green.

Uber study: ‘Business meetings are back in business this fall 2021’