Samsung Galaxy Z Fold 3, the productivity does not make a fold 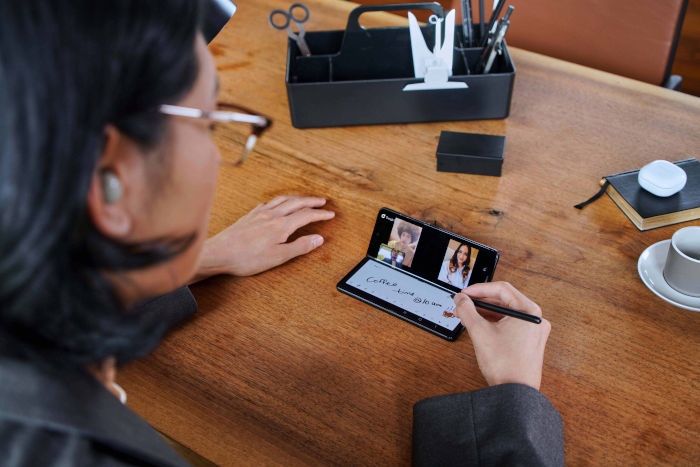 Samsung has introduced the third generation of its Z Fold smartphones.

This is no longer an exploration of the future of smartphones, but a real confirmation of a two-in-one smartphone with the practicality offered to business travelers. Samsung has unveiled its third generation Galaxy Z Fold

, a range originally launched in 2019, with technological improvements for the new 2021 model. Let’s recall the principle, which is a two-in-one phone that, when unfolded, turns into a small tablet.

Does the third generation of this differentiating smartphone have an interest for an executive on the move as a work tool in his pocket? Certainly, because having a larger screen to work with while checking emails was already an advantage, but the fact that you can take notes directly on your smartphone is a real asset. Indeed, the real novelty of the Galaxy Z Fold 3 is its compatibility with Samsung’s digital stylus, the S Pen, which was not available with the Galaxy Z Fold 2. This will allow users to really take advantage of the tablet mode setup of their smartphone.

When closed, the Galaxy Z Fold 3 has a 6.2″ Amoled exterior display. Being narrower than a traditional smartphone, it will always be more difficult to answer your SMS. You will be invited to open it like a book to work on a screen also Amoled HD +, whose size of 7.6″ will allow to use three applications available, at the same time that we can easily move on the screen.

The productivity is thus clearly with the appointment, making it possible for example to take note of its mailbox Outlook on the side, to select messages, and to translate them or to copy and paste them on another application. The note taking will be done directly via the digital pen. Using the Flex mode, it is possible to view a demo on the upper part of the screen, while consulting its messages in the lower part. But the Galaxy Z Fold 3 is of course also suitable for relaxing and watching movies comfortably, once the smartphone is folded to 90 degrees and cradled like a laptop. In addition, the screens inside and outside ensure a nice brightness.

5G, it features the latest technology currently available in premium Android smartphones on the market. With a Snapdragon 888 processor supported by 12 GB of RAM, it also has an adaptive refresh rate of 120 HZ for the two Oled screens. The result is a pleasantly smooth browsing experience while saving a little battery life. Another novelty compared to the previous generation is the presence of a 4 MP camera, integrated under the screen and almost invisible.

The expensive price of this atypical smartphone encourages careful handling.

te, even if Samsung clearly optimized the hinge of the interior screen. Similarly, the Korean manufacturer has chosen to compose its screens with a glass twice as resistant to shocks and scratches as the previous model. Above all, the Galaxy Z Fold 3 benefits from an IPX8 certification. The jewel will be able to undergo water projections or fall into a pool and come out after a dive of less than 30 minutes without concern according to the manufacturer. However, this smartphone is not resistant to dust or grains of sand, the time of a break on the move.

On the image-taking side, the smartphone has a three-sensor block at the back with a wide angle, ultra wide angle and telephoto, all 12 MP respectively while a 10 MP front sensor will take care of selfies. As for the overall design, Samsung has kept the same features as the Z Fold 2. On the battery life side, the 4400 mAh battery ensures more than a day of use.

This unusual smartphone is clearly a tool dedicated to productivity that will be useful in the pocket of a business traveler. And this, although this mobile is thick and weighs its weight. The lack of a pen slot will however encourage the traveller to leave the accessory at home, for fear of losing it, especially since it is an option with the purchase of this resolutely premium mobile. Similarly, users will be concerned about using their precious phone in windy and dusty environments. 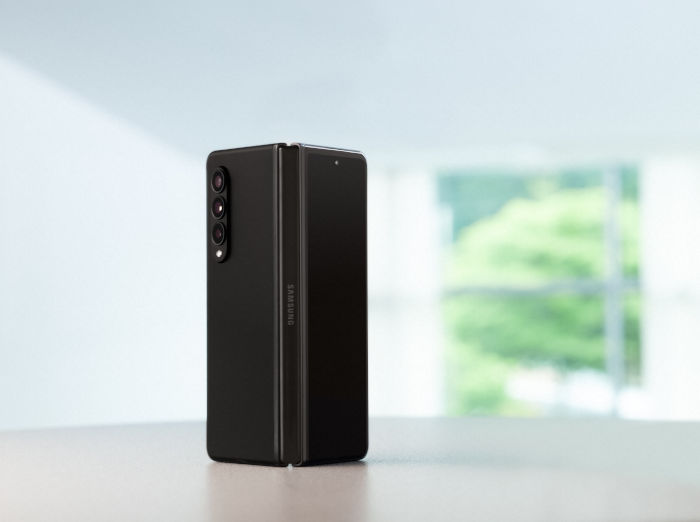 IHG: a Hotel Indigo near Wall Street, a Voco long-stay in Doha

Lufthansa presents its improved business class on its latest Airbus A350