Rosewood: a luxury hotel in Sao Paulo, in the early stages of a global expansion 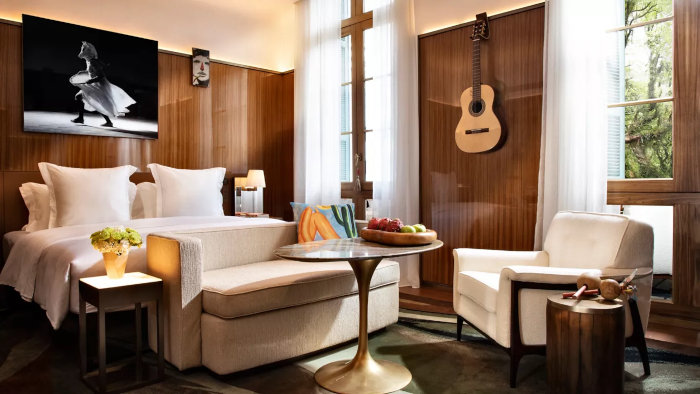 in Paris, has arrived in São Paulo in a beautiful way. The luxury brand has set up shop in the heart of Brazil’s main business metropolis, near Avenida Paulista. And yet, the complex that houses it stands in stark contrast to the city’s frenzy. An urban oasis with a strong sustainable bias, the project is billed as one of the most environmentally friendly in Brazil. Cidade Matarazzo encompasses buildings from the early 20th century that have been transformed into private residences, high-end stores and entertainment venues. Among these, an old chapel and the former Matarazzo Maternity Hospital, one of the main ones in the Paulist city, contribute to the hotel’s chic.

Several personalities were involved in the Rosewood Sao Paulo project, including entrepreneur Alexandre Allard, for the real estate project, but above all two world-renowned French stars: Jean Nouvel for the design of the vertical garden tower that houses some of the rooms and flanks the historic buildings, and Philippe Starck for the design and furnishings of the place. 57 Brazilian artists and artisans – including Caligrapixo, Vik Muniz and Virgilio Neto – worked under his direction to create a permanent art collection of 450 works; a true contemporary art museum celebrating the country’s natural beauty, flora and fauna, but also its cultural and historical richness. It has been a true honor to help bring to life such a unique hotel project in one of the world’s most dynamic cities,” said the hotel’s general manager, Edouard Grosmangin. The team behind Rosewood São Paulo spent a decade on this project to ensure it honors and celebrates the city’s heritage while breathing new life into the destination.

City residents will be able to enjoy six lively dining venues, blending dining experiences, jazzy lounges and relaxing poolside bars and restaurants bathed in greenery. This will be complemented later this year by a new wellness concept called Asaya. As for VIP business travelers, they will be able to enjoy the comfort and elegance of the hotel’s 160 rooms and suites. Located in the heart of the business metropolis, the Rosewood São Paulo is also dedicated to corporate events with a vast 2,045 m2 meeting space consisting of, among other things, an 800 m2 ballroom and two modular meeting rooms for 40 people. In addition, there is a pavilion dedicated to events with a foyer and two meeting rooms overlooking a garden that can accommodate cocktails for up to 400 people in the open air. To complete the offer, the

The establishment also lends its historic cinema and chapel for events ranging from 100 to 200 people.

Rosewood’s arrival in South America continues the growth of the brand that began in the United States with its first hotel in Dallas in 1979, The Mansion on Turtle Creek, but has taken on a global reach since its 2011 takeover by Hong Kong-based New World Hospitality Group. Renamed Rosewood Hotel, the group began by expanding its luxury brand’s footprint in Asia with openings in Beijing, Guangzhou, Sanya and Hong Kong in China as of 2014, with others in Bangkok, Phuket, Phnom Penh and Luang Prabang.

And others are still to come in Asia with, on the agenda, resorts in Hermana Mayor in the Philippines in 2023, in Hoi An in Vietnam and in the Okinawa archipelago in Japan in 2024, with an ultra high-end retreat made up of 55 villas set on the beach.

addition to these leisure developments, the group also plans to establish itself in the business districts of China’s main metropolises, with openings planned in Ningbo in 2023, Shenzhen in 2025, Chendgu and Hangzhou in 2026, Shanghai in 2028 and Chongqing in 2030 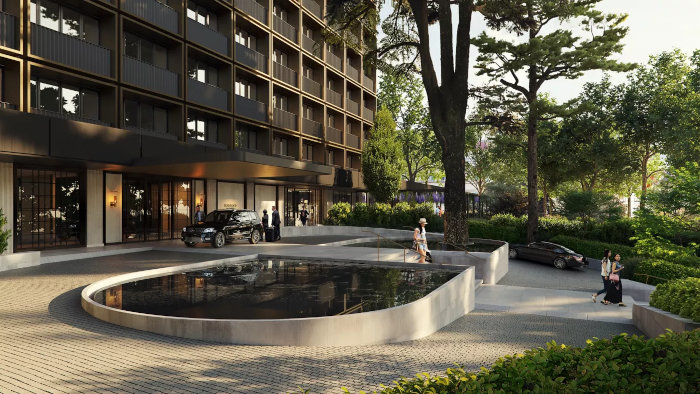 Rosewood has taken over the luxury Villa Magna hotel in Madrid.

The group, which now has just under 30 hotels worldwide, is not only flourishing in its adopted home of Asia and North America. Since acquiring the Parisian palace Le Crillon in 2017, Rosewood has set out to conquer major global cities. Last October, the group proceeded to Madrid as it had done in Paris with the takeover after renovation of one of the flagships of the local luxury hotel industry, the Villa Magna.

Its expansion in Europe will continue this year with the opening of a hotel in Vienna, in a building that was once the headquarters of the Erste Group bank. Located in the historic center of the Austrian capital, on Petersplatz, the hotel will offer 99 rooms and suites. In 2023, Amsterdam, Munich and Rome will discover the brand, in addition to a resort in Porto Cervo, Sardinia and an address in Venice.

Metamorphosis of historic buildings in Europe

While in Amsterdam, the Rosewood will be integrated into a 17th century building, the former courthouse on the Prinsengracht, in Rome as in Munich, the brand will move into the walls of former banks. The headquarters of the Banca Nazionale del Lavoro on Via Veneto in the Italian capital, with three early 20th century buildings converted into 157 rooms and suites, and the headquarters of the Bavarian State Bank in the German metropolis, as well as the adjacent Neuhaus-Preysing Palace, converted into a 132-room hotel, also with a seminar room for 400 people.

Finally, in 2024, the Asian hotelier will add a second address in London with the transformation at

of the former American embassy designed in the 1960s by architect Eero Saarinen. Overlooking Grosvenor Square in Mayfair, The Chancery Rosewood will offer 130 rooms and a vast meeting space with a ballroom for 700 people.

While in Europe, the Rosewood group is taking advantage of the rehabilitation of buildings steeped in history, these are much newer things. For example, in the run-up to the soccer World Cup in Qatar, the luxury brand will set up shop in the heart of Doha

, in two towers with facades inspired by the coral reef. Still in the Middle East, where Rosewood is already present in Abu Dhabi and Jeddah, a second address will be added in 2025 in Riyadh, Saudi Arabia, with a hotel integrated into the Diriyah Gate real estate complex, next to the UNESCO-listed site At-Turaif.

As for the Americas-Caribbean region, in addition to resorts expected in St. Barthelemy, Antigua, Hawaii and the Riviera Nayarit region of Mexico, Rosewood will offer three brand new business hotels, one in Mexico City in the Polanco district, another in Houston in the Uptown district, and the last in 2026 in San Francisco in the Transbay 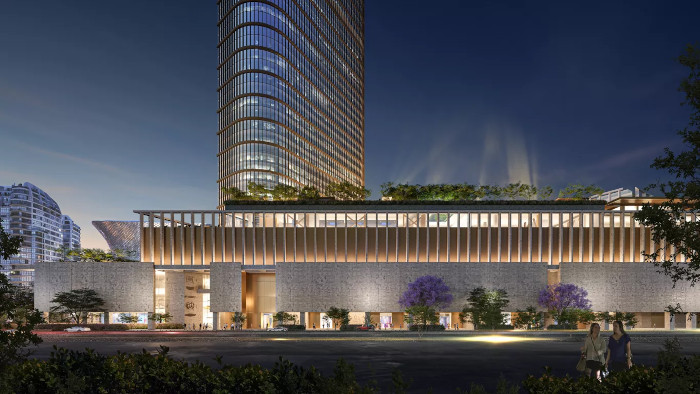 The Rosewood Mexico City, expected in 2024.

Weekend in Rome: a hell of a program