Roissy CDG 2G reinvents the idea of the airport 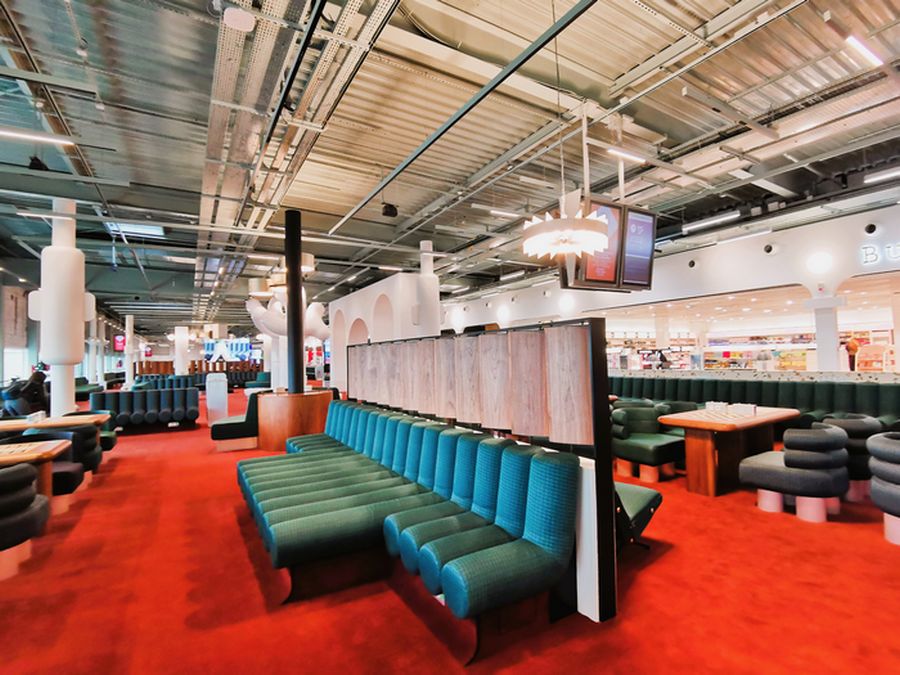 A boarding and waiting room reminiscent of a hotel for the CDG 2G terminal (Photo: Luc Citrinot)

Large benches made of “puddles” of various sizes, relaxation armchairs, games tables and a fountain. The whole area is lit by design lamps and brightened up by sculptures whose shapes evoke the architecture of the Pompidou Center.

Since April 14, this is the unique boarding lounge open to passengers in Terminal 2G at Roissy Charles de Gaulle. A design that literally reinvents waiting times in the terminal and that the authorities have named “Extime”.

A small marketing revolution for the ADP

group, which is turning to the idea of producing a concept based on the psychological state, the emotions of the traveler in his journey through the terminal.

“We know that a passenger will have an “undergone” time – that is to say a time in the airport of 2 hours 32 minutes on average. 60% of this time will be spent waiting after check-in. The latter is perceived as stressful. The time that follows in the restricted area, we will transform it from “suffered” time to “given” time. With an atmosphere conducive to relaxation and discovery,” explains Caroline Blanchet, Chief Marketing Officer of ADP Group.

“Extime is a new hospitality brand without a hotel. A brand that will also be available in our lounges and duty-free stores. We have created “Extime hosted by Aéroports de Paris”. The concept is based on the same logic as a hotel chain applying its identity. Extime will therefore cover all CDG terminals. And we could think of other airports in the near future with a similar hospitality approach,” says Mathieu Daubert, Director of ADP’s Customer Group.

To apply this idea of hospitality value, the ADP group has worked on several markers.

Starting with design, it called on architectural and interior design firms. For CDG 2G, Dorothée Meilichzon, from the CHZON agency, designed the boarding lounge.

The atmosphere was inspired by the 1970s, with large boudin benches, solid wood armchairs and tables with rounded curves, and sinuous white plastic sculptures. “We worked on the colors but also on robust materials for the passage of passengers. And also durable. The lamps and baskets are recycled objects – the lamps, for example, come from old propellers and the baskets are old airline service trolleys in the cabin,” describes Dorothée Meilichzon. 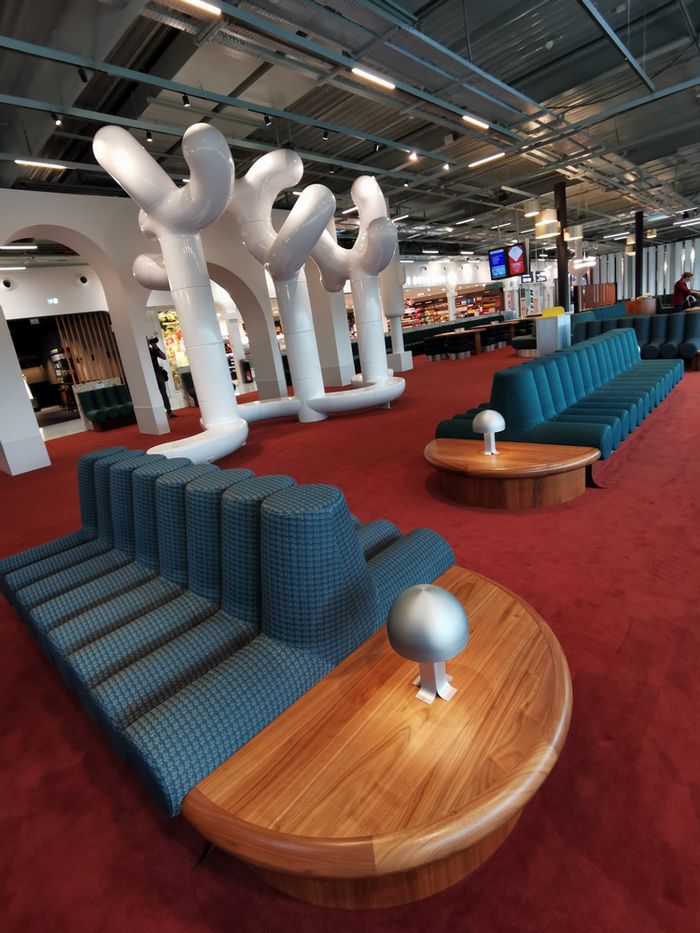 The other marker is

service. In addition to this idea of an “anti-anxiety” place with an atmosphere closer to a hotel lobby or lounge than to an airport terminal, the group is setting up a range of services. Concierges and a “Maître de Maison” – a kind of maître d’hôtel – will ensure passenger satisfaction and help them. Spaces dedicated to culture, work and games – some tables can be used as chess boards, for example – are scattered throughout the boarding and waiting area.

Roissy CDG 2G is the first to be transformed. In fact, the closure of the terminal due to the covid was conducive to this metamorphosis. But Mathieu Daubert explains that the group is not stopping there. “The next terminal with the Extime concept will be Terminal 1, which is scheduled to reopen in December. Then we should have Orly 4 and the CDG 2E K terminal. We are also working on a reconfiguration at CDG 2F. Each one will have its own identity since we are working with different design teams,” he adds.

DROM: a watermark recovery for the Reunionese airline Air Austral