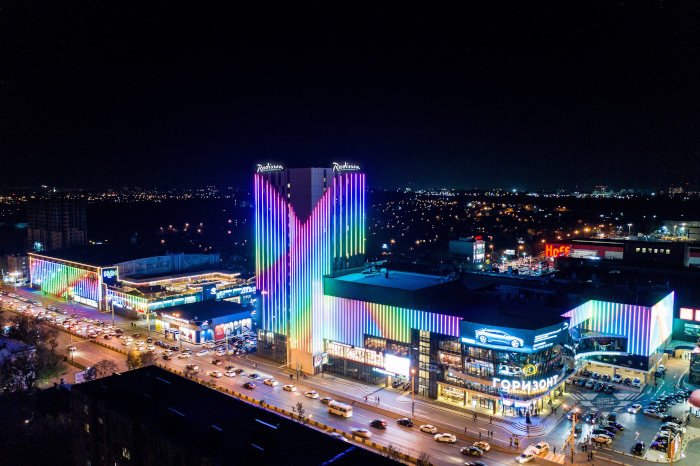 In addition to the development of its Individuals brand in Russia, the group recently opened the Radisson Gorizont Rostov.

The Radisson Hotel Group is accelerating the development of its new Radisson Individuals brand in one of its key markets, Russia. Already boasting a network of 47 hotels in operation or under development – making it the leading international hotel operator in the country – Radisson is building on this base to extend the reach of its collection of upscale independent hotels launched last year

. The brand already has some 20 hotels in the Europe-Middle East-Africa region and is about to add 11 more in Russia. The Radisson group has in fact concluded an agreement with the local hotelier Cosmos in order to affiliate some of their establishments with the Radisson Individuals brand, but which will continue to operate in parallel under the Cosmos Hotels brand in order to preserve their own identity.

Initially, seven existing hotels will join Radisson Individuals before four more join by 2025. In the future, the number of Cosmos Group hotels that are also members of Radisson Individuals may increase. ” We see this “symbiosis” between Cosmos HG and Radisson Hotel Group as a rethink of our approach to the development of the hotel sector in Russia

The announcement of this partnership came a few days after the opening of another of the hotel group’s establishments in Russia, the Radisson Gorizont Rostov-on-Don, the group’s second in this major western metropolis. Located near the historic centre, this new establishment is integrated into a building complex combining a shopping centre, a cinema and a water park. It is a place for leisure, but also for business meetings.

See also  Air Austral: Airbus A220 and an agreement with Corsair

In addition to its 169 rooms and suites with work space and its restaurant, the Scandinavian-designed hotel has a conference room for up to 250 people and five meeting rooms for 10 to 20 people. This is already an extensive offer, but it can be further supplemented with the adjacent cinema and its 13 available movie theatres for events. ” The hotel’s corporate clients and partners have many opportunities to organize events of all formats and sizes

, which also adds a destination to its range of luxury hotels: Palazzo Nani in Venice, a Renaissance palace converted into a 52-room hotel in the Cannaregio district, near the ghetto. Opened after 22 months of renovation, the building, which has retained its historic ornamentation, houses a private meeting room and a space for up to 80 guests. 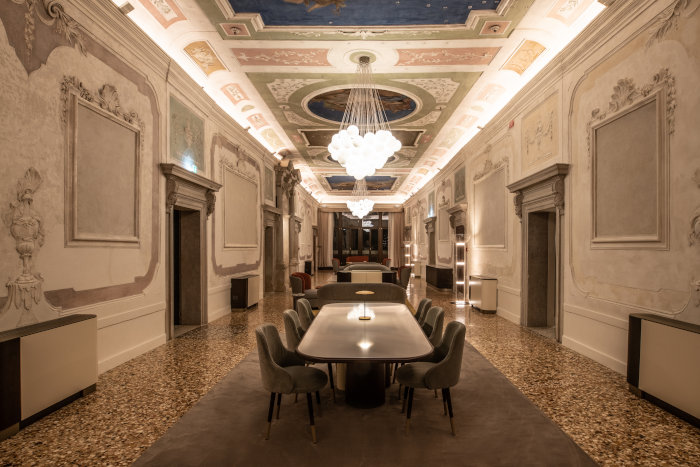 Lounge of the Radisson Collection Palazzo Nani in Venice.

Eurocontrol confirms the recovery of air traffic in Europe