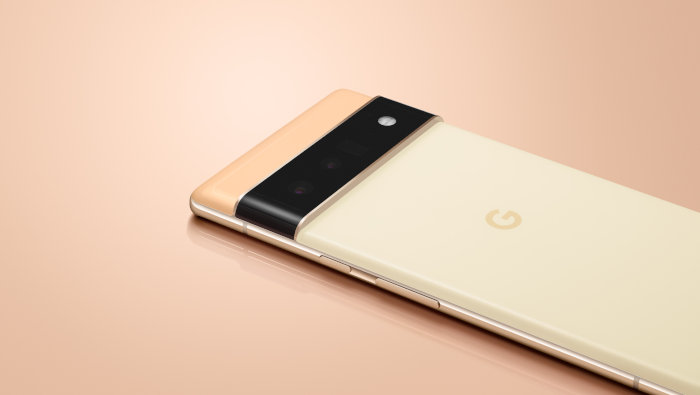 After the announcement of the Galaxy Fold 3 and Flip 3 for Samsung and Apple’s latest flagship, the iPhone 13 Pro, not to mention Xiaomi’s 11T Pro

, Google is also taking advantage of the autumn to unveil its new premium smartphone, namely the Pixel 6 Pro, within its new Pixel 6 range. The expectation was such that this novelty was the subject of successive leaks as to its design, but also with regard to its technical characteristics.

The presentation in the Google showroom in New York confirmed the first information revealed. First of all, the Pixel 6 range breaks the traditional shape of premium smartphones with a horizontal bar at the back, housing the sensors and telephoto lens aligned. If the extended choice of colors is limited to dark black and steel blue for France, the resistance is however at the rendezvous. The Oled screens of the two models of 6.4 inches for the classic Pixel 6 and 6.7 inches for the Pro version are indeed protected with Gorilla Glass. Above all, they are completely waterproof with an IP 68 certification.

The Pixel 6 range also stands out in terms of materials by using recycled aluminum with this desire to adapt to current social concerns as well as the inclusive positioning of Google. We will note the capture of portraits with a more natural skin rendering, regardless of the origin of the people photographed 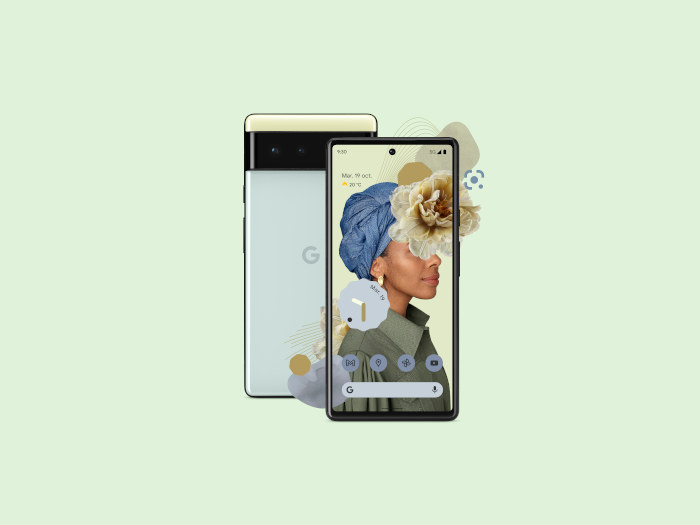 The real novelty, however, is the integration of an in-house chip, the Google Tensor, all running on Android 12. With Google now in control of the hardware and software, the Pixel 6 range is orchestrated around artificial intelligence to offer the user fully personalized uses.

The Material You interface, customizing a color palette according to the screen background chosen in this regard, is not the most interesting quality. The artificial intelligence of this new range allows above all an optimized voice recognition, with automatic transcription to writing, and offers improved and accelerated translation capabilities. This will be of interest to the business traveller, as Google’s translation functions have often been a source of inaccuracies up to now.

The artificial intelligence of this Pix

el 6 also has a direct impact on photo processing. The Pixel 6 Pro already comes with an additional sensor compared to the Pixel 6. In addition to a 50MP wide-angle sensor and a 12MP ultra-wide angle lens for shooting 4K videos in particular, the Pixel 6 Pro has a 48MP telephoto lens with a 4x optical zoom. The algorithmic photo processing of Google’s smartphones has always been a real plus over the competition, but the new range, starting with the Pixel 6 Pro, will clearly pique interest. Users will be able to enjoy new features that make it easier for them to optimize photos.

The smartphone offers, for example, to automatically erase uninteresting details from the picture, such as electrical wires in the landscape. Similarly, you can use a magic eraser mode, the “Magic Eraser”, to remove characters passing by during the shooting. As a result, you can forget about using Photoshop and work directly on your smartphone, via Google Photo, to erase unwanted details. Similarly, two modes, Long Pause and Pan in Motion, ensure an optimization of portraits, but also of landscapes.

In terms of fluidity of navigation, the Pixel 6 Pro, unlike the Pixel 6, has an adaptive refresh rate of 10 to 120 Hz like its other premium competitors. What to save its battery of 5003 mAh according to uses, from writing an email to playing a video. The Californian firm announces in this respect an autonomy of one day, the range being the subject of a fast wireless charging and supporting the wired charging in 30 W.

See also  Pléta on the sea Mallorca: Dream night in the Balearic Islands

Security is an essential element put forward by Google during its conference. In addition to a fingerprint reader placed under the screen, the Pixel 6 are equipped with the security system implemented through the Tensor chip, the result of four years of work by Google and the part dedicated to the security and protection of its personal data with the Titan M2 coprocessor.

In the end, the Pixel 6 Pro, with its power and its system packed with artificial intelligence, could be an interesting tool for an executive on the go. Google, however, continues to offer reasonable prices when it comes to a 5G premium smartphone. With a listed price of €899, the Pixel 6 Pro is already available for pre-order with the bonus of free Bose noise-cancelling headphones – as the firm offered for the Pixel 5 – ahead of the official release on October 28.

Visit San Francisco during a roadtrip in the USA