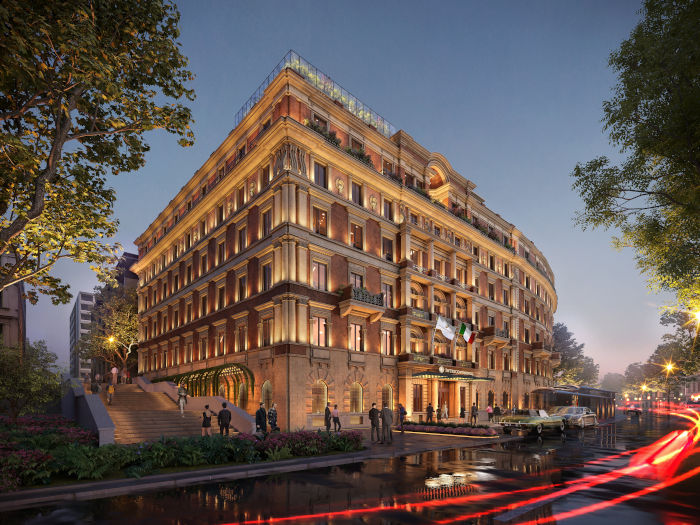 The InterContinental Rome Ambasciatori Palace, one of IHG’s major openings in 2022.

The pandemic may have delayed some projects, but it has not slowed down hotel development by any means. Business travelers will be able to experience this when they travel in Europe by finding new hotels in business destinations here and there, especially among the historic brands of the major groups. In the fall, for example, the Hilton brand is expected to open in Rome, in the EUR business district, with a hotel with direct access to the La Nuvola convention center, the Hilton Rome Eur La Lama. In a more economical style, later this year the Italian capital will welcome a B&B Hotels

brand hotel near the Fiumicino Fiera convention center and the international airport. The chain will continue to expand its European network in 2022, notably in Italy, in downtown Genoa, but also in Vienna, Austria, in Germany with seven expected openings, and in Poland and Belgium, in Hasselt, Mechelen and Namur.

While Accor has a 262-room Ibis Budget in the budget segment, due to open at Manchester airport in mid-2022, the French group has many other projects for its brands that are well known to business travelers, such as the Mercure Amsterdam North and the Novotel Liverpool Paddington Village, which will be the tallest hotel in the British city. In Barcelona, the Pullman Skipper, close to the Gothic Quarter and Barceloneta beach, will become a Sofitel hotel by the summer, while the Pullman brand will open in Georgia, in Tbilisi, in the Axis Towers complex, expected to be a new reference in the Georgian capital with its 226 rooms, rooftop pool and conference room announced as the largest in the city center. Note that Tbilisi will also see the debut in the second quarter of the Paragraph Freedom Square hotel, a member of Marriott’s Luxury Collection.

this American group are also heading for Eastern Europe in 2022 with other hotels in the process of opening, including a St. Regis housed in the top floors of the Kula Belgrade tower, the future highest skyscraper in the Serbian capital. Marriott, a partner of jeweler Bulgari in developing its hotel collection, will also see the opening of Bvlgari Moscow, the eighth link in the chain that also appeared last year in<a href=”https://www.voyages-d-affaires.com/bulgari-hotel-paris-decembre-20211

109.html” target=”_blank” rel=”noopener”> Paris, avenue George V. For the occasion, the luxury brand will occupy the walls of the former residence of a noble family located 300 meters from the Kremlin and transformed into an exclusive 65-room hotel. The Radisson Group is also making Eastern European capitals a priority to expand the network of its Radisson Collection

luxury brand, with Tirana and then Tallinn on the shelves for the first few months, in addition to the upcoming opening of the Radisson Collection Gran Via in Bilbao.

Western Europe has obviously not been neglected in this new wave of hotels. Among the major openings announced for 2022, that of the Raffles at The OWO in London at the end of the year is one of the most eagerly awaited, notably because of the prestige of the brand developed today by the Accor group

, but above all because of everything that the location represents. The former Whitehall War Office, frequented in its time by Winston Churchill and more romantically by James Bond, will be open to the public for the first time after its transformation into a hotel with 120 rooms and suites and 11 restaurants and bars announced as exceptional. In the British Isles, two exclusive establishments are also expected in Edinburgh: 100 Princess Street, revisiting a historic building on the city’s famous thoroughfare to create a 30-room luxury pied-à-terre, and the urban version of the upscale Scottish resort Gleneagles, which is of similar size. 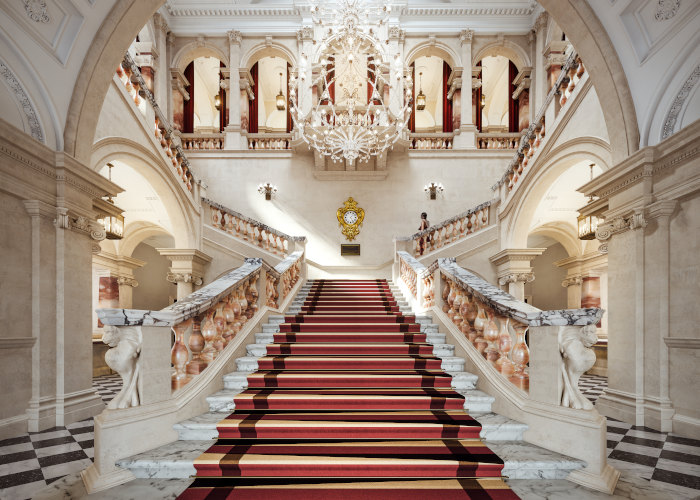 The majestic staircase of Raffles London at the OWO.

While a Rosewood hotel is expected in Vienna in the second half of the year, luxury brands are mostly converging on Rome. While waiting for a Bulgari, announced for 2023, and then an Orient Express

planned for 2024, the current year will already see the IHG group make a double move in the Italian capital with the opening of a Six Senses, an ultra-exclusive urban resort. Business travelers will also find the InterContinental brand in the fall of 2022 on Via Veneto. Housed in an early 20th century neo-renaissance palazzo, the InterContinental Rome Ambasciatori Palace will offer 160 rooms and suites, a restaurant, a bar, and a panoramic rooftop.

All roads lead to Rome

Still in the fall and still in Rome, the Edition brand, jointly developed by Marriott and the pioneer of boutique

hotels, will be launched.

ue hotels Ian Schrager, will set up shop not far from Via Veneto and Piazza Barberini, in a building with rationalist architecture transformed into a 95-room and suite hotel with a host of restaurants and bars, in line with this luxury and lifestyle concept. Meanwhile, Edition will also offer a new address in Madrid in the first quarter, in a building next to the Puerta de Sol that formerly housed the Mont de Piété foundation. A 180-degree turn for this future chic and trendy place with 200 rooms. 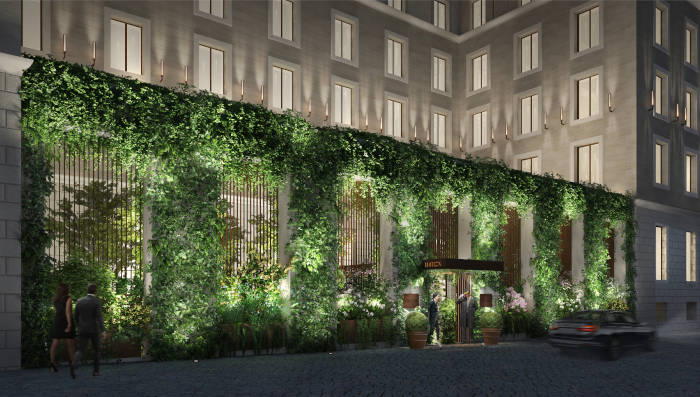 Also in the Spanish capital, the expected European debut this year of the American lifestyle brand Thompson Hotels, now part of the Hyatt group. Paris will not be left out of this new wave of upscale contemporary hotels with the unveiling at the end of the year of the first Maison Delano

See also  Samsung Galaxy Z Fold 3, the productivity does not make a fold

In addition to luxury, 2022 will see the continuation of several trends that are already well established in the hotel world, notably a continued strong emphasis on lifestyle, but also the continued development of hotel group collections

designed to attract independent hotels with character, as well as the appeal, further strengthened by the crisis, of long-stay accommodation, which is conducive to extended business trips.

On the collections front, Marriott’s Autograph will move into a 14th-century building in Krakow in the first quarter that was once a church and then a hospital before being converted into a 125-room design hotel. While Hilton’s Curio Collection is also expected to open this summer in the Polish metropolis with the Hotel Saski, it has many other projects. Just established in the heart of Lisbon with the opening of the Emerald House in early January, it will add a seventh member in London next April, the Lost Property St Pauls Hotel, near the famous cathedral of the same name and the City. In Reykjavík, a second property will join Curio next spring, the Iceland Parliament Hotel, and in the fall, the collection will welcome under its banner a historic establishment in Florence that is currently being renovated, the Anglo American Hotel, whose beginnings date back to 1792 and which in their time hosted Leo Tolstoy and Maria Callas.

the Accor side, the MGallery brand will add several addresses to its network in 2022, notably in France at Cap d’Antibes Juan les Pins, Issy les Moulineaux and Troyes in France and in Italy

Competing with all these hotel brands positioned on beautiful independent hotels, Preferred Hotels

will offer a new hotel in Oslo, the Sommerro, starting in September 2022, the result of the metamorphosis of a listed Art Deco building – the former headquarters of the Oslo Lysverker electricity company – into a design hotel with 231 rooms, enhanced by a host of bars and restaurants and large spaces dedicated to meetings and events.

The Norwegian capital is also expecting the arrival of two Radisson Red hotels, one at the airport in the first quarter, the other in an emerging district of the city in the summer, as part of the innovative and sustainable Okern Portal real estate project. At the same time, the Radisson Group’s lifestyle brand will also open in Vienna next February, in the lively Leopoldstadt district. The Austrian capital will also see the spring opening of Hotel Indigo, from the IHG group, with a 158-room hotel in the Naschmarkt district, the result of the conversion of a former car garage that has been redesigned and themed around the secret gardens hidden behind the district’s buildings.

The flagship lifestyle hotel brands will also continue to expand in 2022, with Mama Shelter expected to open in March in the La Défense district of Paris after opening in Lisbon in January, while a fourth CitizenM will open later this year in London, near Victoria Station. As for Moxy

, Marriott’s lifestyle brand will set up shop in Athens at the beginning of the year, a few steps from Syntagma Square. 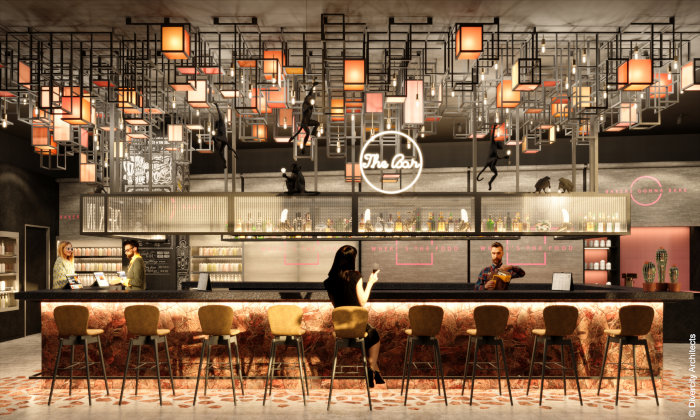 Moxy Athens In the

same way as lifestyle, long-stay accommodation has the wind in its sails, particularly among hotel groups that are increasingly interested in this segment. Accor will open a Novotel Living in Tallinn, Estonia, with a 124-key residential offer, complete with a co-working space and restaurant. Within the IHG group, the Staybridge Suites brand will discover the French market with its first establishment in Cannes this year.

e. For their part, Marriott, which has been rolling out the Residence Inn brand for many years, will add a new address in The Hague, in the Netherlands, while Hyatt will take advantage of the beginning of the year to take over a hotel complex in the London suburb of Stratford to set up its Hyatt House brand, as well as a Hyatt Regency.

The extended stay accommodation specialists are continuing their momentum. While Citadines is expected to have a single new property in Europe, the Citadines Danube City, scheduled to open in late 2022/early 2023, Adagio will accelerate its international expansion with residences expected in Rome, Glasgow and Hamburg, as well as in Warsaw, Kiev and Sochi in the east of the continent. Another development expected in 2022 is the Locke aparthotels outside the United Kingdom, with lifestyle urban residences in Munich and Berlin.

ITM study: 2022 as seen by travel buyers and travel managers