Overview of hotel openings in France in 2022 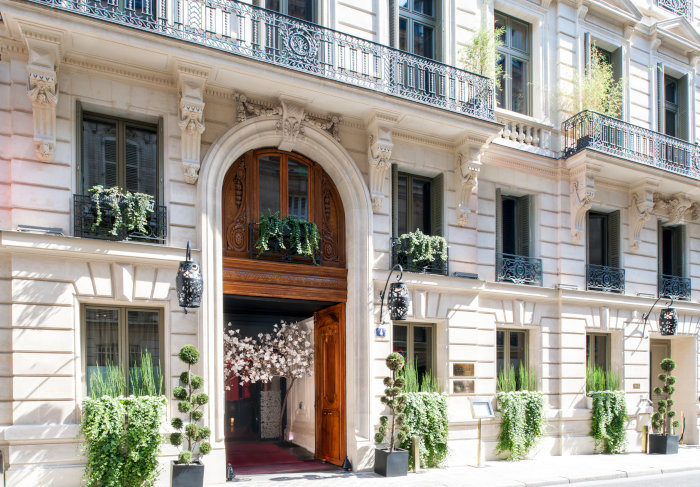 Façade of the future Maison Delano, in the 8th arrondissement.

In France, as in Paris, the hotel industry had already experienced a productive year in 2021. If not very active in the capital due to the prolonged absence of international tourists. Notable openings in Paris include two potential new palaces – Cheval Blanc and Bulgari – the private hotel-club Soho House, high-end lifestyle establishments with the Kimpton St Honoré and Madame Rêve, and the arrival of the new Canopy and Tapestry brands alongside Hilton. Not to mention a host of attractive independent hotels such as Maison Mère

or Villa M, a health and well-being hotel designed by Groupe Pasteur Mutualité and designed by Philippe Starck.

Bridging the gap between 2021 and 2022, the Pullman Montparnasse, with its 957 rooms and immense space dedicated to meetings and events, reopened its doors at the very end of December

and launched a new dynamic of openings for the current year. In this context, following a strategy applied worldwide, the Accor group is preparing to expand its luxury and lifestyle offering in the heart of the capital, notably with the future SO/Paris. Expected to open in mid-2022, this hotel is part of the rehabilitation of the Cité administrative on Boulevard Morland, designed in the early 1960s by architect Albert Laprade. Designed by David Chipperfield, the site will house, among other things, this new trendy hotel with a panoramic restaurant-terrace.

At the end of the year, the French group will also launch Maison Delano in Paris, an exclusive, urban version of the American lifestyle brand. For the occasion, the hotel will occupy the walls of an 18th century mansion

on rue d’Anjou in the 8th arrondissement, and will offer 56 rooms and suites, as well as a culinary concept by star chef Dani Garcia. Also among Accor’s brands is the opening at the end of the year of an MGallery in Issy-les-Moulineaux, the Domaine de la Reine Margot, a historic site once frequented by Henri IV’s wife and now transformed into a contemporary hotel under the leadership of Jean-Michel Wilmotte.

See also  Eklo to open three hotels in Toulouse, Lyon and Roissy in 2022

In a more business-like style, the La Défense district, for the past few years eng

s diversification of its hotel offering, will also take on a more lifestyle focus. After the opening of a CitizenM in the summer of 2017, another flagship brand of designer hotels at affordable prices, Mama Shelter, will move in next March to the closest location to the headquarters of many companies, between the esplanade de la Défense and the Neuilly bridge. This new place of life will have two restaurants, a rooftop with a view of the Eiffel Tower, six meeting rooms, but also 211 rooms. A few weeks later, in May, the Okko

brand will also add to the business district’s offering with a 184-room hotel complete with a real restaurant, a first for this concept that until now has only relied on the appeal of its Club, an airport lounge where guests can enjoy an aperitivo at the end of the day.

While the capital is expecting other hotels, including a second Tapestry by Hilton, the Belgrand, in the 16th arrondissement, major French cities are also preparing to welcome new establishments in 2022. Hilton, for example, is planning a DoubleTree near Lyon, in the heart of the St-Priest technology park and near the Eurexpo convention and exhibition center. In Nice, a luxurious Anantara will unveil its 151 elegant rooms and suites inspired by the golden age of the French Riviera, while in Marseille, the Crowne Plaza brand, part of the IHG group, will set up shop near the Dôme, the Zenith of the city of Marseille.

Bordeaux will also continue to internationalize its hotel portfolio

by welcoming world-renowned brands. For example, a Hyatt Group hotel, under the JdV brand, is expected to open this summer in the Meriadeck district, in the former Allianz insurance company offices converted into a 147-room lifestyle hotel. Other developments are also underway near Bordeaux Mérignac airport. For example, a 177-room Sheraton will be integrated at the end of the year into the 45e Parallèle project, a new business complex developed by Nexity that combines offices, a hotel and a convention center. 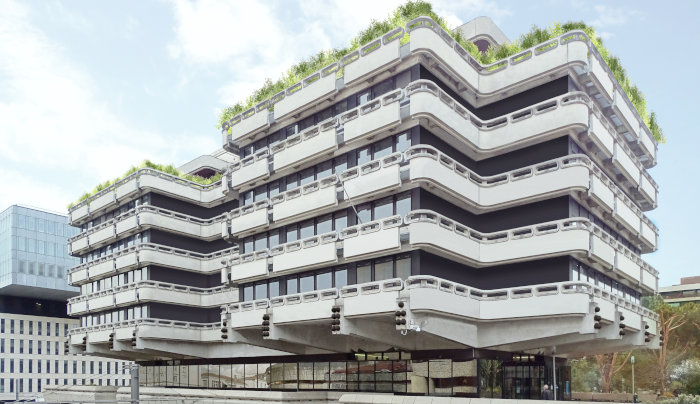 A JdV hotel, owned by the Hyatt group, is being prepared in Bordeaux, in the Mériadeck district.

In a more economical style, B&B Hotels is also arriving in the airport area. This opening is one of about 20 new hotels in France planned by the company.

In 2022, B&B Hotels will be expanding its presence overseas, including in Martinique, Fort de France,

and St. Pierre, Reunion Island, with the Indian Ocean island also getting ready to welcome a Radisson hotel in Saint-Denis de La Réunion. In parallel with its foray into the French overseas departments and territories, B&B Hotels will be strengthening its presence in several secondary cities such as Bourg-en-Bresse and Sète, as well as around major hubs for business travelers – the Toulon and Creusot train stations and Rennes airport – and in the Paris region with the B&B Hôtel Paris Quai de Seine and other establishments in Bois d’Arcy, Créteil, Ivry, Montrouge and Rosny-sous-Bois.

Also expected to open in Bordeaux Merignac, the Holiday Inn family of brands is preparing to strengthen its presence in Marseille. But it is above all the Holiday Inn Express budget hotel brand that will see the most openings in 2022, with Marseille and Ajaccio in the south of France, Annecy and Marne la Vallée on its books. The British group will also welcome a new hotel in Avignon for its upscale Voco brand, which has already appeared in Paris and Strasbourg

, and will see the French debut of the Staybridge Suites extended-stay brand in Cannes.

As for Accor, the French and European hotel leader will continue to expand the network of its budget brands in parallel with its expansion in the luxury and lifestyle segment. Among the hotels expected this year is an ibis Styles in the heart of Dreux, whose theme will pay tribute to Le Corbusier, as well as the continued development of its greet brand, with a concept based on sustainability and CSR. After Paris and Boulogne-Billancourt as well as Castres and Angoulême at the end of last year

, new establishments are expected in La Rochelle in 2022, as well as in Vincennes, on the outskirts of Paris.

Also positioned in the eco-responsibility niche, the Eklo chain is preparing three openings in 2022, in Toulouse, Lyon and Roissy. Finally, as for Louvre Hotels

, another flagship player in the budget hotel sector in France and Europe, it is above all the Kyriad Direct brand, focused on non-standard two-star establishments, that will see the greatest number of developments with more than a dozen new franchisees to come, notably in Caen, Dijon, Orleans, Limoges, Macon and Nancy. <a href=”https://www.voyages-d-affaires.com/wp-content/uploads/2022/01/kyriad -bordeaux-sud.jpg”> 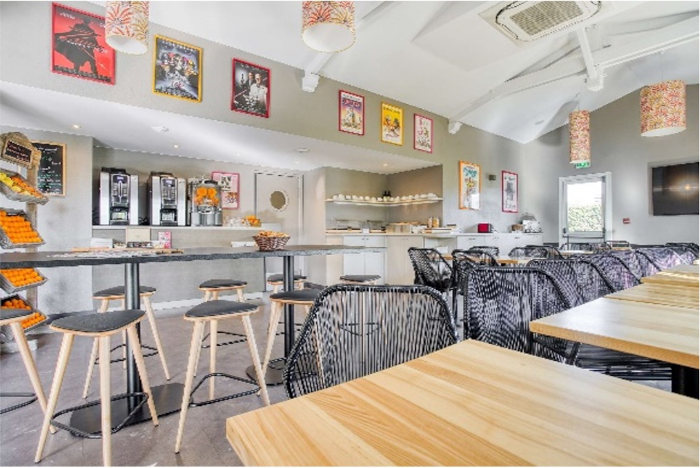 Among the openings planned in France in 2022 by the Louvre Hotels group, the Kyriad Bordeaux Sud, in Villenave d’Ornon.

The first Airbus A220-300 is delivered to Air France