NH Collection: a first in Copenhagen, a new hotel in Venice 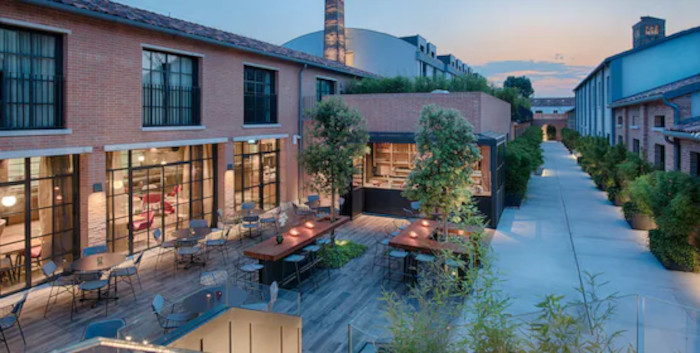 NH Hotel has just added two new hotels to its upmarket NH Collection brand, one in Copenhagen and the other in Venice. To make its debut in the Danish capital, the Spanish-based group, now a subsidiary of Thailand’s Minor

, has moved into a building emblematic of the Brutalist era, the former headquarters of the shipbuilding company Burmeister & Wain, designed in 1962 by modernist architect Palle Suenson.

Located on the waterfront, in the central and lively district of Christianshavn, the NH Collection Copenhagen has taken over this vast concrete structure, long nicknamed the “Desert Fort”, which has been redeveloped by the architectural firms ATP Ejendomme, Arkitema and Henning Larsen. A sustainable transformation project since the structure has been preserved, while the stones of the façade have been cast from the materials of the demolition of the interior. As for the interiors, they have been redesigned by the Swedish design firm Krook & Tjader in a spirit that combines the industrial and harbour atmosphere of the place with warm chic. 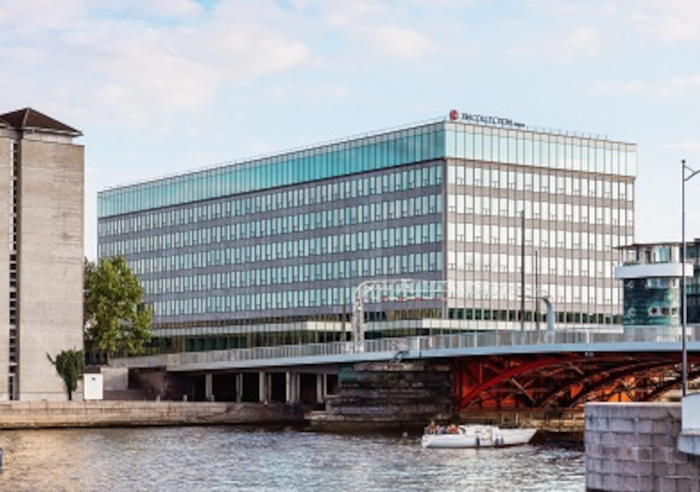 The hotel offers a total of 394 rooms and suites, two restaurants – one of which specialises in tapas, but made with local and seasonal ingredients – a bar, a lounge, as well as fitness facilities. As for meetings, the hotel has a MICE area with seven modular rooms for small to large meetings of up to 252 people, bathed in natural light and with views over the port.

” NH Hotel Group has always been committed to protecting the historical and artistic heritage of the cities in which it operates, while enhancing the original appearance of the hotel buildings themselves “: in making this statement, Hugo Rovira

, CEO for Southern Europe and the United States of NH Hotel Group, was no doubt referring to this opening in Copenhagen, but more directly to the new NH Collection hotel in Venice.

While the upscale brand was already present on the Grand Canal – and the group has three other hotels in the city and in Mestre, has moved to the island of

Murano, within the walls of the former Fornace De Majo glass factory, a complex that once had 12 buildings dedicated to manufacturing. The original fireplace and preserved bricks, exposed concrete walls: the authentic atmosphere has been preserved by the local architectural studio H&A Associati, its design concept also calling on high-end brands for furnishings such as Artemide, Rubelli, Sabla Italia or Varaschin.

In addition to a gym, the hotel has 104 rooms and suites, a restaurant serving local specialities overlooking the lagoon and two bars, one of which has a terrace with a view. An ideal place for weekend leisure, but also for meetings and events. The NH Collection Venezia Murano Villa has meeting spaces for up to 130 people with five modular meeting rooms.

To facilitate the organization of their meetings and events in Venice, Copenhagen or elsewhere, MICE professionals, companies and travel agencies can now take advantage of the new NH Pro technological platform recently launched by the hotel group.

With tools for finding the best rates, managing reservations and centralising processes, and simplifying administrative tasks, nhpro.com covers all business needs and also integrates the advantages of the NH+ Business programme, dedicated to SMEs and the self-employed. In total, NH Pro includes over 2,900 MICE venues in Europe and Latin America.

Beautiful hotels in the Maldives: Top 20