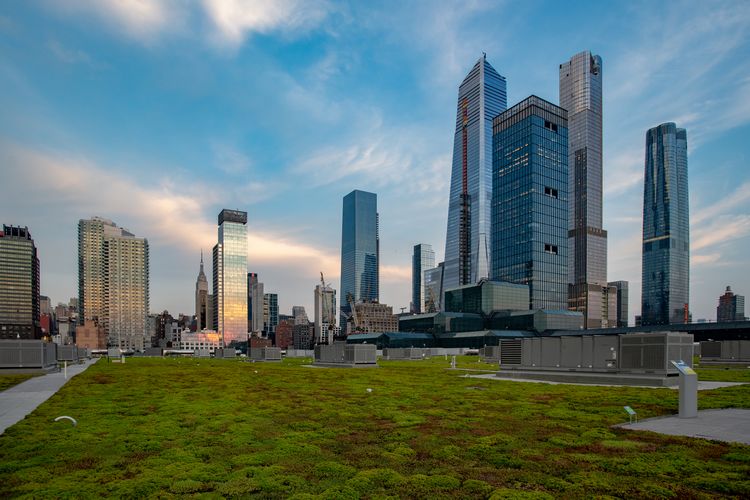 New York as seen from the rooftop of the Javits Center, Manhattan (Photo: Julienne-Schaer)

New York continues to be an attractive destination for the European public. And after two years of low profile in its outbound markets in Europe, the American metropolis is back with a marketing and communication campaign.

A comeback that is all the more necessary since New York will have to make a break – like other destinations around the world – in the Asian and now Russian markets.

” New York will always be resilient and will always come back in the race because of its spirit of reinvention. We are personally convinced of this, as are our city officials. Because we all know that tourism is an important driver of our economy

,” says Fred Dixon, president of NYC & Company, the agency in charge of tourism for the city. Some 30 million dollars are being injected into promotional campaigns in the most important markets, such as France.

The prognosis is very optimistic for the return of visitors from France. “For example, there is a great air offer from Paris and Nice with several dozen daily flights. And we are offering new attractions, we have created tours outside of Manhattan to discover our five districts. There are also a host of new hotels

One major unknown remains, however. That of a rapid return of business travelers. ” This is certainly the market that will be the most complicated to win back

,” Fred Dixon readily admits. Before the crisis, New York hosted 6.2 million delegates at conventions, conferences and meetings. Of course, the officials of the largest city in the United States are seeing a resurgence in meetings and conferences. But this is essentially a phenomenon confined to the domestic market.

Nevertheless, with a multitude of new hotels and the recent expansion of the Javits Center, New York’s convention and exhibition center, the city hopes to quickly regain its privileged position in the international MICE markets.

Hotel capacity is, in fact, once again in

Over 2021/2022, the city has seen or will see the opening of 29 new establishments. These include the Marriott Renaissance Harlem, the Virgin Hotel, the Barrière Fouquet’s Hotel, the Ritz-Carlton, the Aman New York and the Hard Rock Hotel. 54 other hotels are officially planned. Enough to stimulate the spirits to return to this exciting metropolis.

See also  Me by Melia: a new luxury and lifestyle hotel in the heart of Barcelona

FirstName : a new lifestyle brand with a “feel good” spirit