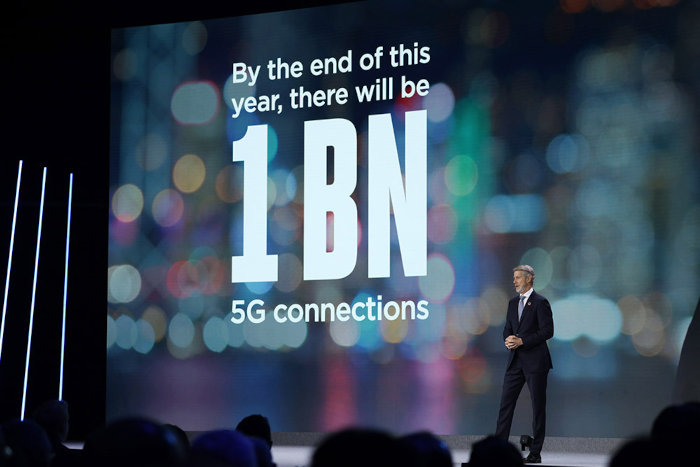 Keynote by GSMA CEO Mats Granryd at the opening of Mobile World Congress Barcelona, one of the first major global conferences to take place since the start of the health crisis.

With the pandemic, the curtain came down on major global conferences for almost two years. But with the positive evolution of the health climate, the veil is gradually being lifted on these key meetings for an entire sector. The Mobile World Congress, the first major event to be organized in this post-covid era, will bring together in Barcelona, from February 28 to March 3, all the players in the telecommunications world, some from Europe, but also from Asia-Pacific and the United States. An obviously strategic event for a lot of CEOs and their comex, followed in their journey sometimes by delegations of 200 people.

However, if these events can take place again, they are always under surveillance. Even if the health situation is more favorable today, we are still in the midst of a pandemic,” says Philippe Guibert, Regional Medical Director ofInternational SOS. We must remain vigilant and anticipate the fact that putting hundreds of people in an enclosed area can have consequences. There is an enthusiasm for the resumption of these events, but also a concern that they should not be places of mass propagation

assisting large companies in preparing for their moves for several months, whether it be Nokia, Qualcomm or Telstra. This has been done by studying the factors that will determine whether or not they will attend the conference and by anticipating travel conditions based on changes in health regulations and the vaccination status of travelers, paying attention to any cases involving vulnerable people.

These preparedness plans have also integrated many parameters, from the study of hygiene and ventilation measures implemented in the places where dinners and cocktails will be held to the measures to be implemented during the congress with the provision of nurses or service providers to perform tests. In addition, International SOS has monitored the conditions that travelers would be subject to in the event of a positive test or contact case, which can have an impact on the return trip or the continuation of the trip in other European countries.

With the significant decrease in the number of virus transmissions, this support role proposed

Is the International SOS program here to stay? ” If the pandemic problem is going to diminish, the expectations of organizers will always be important in terms of health security,” says Philippe Guibert, who emphasizes that the idea of supporting companies for such events is not new: ” We did it at the beginning of the pandemic, by contributing our experience to determine whether an event could be held and, if so, under what conditions. We are taking over something that has already been initiated.

While International SOS disseminates its advice to companies, a player like the Aceso-MIP group is involved in the recovery of events by offering organizers solutions that integrate health and medical devices. Created in 1992, the company presents itself as a pioneer in the medicalization of events, covering a wide range of sectors, from trade shows such as aeronautics to corporate, sporting and private events, as well as film and television shoots. With the health crisis, we had to adapt and offer new solutions,” explains Guillaume Dapoigny, sales director of ACESO-MIP’s events division. For example, we helped a large part of the audiovisual industry get back to work by setting up health protocols for French and American productions in France, while also monitoring filming abroad. “

The group also supported the organization of Vivatech in June 2021, the first major trade and public exhibition to take place after months of confinement, by setting up a whole medical device integrating tests and control. ” A real war machine“, underlines Guillaume Dapoigny. More recently, for the Maisons et Objets trade show, in addition to this medical and testing component, Aceso offered ” expertise and advice on the devices and solutions to be put in place in agreement with other service providers, such as security, for control and redirection to test areas. ” With the gradual easing of restrictions, is the scale of these medical devices likely to shrink? “There is much less demand for testing, we are on the verge of the end of this type of service“, says Guillaume Dapoigny. While his company used to accompany large companies during their seminars in France and abroad, an extremely limited activity in the last two years, the sales director of ACESO-MIP hopes to see this field start up again soon: ” With the arrival of the good weather, it should start up again. ”