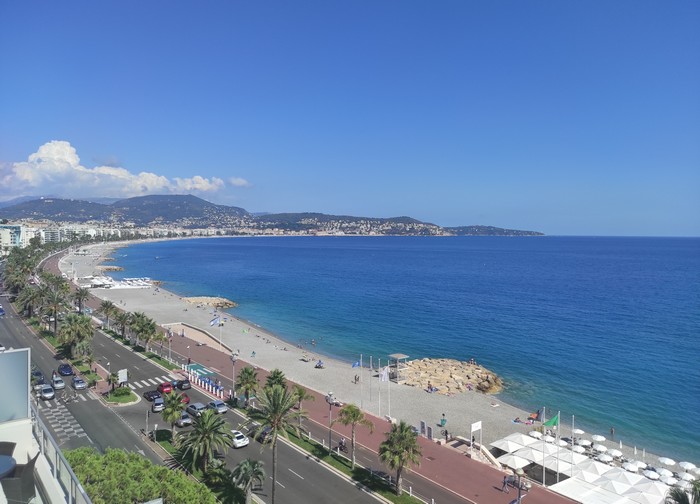 In Nice, projects are multiplying to reorganize the destination and further increase its capacity and attractiveness on the MICE market As the

gateway to the Côte d’Azur – and standard bearer – for MICE, Nice has been undergoing a vast urban metamorphosis for the past ten years, notably with the tramway network that now serves the airport, and the greening of the city, which is taking over from the car. This transformation benefits both locals and business tourists. And it is shifting the centre of gravity of Nice to the west of the territory, with the emergence of a new business district: Grand Arénas. For the time being, this new business hub still lacks shops, restaurants – in short, a soul. But hoteliers are already marking out the terrain, and their restaurants are serving as canteens for employees who have already moved into the surrounding offices. ” Before, you couldn’t really appreciate the architecture of the city, its volumes. The green corridor has really changed the face of Nice. Even as Nice residents, we have rediscovered the city and its perspectives

,” says one of the Grand Arénas employees. 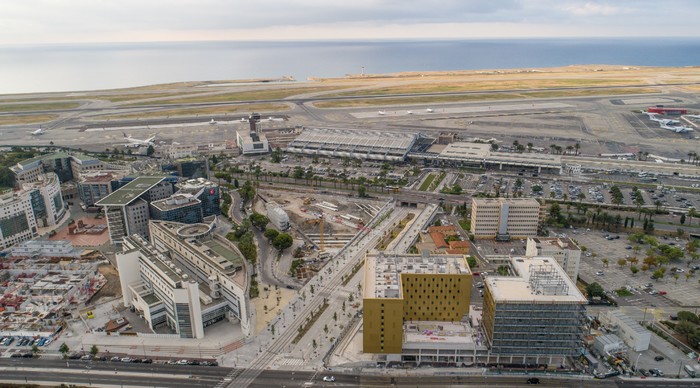 The conquest of the West – which will also involve the transfer of business to the new Exhibition and Convention Centre – goes beyond Nice’s borders. It is in fact part of the vast Eco-Valley project, an “operation of national interest”, which shows the way forward. The city is moving west, because there is no more land available,” says Denis Zanon, Director of the Nice Convention and Visitors Bureau. Nice’s development is therefore moving towards this Valley of the Var plain. The multimodal station will allow us to reach the West, Cannes and the airport, and the East to the city

. Because to accompany this development, the transport aspect had to be rethought. Here too, the Grand Arenas is called upon to play a new strategic role, since it will host the Nice Saint-Augustin-Airport multimodal hub, i.e. 90,000 m² of building space, including a train station with links to Paris, Marseille and Italy, a bus station, and a direct tramway link to downtown Nice.

Already endowed with a substantial accommodation offer, both quantitatively and qualitatively – there are 9,500 hotel rooms in the city centre, and 11,000 properties for rent – Nice’s hotel catalogue is taking on a new dimension. To the point of questioning the match between supply and demand and the strength of occupancy rates? Not really, according to Denis Zanon, who talks about ” a gamble on the future, but

a gamble without any major risk “. For him, ” Everything is done in correlation with the congress activity, which is going to be revitalised and rethought, and with the general attractiveness of the destination . For very large scientific conferences, we sometimes had trouble accommodating everyone. Having this capacity in top-of-the-range hotels, geared towards business tourism, allows us to combine leisure and business tourism 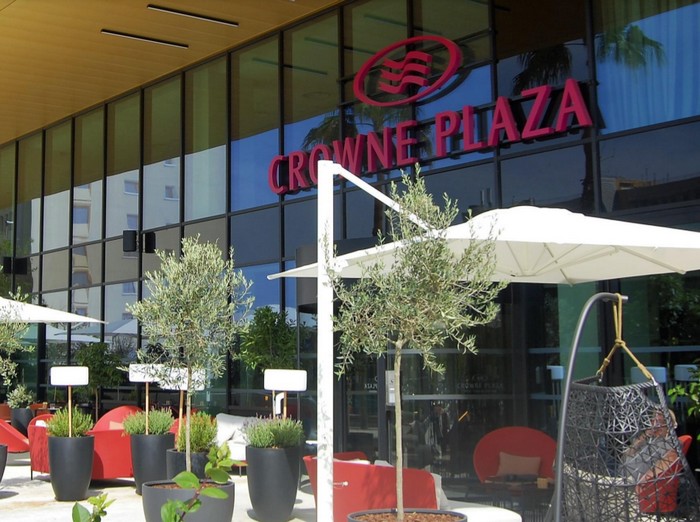 In any case, conference delegates and business travellers will have more choice than ever for their stay in Nice. In addition to the recent renovations of the Radisson Blu and Le Méridien, new addresses are emerging. Crowne Plaza moved into the Grand Arénas last May, marking a new stage in the development of the business district. Especially since this new building – and at the cutting edge of standards in terms of eco-responsible structure – hosts in addition to the five-star hotel another IHG representative, the Holiday Inn Express (three stars). With this “combo”, the hotel group is not shying away from playing the synergy card. With 129 and 131 rooms respectively, the Crowne Plaza Nice Grand Arénas and the Holiday Inn Express further increase the city’s accommodation capacity, while targeting the MICE market with more than 400 m² dedicated to meetings and events.

See also  Aria's Sky Suites are the top rated of Vegas luxurious, but are they truly worth the steep cost? - The Points Dude

, the French hotelier has added 135 rooms (about 17m²) designed by Studio Catoir and spread over the first seven floors of the building. MICE clients will now have access to three meeting rooms, with a capacity of 16 to 70 people. 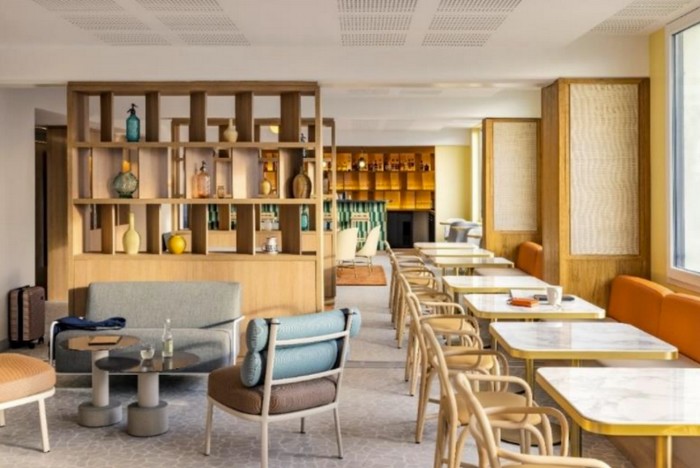 Okko has opened its 12th hotel in Nice, in the Grand Arénas district

We want to attract customers from Monaco and Cannes

In the coming months, these newcomers will even be joined by other international players. While Sheraton is expected to open in Grand Arénas, as well as Hilton in the Iconic project or Mama Shelter on Boulevard de Riquier, the Anantara is due to open its doors in mid-May 2022 in the former Plaza building. Even if the numerous setbacks encountered during the renovation of the building have prompted its managers to be cautious… The Asian brand founded twenty years ago in Bangkok has entrusted the keys to this first establishment in France to local architect Jean-Paul Gomis and decorator David Collins. The Anantara Plaza Nice Hotel will be positioned as a five-star superior hotel and will join the Leading Hotels of the World catalogue. Business travellers will be able to access one of the 151 rooms of the establishment (including 36 suites), and local customers will be able to rediscover one of the rooftops

the city’s most famous hotels. Better known for its resorts on the Asian market, the Minor group’s brand (NH Hotels, Nhow, Tivoli, etc.) is thus pursuing its strategy of “urban resorts” adopted in Europe. And this while maintaining its “indigenous” brand philosophy, promoting local culture through “experiences” and gastronomy. The MICE clientele will obviously be targeted, with eight seminar rooms, including the Bay of Angels ballroom which can accommodate 300 people in theatre format. ” We have taken a gamble with other local event partners: we want to attract Monegasque and Cannes customers to us, ” even warns Stéphane Vilar, General Manager of the Anantara Nice.

A Nantes-Birmingham flight in preparation with easyJet

Blog Dominican Republic in the Caribbean

The return of strict confinement in the Netherlands