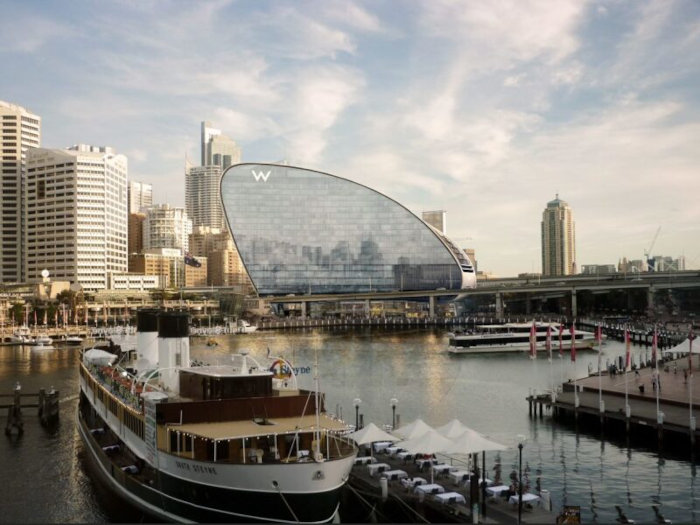 The W Sydney, one of the major openings expected this year by the Marriott Group in Asia Pacific.

With the announced opening of a hundred hotels in 2022 in Asia-Pacific, Marriott International is fast approaching 1,000 hotels in the region. The American group expects to reach this milestone by the end of the year. While waiting for this major milestone, the group’s offer will have been enriched by several nuggets, notably the world’s largest lifestyle hotel, W, in Sydney, scheduled for the end of the year. Adding to the famous Darling Harbour skyline, within the curved and futuristic The Ribbon tower, the W Sydney will offer 585 rooms and suites and a 1,300 m2 meeting space.

Marriott is also preparing other flagship openings with a more leisure-oriented focus, such as a Westin in Cam Ranh Bay in Vietnam and two resorts close to Unesco-listed sites: the JW Marriott Jeju in Korea, on the southern coast of Jeju Island, and a Ritz-Carlton Reserve in China in the Jiuzhaigou National Park, known for its valleys with their sublime landscapes.

Unsurprisingly, the Greater China region remains the engine of growth for the U.S. group in Asia Pacific, accounting for more than half of the luxury openings planned for 2022. These include the JW Marriott in Changsha and X’ian, as well as the W Macau – Studio City. However, mid-range brands also have their place in this development plan, with five openings planned for Four Points by Sheraton in emerging Chinese destinations, while Moxy Hotels will spread its fun and lifestyle spirit in Suzhou and Xi’an.

But the three- and four-star brands will also help grow Marriott’s offering outside Greater China. The AC Hotels brand will be launched this year in Korea, in the Gangnam

business district of Seoul, with another AC hotel expected in Melbourne, in the Southbank district. In Japan, the budget brand Fairfield by Marriott is on the rise, with six new properties planned in Nara, Hokkaido and Hyogo, along the Michi-no-Eki bus stations. However, Japan will also see the appearance of new luxury hosts with a Westin in Yokohama and, above all, a second Edition in Tokyo, in the Ginza district.

” I am very pleased with the results of our 2021 development in Asia Pacific,” said Craig S. Smith, the U.S. group’s president of international operations. Last year, we signed an average of two new development contracts per week in 13 different markets in the region. This year, we expect to continue to drive demand and growth.”

A complex year 2021, but an encouraging horizon according to In Extenso