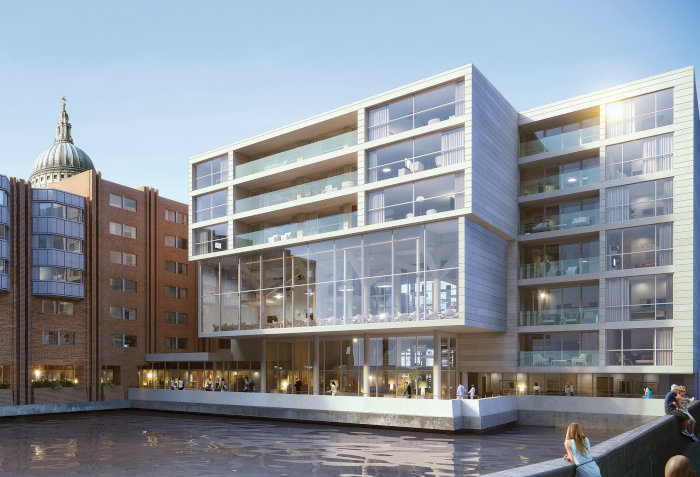 One thousandth. Marriott International has just passed the 1,000 hotel mark in the Europe – Middle East – Africa (EMEA) region. The American group has chosen an iconic destination, London, to celebrate this major milestone. Now open, the Westin London City, near the Thames River and the financial heart of the British capital, had the honor of marking the milestone. ” I am very proud to have reached 1,000 hotels for Marriott International in the EMEA region. This growth milestone is symbolic of our rich history and bright future

,” said Satya Anand, president of Marriott International for the region.

To reach this figure, Marriott was able to count on the opening of 90 properties last year alone. And the U.S. group’s expansion is expected to continue at the same pace, with more than 200 properties expected to open between 2022 and 2023 in EMEA, representing 38,000 new rooms.

As for Europe, Marriott intends to continue expanding its conversion brands such as Autograph Collection, The Luxury Collection and Tribute Portfolio. But it is mainly the so-called “limited service” brands that will spearhead this future growth, representing half of the projects to come. These include lifestyle brands such as Moxy

and Aloft, mid-range and upscale brands such as Courtyard by Marriott, AC and Four Points by Sheraton, and extended-stay brands such as Residence Inn and Element Hotels.

As part of the deal, Moxy Hotels is expected to add more than 25 hotels in the region over the next two years, including in the heart of Liverpool and near Pompeii, in addition to the Moxy Paris East. For its part, Residence Inn by Marriott, after four openings last year, will accelerate its expansion in Europe with 15 hotels expected between 2022 and 2023, including in Naples, Vienna and Paris

. In the economy segment, business travelers will be able to discover the Fairfield by Marriott brand, which will make its European debut in 2023 near Amsterdam Schiphol airport and in the Nordhavn district of Copenhagen.

Logically enough, the American group’s development in the Middle East will be more focused on luxury, symbolized by the opening of a prestigious Ritz-Carlton in Amman

, Jordan. In the spotlight with the hosting of the soccer world cup at the end of the year,<a href=”https://www.voyages-d-affaires.com/qatar-2022-ouvertures-20211223.html” target=”_blank” rel=”noopener”> Qatar is also expected to see the opening of four luxury hotels between 2022 and 2023, including the Palais Vendôme – a Luxury Collection Hotel – and an Edition Hotel, in a more lifestyle style.

Africa, the third pillar of the EMEA region, is also a focus of this development plan. While Marriott has been a major player on the continent since its 2014 acquisition of South Africa’s Protea Group, the U.S. hotelier has some 20 projects in the works for 2022 and 2023. These include six Protea Hotels by Marriott, notably near Accra Airport in Ghana and in Polokwane, South Africa. Other planned openings include the debut of the Four Points by Sheraton brand in Kigali, Rwanda, and its expansion into Nigeria with the addition of the Four Points by Sheraton Ikot Ekpene.

Eurostar is gaining momentum between London and Paris