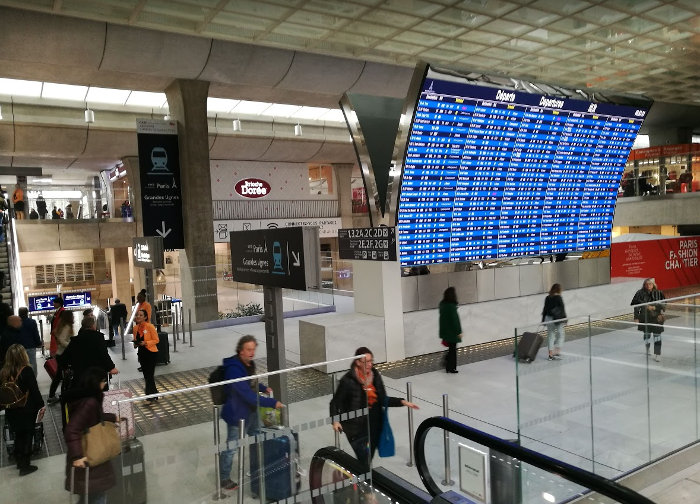 New wave, new variant, and therefore new restrictions: such is the sanitary and regulatory context at the beginning of December on an international scale, and France is no exception to the rule. On Wednesday, the government announced the entry into force of a new protocol for international travel. Travellers wishing to go to France from a country outside the European Union will henceforth have to present a negative test for the coronavirus, carried out within a maximum of 48 hours. Unvaccinated travellers arriving from a member state of the European Union will also have to carry out a test, the deadline being reduced to 24 hours. The measure could even be extended: ” The question of a negative test requirement for travellers coming from countries in the European Union arises. On this point we are working on a European coordination. A decision will be taken by the end of the week,” said Gabriel Attal, government spokesman.

In addition, the suspension of flights fromsouthern Africa will remain until Saturday. ” We have extended this morning the suspension of flights from seven countries in southern Africa until Saturday,” announced Clement Beaune, Secretary of State for European Affairs. He added: ” European coordination has worked: 23 European countries have taken measures to restrict or suspend flights from southern African countries. These seven countries also join a new category unveiled Wednesday by the French government, “scarlet”, alongside Zambia, Malawi and Mauritius. ” For these countries an extremely strict and drastic framework has been put in place,” said Gabriel Attal. ” Only people of French nationality, European nationals, diplomatic personnel and flight crews will be able to reach France from these ten countries. There will be no travel or authorized access for professional, tourist, family, study or even research purposes,” he continued.

See also  Skellefteå ushers in the era of 100% sustainable congresses

Alongside these announcements in France, the list of countries strengthening controls and travel restrictions is growing day by day. Japan, which had already announced the closure of its borders, is now asking airlines to suspend flight reservations for a month.

In Tunisia, all travellers are now required to present a negative RT-PCR test performed no more than 48 hours before check-in. In addition, an antigenic test will also be required upon arrival.

Fuel surcharges are back in the air transport industry

Asia, the Americas: the 22 most important openings in 2022

Edenred Mobility Ticket being tested on the SNCF Assistant app