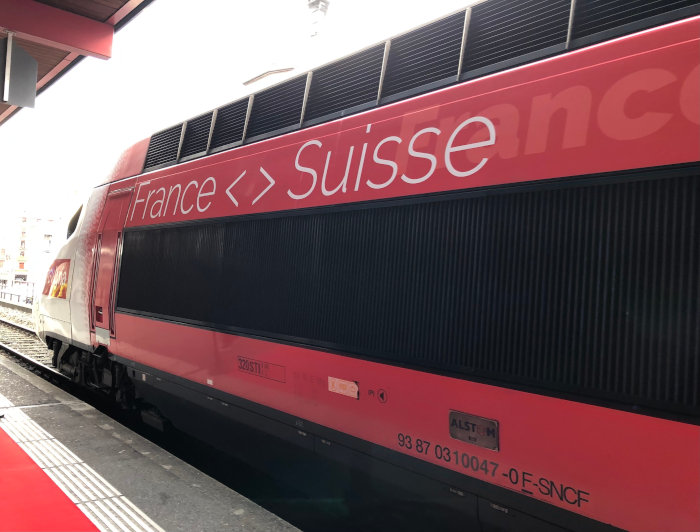 Lyria will soon be increasing to 17 daily return trips between France and Switzerland.

On Wednesday 20 October, at Geneva station, teams from SNCF and CFF, the Swiss railways, celebrated the 40th anniversary of Lyria (known as Ligne de Coeur until 2002. The Franco-Swiss service was inaugurated on 27 September 1981, following the opening of the Paris-Lyon high-speed line. The journey time from Paris to Geneva was reduced from almost 6 hours to 4 hours 15 minutes, with two connections per day. By comparison, the journey time today is 3h11 with 8 daily return trips. The cities of Lausanne in 1984, and Basel and Zurich in 1997, were then linked to the French capital. ” Lyria is an undeniable success with almost 5 million passengers in 2019. The train is the modern and ecological answer to travel

,” said Jean-Pierre Farandou, the CEO of SNCF, which owns 74% of the joint venture.

17 return trips between France and Switzerland from April 2022

Planned for 2020, Lyria’s major expansion project has been scuttled by the health crisis. The frequencies have melted with the traffic, penalized moreover by the quarantine requested from travelers by the Swiss authorities from December 2020 to last June

. A somewhat tedious form must still be filled out online via smartphone or laptop when entering Switzerland. 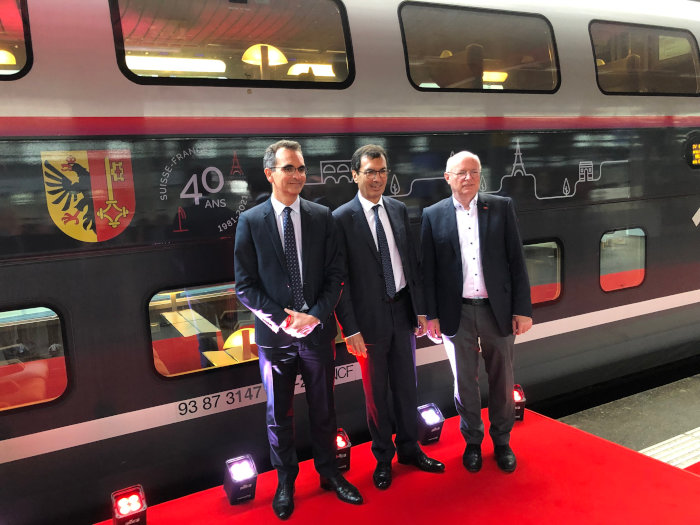 This ” offer shock“, as Fabien Soulet, CEO of Lyria, puts it, is back on track with a ramp-up that will take place in two stages, in December and then in April 2022. Paris-Geneva will thus be increased to 7 return trips in December, then to 8 in April 2022. The Paris-Zurich route will increase to 5, then 6 frequencies and the Paris-Lausanne route to 6 return trips in April 2022, including 3 via Geneva. ” Lyria will then offer 17 daily A/R, which represents no less than 18,000 seats between France and Switzerland, compared to more than 13,000 in 2019, before the Covid

The 30% increase in capacity does not seem to scare the company, which is still far from having recovered its pre-crisis volumes. ” Two-thirds of business passengers, as well as our global travellers, were back in September“, acknowledges the director who believes that the fundamentals of Lyria are still there. And to cite the centre-to-centre links

In addition, the 15 renovated trains, wifi and a catering service worthy of an airline business class in Business Première.

Prepared by Michelin-starred chef Michel Roth, a hot meal is served during meal times and a light snack in between. At Paris-Lyon station, customers in this class created in 2017 also benefit from access to the Business Première corner in the Grand Voyageur lounge and a quick check-in at the platform entrance. To take advantage of these services, passengers must pay €195 one-way between Paris and Geneva or Lausanne, €199 to Basel and €225 to Zurich. To boost traffic, attractive fares are offered in Standard and Standard 1st, from €29 and €49 respectively.

Lyria is all the more confident in this strategy of relaunching its offer as this long Covid crisis is generating additional business customers. ” We have never signed as many corporate contracts as we have since this spring. There is clearly a change of policy in the context of their CSR commitments which plays in favour of the train compared to the plane. This shift is particularly noticeable in Zurich, 4 hours from Paris, as Lyria already has a 50% market share in Geneva, 3 hours 11 minutes from the capital. These new travel policy rules are also very well respected by Swiss-German travellers 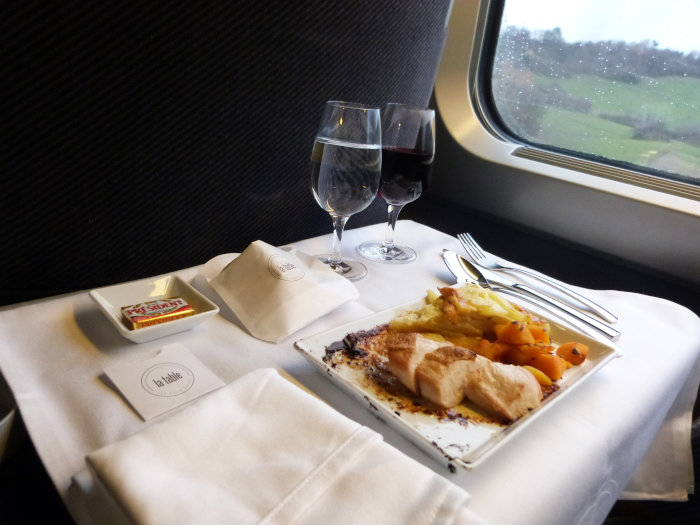 A meal in Business Première prepared by the starred chef Michel Roth.

While Lyria is competing on these three routes with the airports of Geneva, Zurich and Basel-Mulhouse, a study commissioned from the Swiss firm Infras clearly shows that it is in its favour. The carbon emissions of a global journey by train would thus be twenty times less than by air, 14 times less than by car and even eight times less than by electric vehicle. ” We had to carry out this study, which takes into account all the ecosystems linked to the train, because companies were asking for very precise carbon assessments“, he explains. Part of the new company contracts signed thus concern the carbon savings made by their employees. ” Lyria has contracts adapted to all types of companies, depending on their size and their annual consumption on our lines

At the ceremony, SBB CEO Vincent Ducrot also expressed his desire to expand. With the holidays of his compatriots in mind, these desires tend to focus on the south, Lyon and the Auvergne-Rhône-Alpes or Provence-Alpes-Côte d’Azur regions. Or even Barcelona one day…

All about luxury cruises