Luxembourg puts gold in its wine in the Moselle Valley 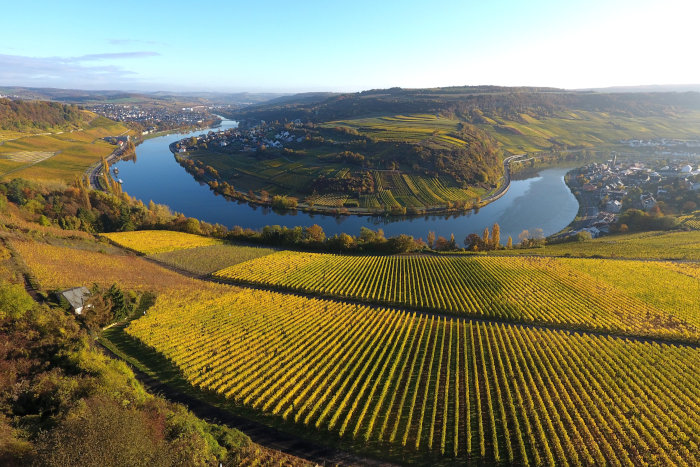 View of the Moselle valley in Luxembourg. (c) LFT

After months of not getting together or getting fresh air, companies are gradually getting back into the swing of things. Luxembourg

is the ideal place to bring together clients or employees. Easily accessible by TGV from Paris, the country has everything you need in terms of natural areas and top-of-the-range event venues for successful team building or incentive stays. One region in particular stands out from the crowd, especially for all the activities it offers around wine: the Moselle valley. The Moselle Valley is called “D’Mousel” by its inhabitants, who are very fond of this landscape of hillsides, sloping vineyards and fruit trees.

Unexpected and friendly, the Moselle valley imposes its natural charm and gives sparkle to MICE operations. Two wine estates, both created just one hundred years ago, in 1921, open their cellars wide to business tourists. Indeed, with its contemporary décor, the Caves Bernard-Massard are suitable for meals, cocktails, conferences and concerts for between 50 and 250 participants. The Domaine Vinsmoselle has an even greater capacity. Spread over several locations, it offers a wide choice of rooms of all sizes, including a harvest hall that can accommodate prestigious cocktail parties for up to 500 people. All of this is naturally complemented by guided tastings and even wine tours with tastings in the vineyards.

Chardonnay, pinot gris and riesling for the whites, pinot noir for the reds and, above all, excellent crémants: the wines of Domaine Vinsmoselle and Caves Bernard-Massard have won over the most demanding tasters, particularly at the last Concours Mondial de Bruxelles. For the occasion, this competition was not held in Brussels – in view of its reputation, this international competition now travels the world -, nor as initially planned in Yinchuan, China, but… in Luxembourg.

Due to Covid, the organisers had to find a fallback solution in less than six months and rethink the format of the event. Hosted at the Alvisse Parc Hotel, not far from the capital, the competition was no longer spread over three days but over ten, with tastings of more than 10,000 bottles in separate groups. This success was made possible by the responsiveness of local players, in particular the Luxembourg Convention Bureau, which was heavily involved in the preparation of the event in advance 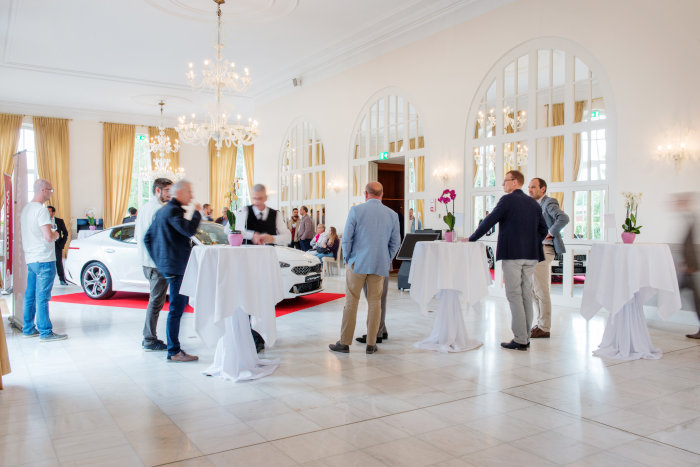 professionalism of the Luxembourg event industry is well known

.The range of activities offered by the Meetincs agency, halfway between a treasure hunt, an escape game and an oenological discovery, also extends to innovative teambuilding activities. But who could have stolen the soul of wine? Plunged into the darkness of a cellar, the participants must show team spirit, perspicacity and coolness to solve the enigma…

However, the possibilities for activities in the Moselle valley go far beyond the winegrowing area. The river lends itself to water sports, for example, while the region is famous for the virtues of its thermal waters, which are ideal for seminars combining work and relaxation. In the heart of a century-old park of more than 45 hectares, the Mondorf spa estate can host all types of corporate events with its two hotels, 15 rooms and lounges and a capacity of 400 people inside.

To enhance these events, apart from the essential tastings, the Moselle valley offers a host of possible visits. Thus, punctuated here and there by medieval towns such as Remich, the “pearl of the Moselle”, the region also welcomes places that are up to date, such as Remerschen. Here, at the foot of the vineyards, on an artificial island in the middle of a nature reserve, the futuristic silhouette of the Biodiversum, a nature conservation centre where participants can increase their awareness of environmental protection, is taking shape. Another village in the region has made a name for itself: Schengen. A symbol of the opening of borders in Europe, it celebrates the history of European construction with a museum.

In order to take this historical event further, the municipality of Schengen recently concluded the purchase of the boat on which the famous agreements were signed in 1985. Formerly called the “M.S. Princess Marie-Astrid” and now the “M.S. Regensburg”, the ship is currently used for excursions on the Danube. But it is expected to return to the Moselle River in the near future to serve as an exhibition space and river vessel by 2025.

In the meantime, tourists can travel to Grevenmacher and board a newer boat from 2010. It has taken on the name of “M.S. Princess Marie-Astrid” and sails along the Moselle River with its wide panoramic bays, revealing a landscape of vineyards, hills and forests. A boat that can also be used as a seminar room for inspiring workshops, far from the daily routine.

For what better way to discover the Moselle valley than from the water’s edge? In a hot air balloon, no doubt. This is possible with the New Spirit Balloons agency, which has five balloons, one of which, the largest in Luxembourg, can accommodate up to 12 people. Assembly, inflation, take-off: time is suspended before returning to more earthly pleasures, as the local gastronomy has so many specialities to discover. With, to accompany it all, Moselle wine. Of course. 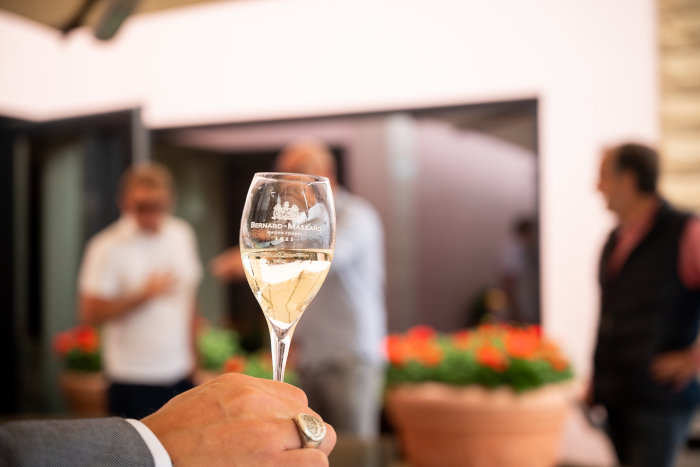