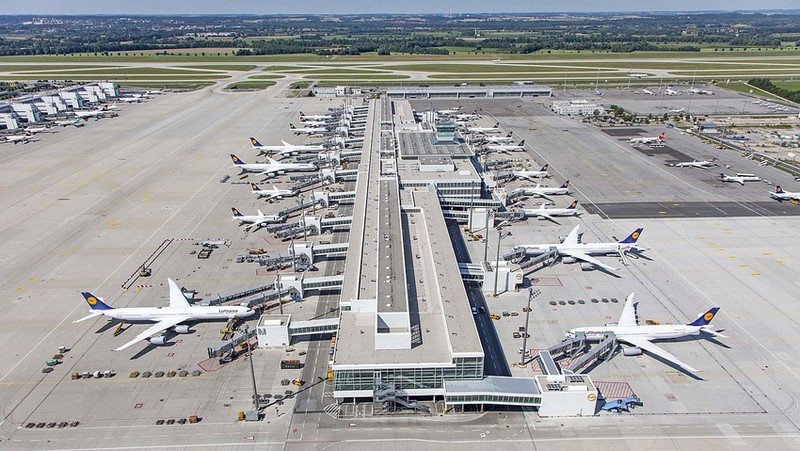 Lufthansa continues its expansion in Munich and is also adding three weekly flights between Frankfurt and Rennes in May 2022 (Photo: Lufthansa)

For the French market, the Lufthansa Group

route between Rennes and Frankfurt is good news. It allows Lufthansa to add an eleventh regular destination in France. The German airline already serves the airports of Paris CDG and Orly, Bordeaux, Lyon, Marseille, Mulhouse-Basel, Nantes, Nice, Strasbourg and Toulouse, as well as seasonal flights to Corsica during the summer.

In Rennes, the airline will introduce a 90-seat Bombardier CRJ900 operated by Lufthansa CityLine from 3 May. Flights will take off on Tuesday, Thursday and Saturday. With this connection to the Frankfurt hub, Rennes will benefit from connections to 150 international business and leisure destinations around the world.

“The entire Lufthansa Group team is delighted to announce this opening between Rennes and Frankfurt. Initially planned before the pandemic, we are now pleased to be able to make this project a reality. This new flight will enable us to extend our presence in the Greater West of France and support the economic dynamism of the Brittany region”, says Thadée Nawrocki, General Manager Sales for France, Lufthansa Group.

Rennes is part of a rich programme of new services planned for the summer 2022 season. Lufthansa has just revealed that it will operate 160 routes in Europe; that it will also launch a new route to the United States. And that it is strengthening its intercontinental hub in Munich.

In Europe, Lufthansa will offer new flights from Frankfurt to Stavanger (Norway), Liverpool and Rennes. In Munich, the airline will mainly offer leisure destinations around the Mediterranean. But it will also launch flights to Bergen in Norway and Billund in Denmark. The Danish airport offers quick access to the major cities of Aarhus and Odense.

St. Louis, a novelty in the USA

the intercontinental front, Lufthansa will launch a regular service from Frankfurt to St. Louis in Missouri in June. It will be the first continental European airline to serve this American metropolis in 20 years. The new long-haul leisure subsidiary Eurowings Discovery will also offer flights to Panama, Malé in the Maldives, Kilimanjaro in Tanzania and Victoria Falls in Zimbabwe.

In Munich, the carrier is expanding its long-haul network. Lufthansa is resuming its non-stop service to Bangkok and is offering new routes to San Diego in the USA and Rio de Janeiro in Brazil. Lufthansa will also put four Airbus A350-900s into service at its Bavarian hub. By summer 2022, 21 A350-900s will be operating the intercontinental network from Munich.

SNCF: the rebound in business travel is confirmed