Canada is a very popular destination for French people who want to expatriate, especially thanks to Montreal, which has a great reputation in France. You know, if you follow me on the networks, that it’s my favourite city in the world. But there is another Canadian city located just next door that has just as many beautiful things to offer. And that city is Toronto! And to tell you more about it, I interviewed Benjamin. A Frenchman who lived there during his studies and who tells us about his experience.

Hello, can you introduce yourself ?

My name is Benjamin, I am 24 years old and I live in Angers. After studying business, I now work in Webmarketing.

Why did you move to Canada? And why did you choose Toronto?

I went to Canada as part of my studies where I had to do a semester abroad. Canada is a country where I always wanted to go. I had only heard good things about Canada and its inhabitants and I was not disappointed.

I had a choice between Montreal and Toronto. I chose Toronto because I wanted to practice my English but I also wanted to discover the American culture and the sports that are omnipresent in Toronto.

Were there any special preparations to make?

Like any trip, I had to prepare my suitcase. Except that Canada is a country like no other, it’s very cold in winter and in summer it’s very warm. I left for Toronto in April when it was still -10 degrees… I took a lot of warm clothes that at the end of my trip I didn’t need anymore so it was difficult to fit everything in the suitcase…

To go to Canada, I also had to apply for an AVE. It’s a travel request that is done directly on the Canadian immigration website. The price is 7$ Canadian, about 5€. It is mandatory to make this request to enter Canada.

Did you experience a major culture shock?

Not really. As said before, I arrived at the end of winter when it was still quite cold. There was snow everywhere so not many people went out. Most people were moving around in the underground of the city. Also, Toronto is a very cosmopolitan city, it’s a bit of a mini New York, there are lots of people of different nationalities living here.

The city in general, it’s really a little New York with all its buildings but also with incredible natural places like the Toronto Islands. It’s also a very sporty city with the Raptors in the NBA, the Blue Jays in baseball, the Maple Leafs in ice hockey and the soccer team playing in MLS. There are games almost every night and the people of Toronto are great fans.s fans of their teams. I had the chance to go to several baseball and football games and the atmosphere was really great, it’s a real American show.

The people are also very nice, it’s not the same mentality as in France and that’s good.

Toronto is also very well located, 1 hour from Niagara Falls, 4 hours from Montreal and one night by bus from New York so it’s great to visit other cities and discover new places! It was during this semester in Canada that I decided to create my travel blog www.leptitglobetrotteur.com to share my Canadian experience with my friends and family through my travel itineraries.

On the other hand, what don’t you like so much?

The cost of living is quite high. Compared to Montreal, it was one of the big disadvantages of Toronto. Life is quite expensive. To tell you the truth, I was in a roommate with two friends and I was paying 750€ a month for a room.

Food is also very expensive if you want to eat well. But even in the supermarkets, the products are not really top. If there is one thing I really missed during my stay in Toronto, it was the good French food…

Were there any difficulties to adapt in your new life?

As I said before, the cold at the beginning with -10 degrees was not easy and to get used to the Canadian food.

You lived in France for a long time… So, do you prefer to live in Toronto or our dear country?

I love France, there are so many different landscapes and places in a minimum of space. I also have all my family and friends living in France so the choice of the heart remains France even if I do not exclude to live an experience of several years in Canada in some time. 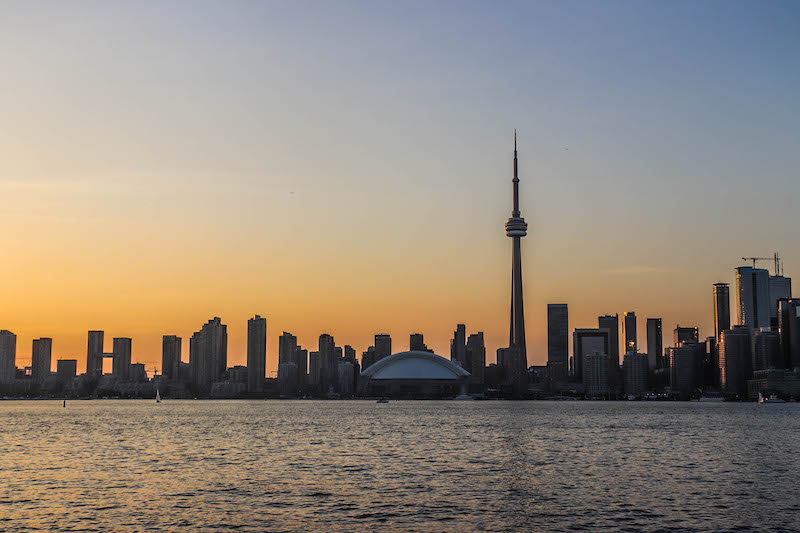 How is the job market there?

Finding a job in Toronto is very much a network thing. You know someone who knows someone who is looking for someone to work in their company. There is also a lot of turnover in companies, thanks to or because of the notice period, which is only a few weeks. Hiring is also simplified, there are not as many steps to take as in France.

And is the cost of living in Toronto very important?

Yes, it is one of the most expensive cities in the world. Whether it’s real estate, food, transportation… everything is more expensive than in France.

Concretely, how much do you have to earn to have a good life in Toronto?

For housing, I paid 750€ in a shared apartment to have a room. I had taken a subscription to public transport which allowed me to take the subway, bus, streetcar. It cost me about 100€ a month and for food I was at about 400€ a month, not really indulging myself. So I would say that to live well in Toronto you need at least 2000€ to go out and enjoy the city. 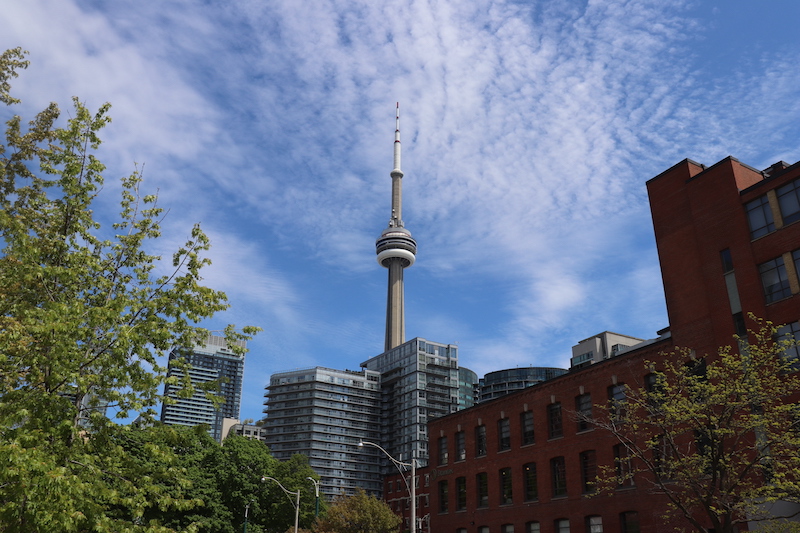 Aren’t the temperatures too extreme in winter?

Winter in Canada is very extreme, temperatures can go down to -30 degrees but the cities have been designed with this in mind by creating underground tunnels to move inside and not outside during the winter. It seems to me that there are more than twenty kilometers of underground galleries in Toronto. For my part I arrived in April and it was still -10 degrees so even in mid-season it’s not very warm!

And the Canadians, what do you think of them?

Canadians are very nice. Toronto is very cosmopolitan, there are many Americans, Indians and other nationalities but everyone is very nice. I also did a road trip in Quebec during my stay in Canada and the generosity of Quebecers is not a legend, people are really adorable.

Do you think you will stay in Toronto for a long time?

I lived a whole semester from the end of winter to summer in Toronto, which allowed me to see the evolution of the city. At the beginning, there were not too many events, the city was very quiet and as the weather got better, people went out, there were lots of events in the city, it was really great. I took the opportunity to go see Niagara Falls which is very close to Toronto. Quebec is also not very far, I made a road trip of more than a week and I took the opportunity to visit Montreal. I also spent a week in New York, it was the opportunity!

Toronto is a very good city to live in but the cost of living is very high so you have to find a good job or have a lot of savings to enjoy the city and travel around.

A last word, a last advice?

Don’t limit yourself to Toronto during your stay, take advantage of the surroundings. There are so many things to see around Toronto (Niagara Falls, Detroit, Chicago, Montreal, Quebec, New York). Toronto is really a great place to discover new places. Canada is truly a beautiful country that you must see at least once in your life. If you also have the time and money, the West Coast with Vancouver is also worth seeing. It’s completely different from the East Coast but it’s just as beautiful.

Thank you for taking the time to read this article and thank you to Benjamin for sharing his experience. I hope it helped you learn a little more about life in Toronto and who knows, you might even start an expatriation there? Don’t hesitate to ask your questions in comments.

Dubai: Kempinski to open a stunning floating palace in 2023