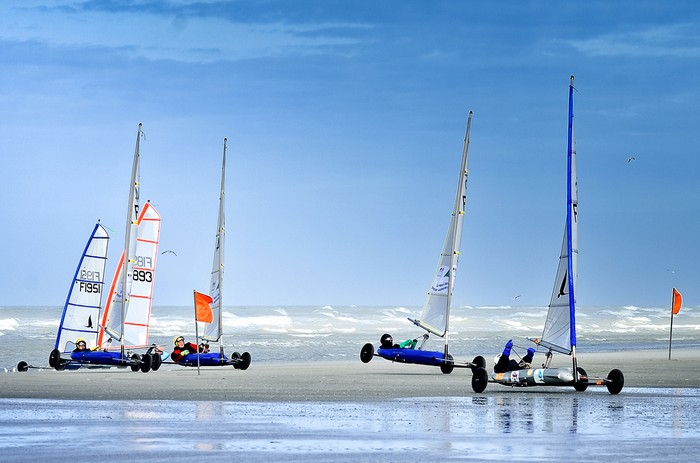 Le Touquet allows companies to organize a wide range of MICE activities thanks to sports facilities equivalent to those of a town of 35,000 inhabitants (Photo: Sandyachting Demoury Cup 2014)

Located between 2 and 3 hours from Paris, London and Brussels, Le Touquet-Paris-Plage occupies a privileged place in terms of business tourism in the Haut-de-France. However, recent investments have strengthened its position in the wake of the health crisis, while companies are looking for quality locations, if possible in the open air and in a preserved environment. ” The bet on business tourism was made in his time by my predecessor Léonce Deprez to make the seaside resort live during the week and outside the school vacations

,” recalls Daniel Fasquelle, the mayor of the city and new president of the Regional Tourism Committee of Hauts-de-France. A department of the Tourist Office is dedicated to hosting and organizing events. 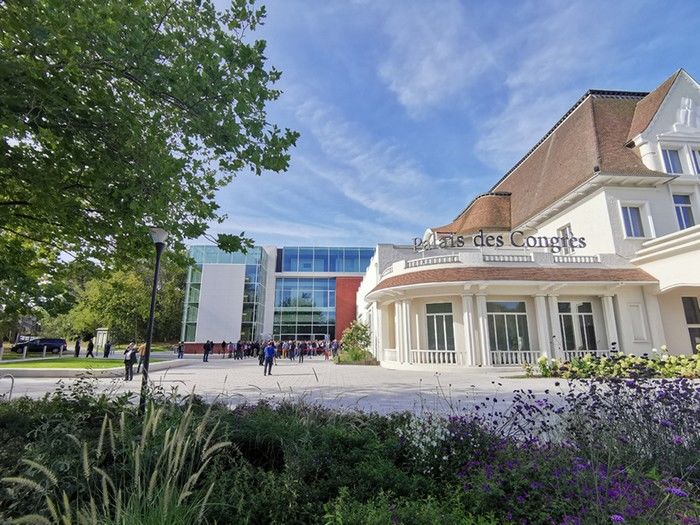 The Palais des Congrès du Touquet has undergone a complete renovation and even a contemporary extension designed by Jean-Michel Wilmotte.

The Palais des Congrès, located in a wing of the former Casino de la Forêt, was born of this proactive policy. At a cost of 24 million euros, its historic rooms have been completely renovated, and a contemporary extension designed by architect Jean-Michel Wilmotte has been added. Inaugurated in February 2020, just before the Covid-19 epidemic, the building, whose great hall has been restored to its Art Deco glory, has become the cornerstone of the revival of business tourism for the community. With two major assets for its 13 spaces: the possibility of hosting two or three events simultaneously, and its new 1156-seat Ravel auditorium. The latter can be retracted to accommodate events of 400 to 1,000 participants, while the Victor Boucher auditorium, with its 419 seats and adjustable capacity, can be used for smaller events. ” Everything is now modular, interconnected and equipped with the latest technology,” says Damien Mionnet, the sales manager. And he adds: ” We took advantage of the forced shutdown during the pandemic to reinvest in video equipment in order to develop videoconferencing 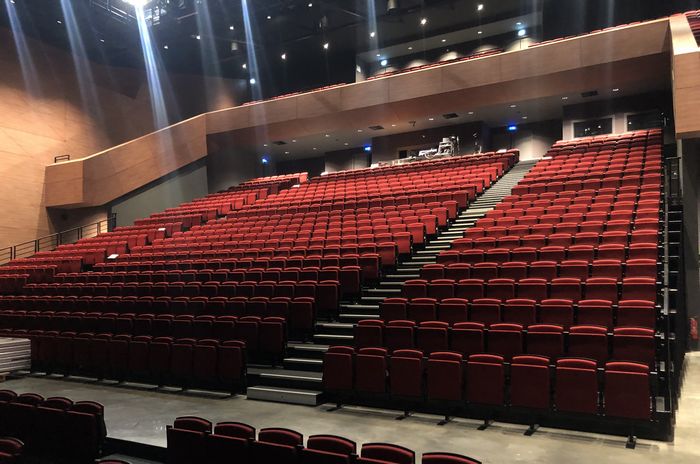 Since the Belle Epoque, the seaside town of 5,000 inhabitants, which has been located on the dunes of the Opal Coast, has been a major tourist attraction.

To this must be added 10,000 secondary residences, and is in fact equipped as a town of 35,000 inhabitants in terms of sports and cultural facilities. In addition to the thalassotherapy/well-being offer, companies have at their disposal a wide range of activities to boost their events, from golf (whose little caddy is the symbol of Le Touquet) to sand yachting – a must on the long beaches of the North – as well as cycling/ mountain biking, tennis, hiking and canoeing, paddle or kayaking in the Bay of the Canche. ” Le Touquet will be the base camp of the English team in 2023 during the Rugby World Cup,”

says Daniel Fasquelle. The English have made the success of the resort and are still very present, including for the MICE. Since Eurostar trains no longer stop at Calais-Fréthun (located 30 minutes from Le Touquet), these groups are now transferred from the Lille-Europe station (1.5 hours away).

A “chic” resort in full revival

Symbol of the return to grace of Le Touquet-Paris-Plage, the Barrière group, which had parted with the Westminster Hotel in 1972, bought the establishment in 2016 before giving it a beautiful fac

Opened between two epidemic waves, the 104-room establishment (including 8 suites) has since earned its 5th star, the only one in this category on the Opal Coast. This move upmarket does not seem to be a hindrance to companies, quite the contrary, as the Barrière Le Westminster hotel has revamped its 10 event spaces, including its large 350 m² room (divisible into 3) that can accommodate 200 people in a theater. ” MICE already represents 40% of our business, with peaks from April to June and from September to mid-November. We benefit both from the hotel’s novelty with clients who are loyal to the group because of our locations and from a catch-up effect with companies that have not held events for a long time

,” emphasizes director John Banizette, who points out that this jewel of the Roaring Twenties has already been the subject of several privatizations since its reopening. 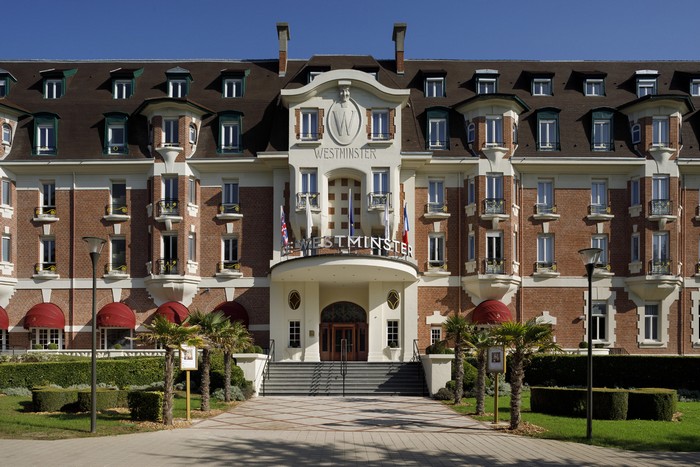 The Westminster Hotel, back in the Barrière fold, has earned its fifth star (Photo Fabrice Rambert)

Other establishments in the resort have also benefited from recent renovations, including two 4-star hotels, the Novotel Thalassa and the Grand Hôtel Le Touquet. Hotel capacity, currently at 1,500 rooms, will be further enhanced by the opening before the summer of three Accor brands in the Nouveau Siècle area, with 180 rooms shared between a Mercure hotel and a Tribe – the group’s new trendy design brand – in four floors.

les, and a three-star Ibis Style. Located near the airport, this real estate project initiated in 2007 by Léonce Deprez has experienced many vicissitudes. Let’s hope that The Dune, expected for 2024 on the seafront in place of the Aqualud water park, will experience fewer delays. With its futuristic, semi-buried architecture and its green roof over which a promenade will wind, this five-star hotel will bring a hundred keys to the seaside resort which, as part of its move upmarket, has adopted the slogan “Nature & Elegance”. This chic positioning is reinforced by the regular weekend presence of the presidential couple.

20 minutes from Le Touquet, the four-star Château de Montreuil-sur-Mer hotel was taken over in December 2019 by the Living Hotels group. Renovated during the Covid, this address with a renowned table has 11 rooms with refined decoration as well as two garden villas and four cottages located in a green garden surrounded by 17th century walls. This address can be entirely privatized and offers companies a small meeting room (12 people), a pavilion for 140 participants and various spaces for dinners and cocktail parties. Additional accommodation is available in this fortified city of the Pas-de-Calais through partnerships with accommodation providers of similar category. 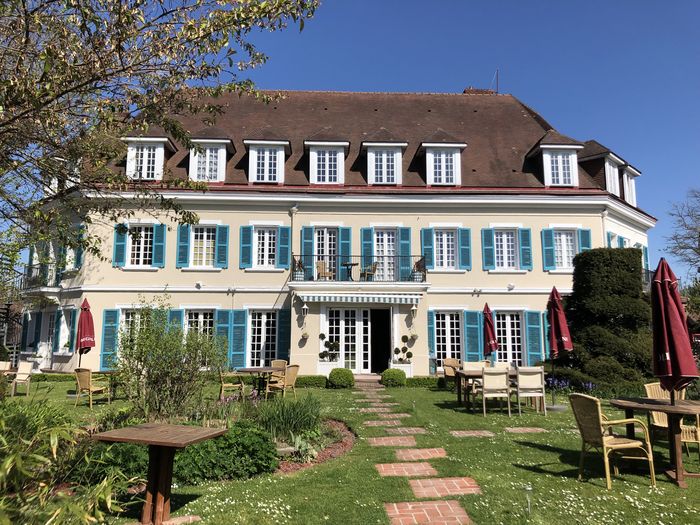 A possibility also offered by Florence Karras whose Domaine de Fresnoy located in Loison-sur-Créquoise has only 4 rooms, or 10 beds. This former Parisian from the banking world has also just taken over a former priory in the middle of Covid with the project of allowing companies to offer their employees a green break on the theme of sylvotherapy. 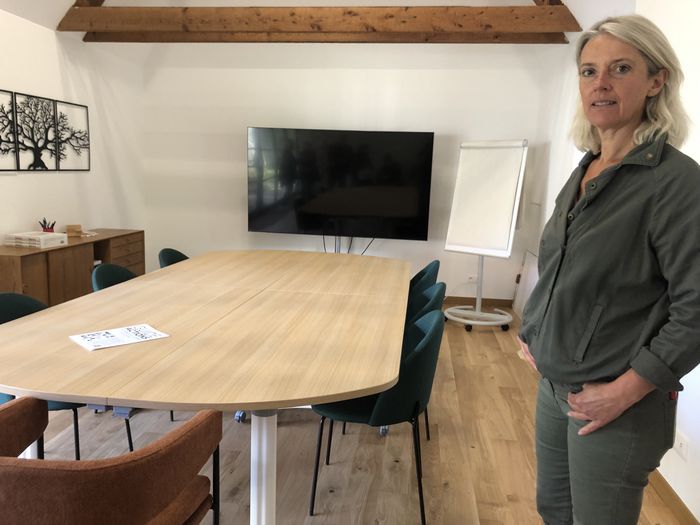 Florence Karras in the meeting room of the Domaine de Fresnoy

” The objective is to accompany companies in their transformation while becoming aware of the benefits brought by nature“, explains the one who proposes walks in the forest allowing “forest baths”, “side steps”, sensory awakening, meditation… In short to let go! A meeting room equipped for a dozen people has also been set up in an old barn for seminars. ” I work on team cohesion in a different way, without challenges. The program is designed according to the client’s expectations and theme. It can be the heart of the stay or a complement to a seminar,” adds Florence Karras. An atypical place ” to get out of the box ” that will allow it to be referenced by the websites Séminaire Collection and Welcome to the Jungle.

Volotea expected on the Tarbes-Paris route

What to do in Mauritius? My favorites –