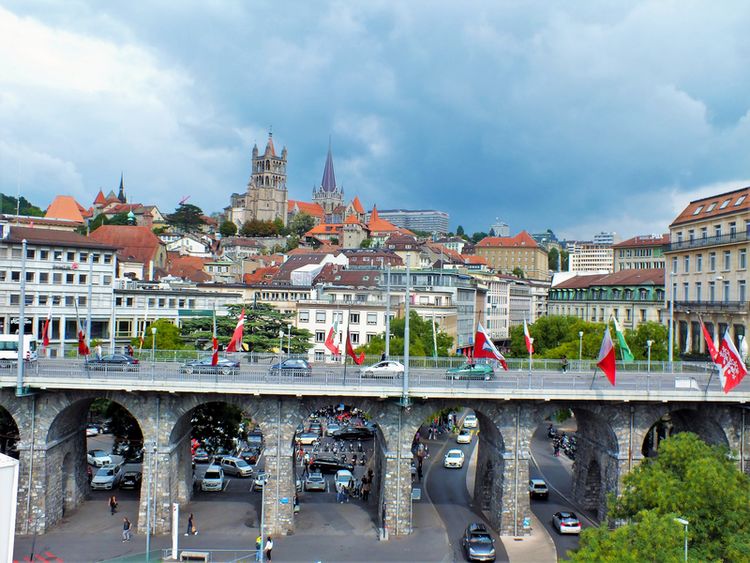 Panorama of Lausanne, the upper town and the Flon district (Photo: LC)

Lausanne is an ideal base to start a trip in Switzerland, especially for French travelers. First of all, because the capital of the canton of Vaud is a little less than four hours from Paris by TGV Lyria. Above all, unlike Geneva, which is geographically on the bangs of the Swiss Confederation, Lausanne allows you to quickly reach the rest of Switzerland. It is 45 minutes from Neuchâtel or Fribourg, 1 hour 20 minutes from Bern and a little over 2 hours from Basel.

Switzerland’s fifth largest city is a pleasant first stop to soak up the “Swissness”. Life is less hectic than in Geneva, more provincial… You can stroll along the quays of the Ouchy district, along the “Vaud Riviera” where the 1900 palaces are lazily reflected in the waters of Lake Geneva. The upper town, the historic heart of Lausanne with the cathedral, is just as peaceful 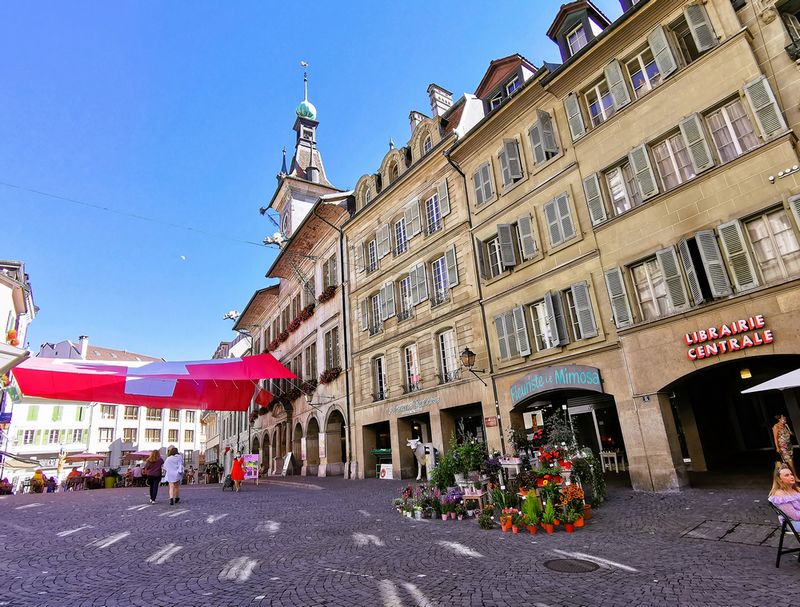 The urban heart of Lausanne beats elsewhere, between the upper and lower city: in the Flon district. This is where the city’s youth meet in former warehouses converted into bars, restaurants, clubs, trendy boutiques and art galleries. The Flon is easy to spot: it is located under the Bel-Air building, the first skyscraper in Switzerland built in 1931 with its 15 or 19 floors – depending on the street from which you look at it!

Lausanne is famous for its nightlife. It has the ambition to earn its stripes as the capital of culture in French-speaking Switzerland. The city is certainly known for its Hermitage foundation and its extraordinary art brut museum. And it wishes to further assert this positioning. It is therefore not skimping – at a cost of hundreds of millions of Swiss francs – on investing in its cultural image.

“Plateforme 10” is the name given to Lausanne’s new arts district, adjacent to the main railway station. It is being built step by step. In 2019, a converted and completely transformed former Swiss railroad maintenance warehouse was opened as the Musée Cantonal des Beaux-Arts de Lausanne. Probably the only art museum in the world with a view of railway tracks

The building of more than 3500 m2 was designed by the Barcelona-based architecture studio Barozzi Veiga. Behind the long façade, 145.5 meters long and 22.1 meters high, is the Canton’s public collection of some 10,000 works. Degas, Renoir or Soulage rub shoulders with the Swiss Hodler, Giacometti or Vallotton. The second important step is the scheduled opening in June 2022 of two other cultural institutions, the mudac (museum of design and contemporary arts) and Photo Elysée. 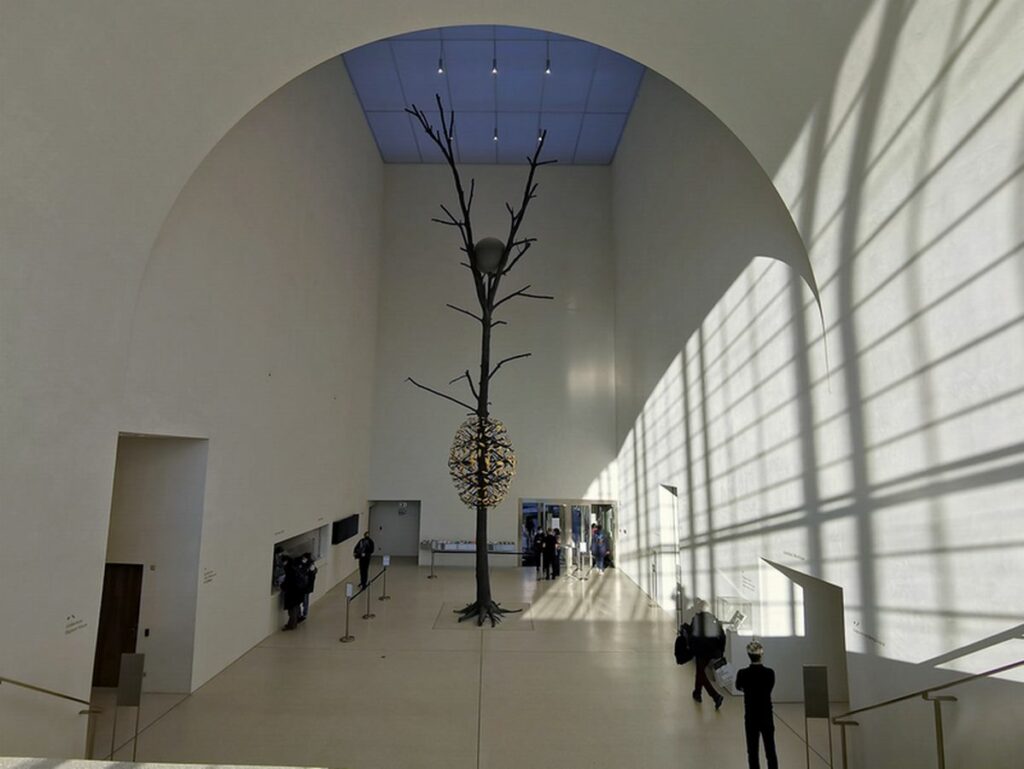 17-meter high ceiling for the entrance hall of the Cantonal Museum of Fine Arts (Photo: LC)

The two institutions will each have 1,500 m2 of space to house their collections and temporary exhibitions. This is twice the size of their previous location. Even though they will be housed in the same structure, the two institutions will retain their distinct identities. Upstairs, the mudac, with its zenithal light and its open, fully modular exhibition spaces. Downstairs, Photo Elysée will benefit from controlled lighting to preserve its collections. Here too, the space can be partitioned to present various exhibitions or remain open.

This is a unique cultural space in Switzerland, which is surprisingly contemporary to a fault, and which is revolutionizing the somewhat “humming” character of Lausanne… The “Plateforme 10” site is going to evolve further. A garden and green spaces are planned, as well as restaurant spaces. A few stores have already been set up and should shape this place of conviviality and incongruous arts next to the central station.

See also  Airline : down with the masks

The latter is also the subject of a gigantic transformation project. An investment of 1.3 billion Swiss francs will enable the expected doubling of train and station traffic by 2030. New platforms, underground passages, a new metro line and the reconfiguration of the square will make this area the new calling card of the capital of Vaud. Projects that will continue to punctuate this central entrance to Lausanne until the beginning of the next decade.

Vespa Trip | A trip to the heart of Italy by Vespa

Some growth for Paris airports in 2021

Renewal of the Air Algerie fleet