La Serre: a country meeting in the middle of Paris 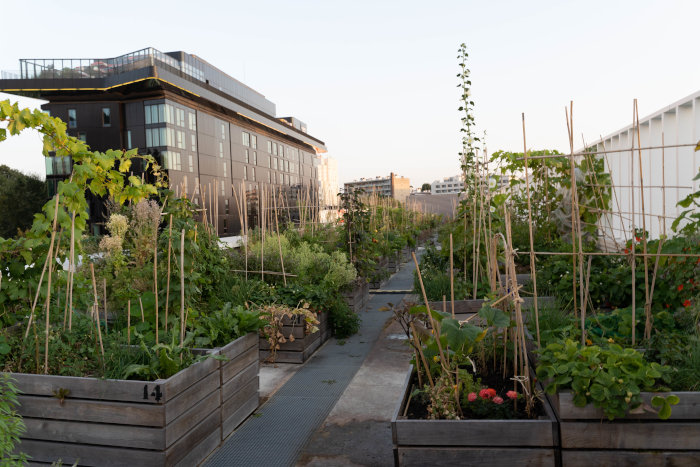 It is certainly a meeting place in the air of time, at a time when companies and organizers want to strengthen the sustainable dimension of their events. A huge rooftop combining spaces for conferences and cocktails, but also a trendy restaurant and bar – Le Perchoir -, all extended by a terrace of more than 500 m2 overlooking one of the largest urban farms in Europe. That’s all there is to it.

The Greenhouse, as it is this new space proposed by Viparis on the roof of hall 6 at Porte de Versailles, is part of the metamorphosis of the exhibition centre that began a few years ago. It is in this “green” environment that the Greenhouse itself is located, operated by the exhibition centre’s manager. Bright, covering 420 m2, it can accommodate 600 people for an indoor cocktail party, and many more in fine weather when the terrace is accessible. For seated dinners, the capacity is 230 people. As for catering for events, it can be provided by three caterers: Le Perchoir voisin, Grand Chemin or Fleur de Mets. 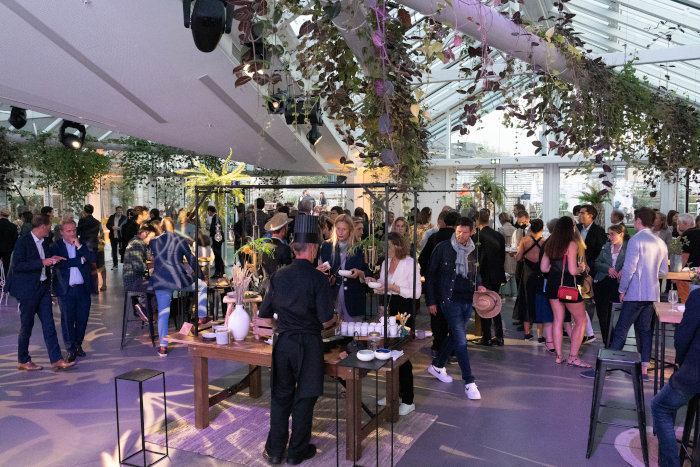 For conferences, La Serre can accommodate up to 350 people in theatre format. UNIMEV’s SYT event was held there at the beginning of July in a hybrid format with numerous duplexes with regional speakers, thus highlighting the high-tech equipment composed of, among other things, a 4.5-metre LED wall and eight speakers and HF microphones.

Another smaller space is adjacent to La Serre de Viparis and can accommodate conferences of 70 participants and 110 guests for cocktail parties. Its baptismal name: the NU greenhouse, for Urban Nature. An event venue with an original business model, since its operator, Agripolis, is also the operator of the urban farm. Thus, in addition to educating students from nearby schools about respect for the environment, the NU greenhouse earns its income partly from hosting events and partly from the sale of fruit and vegetables produced on the roof, to which is added the year-round rental of 150 small shared gardens to individuals.

Cultivated in hydroponics or aeroponics, without any pesticides, its production reaches about 300 tons. These tomatoes, salads, aubergines, herbs and other strawberries and raspberries, extremely tasty and picked at maturity, come to supply its neighbours, the restaurant Le Perchoir and the hotel Novotel. A circuit that could not be shorter. Today, this urban farm, whose activity is to some extent dependent on the number of visitors to event sites, covers a third of the roof – 5,000 m2 of the 15,000 m2 available – but Agripolis intends to raise funds to expand soon.

This new venue, which has its own private entrance, contributes to the development of the city.ynamization of the south of Paris in terms of festive venues. With La Serre, Viparis is targeting both the hosting of events alongside trade fairs and exhibitions and corporate seminars. Although its opening last spring was marred by the pandemic, its marketing can really begin. Justine Orain, commercial and event production project manager at Viparis, explains that she has received numerous requests from advertisers ” attracted by the curiosity of this venue“. Several corporate events are expected in the coming weeks, even if some companies, still wary of bringing their employees together, have decided to postpone what was initially planned for early next year. All good things come to those who wait.

Hilton: a hotel and convention center combo for Bangalore