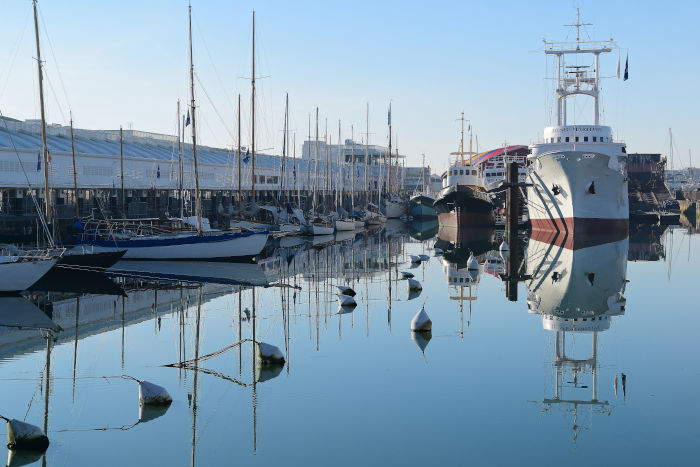 The Encan space, along the port of La Rochelle (c)Francis Giraudon

How better to mark one’s ambitions regarding business tourism than by creating a Convention Bureau? While most major French destinations have a department dedicated to business tourism professionals and the marketing of their MICE offer, this is less common in medium-sized cities. With the exception of Cannes, but also, since last May, of La Rochelle. ” There can’t be many cities the size of La Rochelle that have a convention bureau

The project had been in the works for some time and was based on the fact that, on the one hand, La Rochelle Tourisme & Événements operated convention venues, the Espace Encan and the Halle Perthuis, and on the other, the tourist office was busy bringing in leisure travelers. But until now, there was nothing in between to attract business tourism customers for the La Rochelle Tourism & Events spaces as well as for all the city’s tourism players. They were waiting for such a launch,” says Nicolas Martin. Especially since the impact of business tourism is spreading to more sectors than just leisure. Sound engineers, florists, entertainment workers: all these professionals are delighted to be part of this dynamic 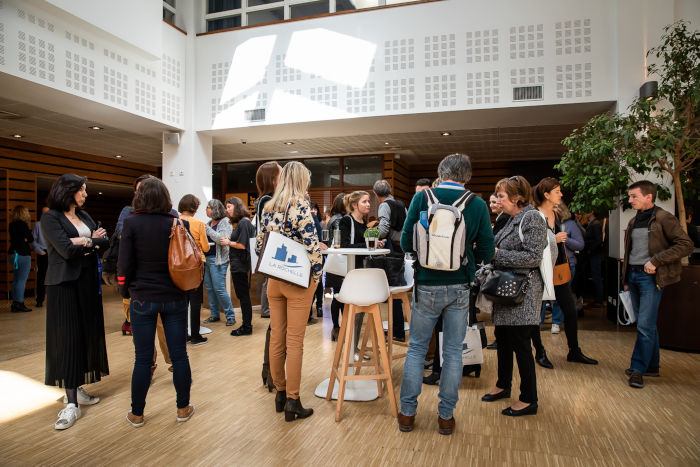 La Rochelle is expecting a record year for business tourism in 2022.

The establishment of this Convention Bureau will be accompanied by the creation of communication and promotional tools, which were previously non-existent, including the first version of a meeting guide that will be published in September. La Rochelle Tourism & Events will also enhance its website with a presentation of the city’s entire business tourism offering, not just its own spaces. ” From there, everything will follow. We will present a project next fall for the year 2023

This federation of the energies of La Rochelle’s tourism players will also be manifested in particular through participation in trade shows, bi-monthly networking meetings and a club run by La Rochelle Tourism & Events in connection with tourism in the city and Chatelaillon Plage, which already includes nearly 90 professionals. All this to meet a main need: to boost the off-peak periods, from December to April, by conquering new customers. At least in June, we could have filled the city ten times over,” said

Mr. Béziers.nt we have had requests, but there are periods when it is necessary to mobilize more,” explains Nicolas Martin.

Of course, beyond this “four-season” positioning of the destination, La Rochelle does not claim to play in the same league as Paris or Lyon, as it does not have the infrastructure to host large international conferences. The Atlantic city focuses primarily on corporate events and national or intra-regional conventions on the Atlantic coast, being halfway between Nantes and Bordeaux, between Brittany and Spain, and with good access from Paris.

To attract organizers, the tourism industry in La Rochelle is betting, and it is obviously not the only one today, on a topical issue: eco-responsibility. While La Rochelle’s tourist office was awarded the Quality Tourism label last May, the launch of a Convention Bureau will be accompanied at the end of the summer by a project aimed at improving the carbon footprint of the events and tourism industry. La Rochelle Tourisme et Evénements has already begun this work, aiming to obtain ISO 20121 certification by the end of 2023, in parallel with a process to obtain the Sustainable Innovative Destination label.

In this context, while work has begun on extending the large hall of the Encan space to bring its surface area to 5,000 m2 by the end of 2023, compared with the current 3,500 m2, and to be able to give more space to events or to host two at the same time, a second phase of work should bring about changes in the energy model. ” This is still under consideration, but investments should be planned for this purpose from 2024 onwards,” explains Nicolas Martin. says Nicolas Martin.

This should sustain a business that has already returned to its peak. ” Between the projects that have been postponed and the new events, we are on track for a record year in 2022 in terms of sales and attendance. For example, this week, La Rochelle is hosting Sunny Side of the Doc, which is like the MIDEM of documentaries. Its visitors have returned to the level of 2019,” said Nicolas Martin. Still, the director of La Rochelle Tourism & Events is always cautious when it comes to talking about the future ” with the geopolitical context and this virus prankster.”