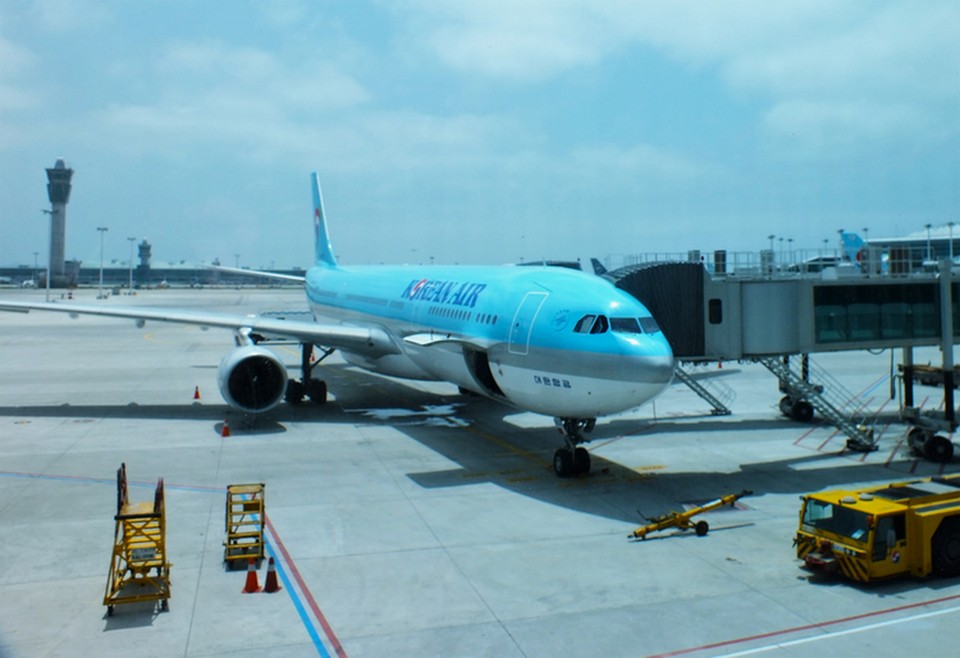 According to Reuters on Tuesday, March 15, Korean Air Lines announced on Tuesday that it would reroute its flights to Europe and eastern North America that were using Russian airspace, citing operational and safety concerns

The airline also said it was temporarily suspending all passenger and cargo services to and from Russia until the end of April. The suspended frequencies are for flights from Seoul to Moscow and Vladivostok, Korean Air said in a statement.

on European routes from Seoul to Amsterdam, Frankfurt, London Heathrow and Paris-CDG will be re-routed via other countries such as China, Kazakhstan and Turkey. Depending on the destination, this could add up to two hours and 45 minutes per one-way flight. Flights from North American airports such as New York-Seoul will be re-routed via Alaska and the Pacific Ocean, adding up to 1 hour and 40 minutes of flight time per one-way flight, she said.

At Paris-CDG, which Korean Air serves three times a week (Monday, Wednesday, Saturday), flights will be 1.5 hours longer in the Paris-Incheon direction and 2.5 hours longer on the return.

The schedule is currently being finalized. According to Ludovic Froidure, the airline’s French director, Korean Air

is still waiting for approval from all civil aviation authorities in the countries it flies over. Flights from Paris should take off thirty minutes earlier at around 8:30 pm. On the Korean side, flights will take off 2 hours and 40 minutes earlier than the current schedule. The final schedule should be announced soon.

See also  Morocco suspends flights to and from France

Korea is opening up to the world again

This new flight schedule is important. Korea has indeed just confirmed its reopening to foreign travelers. It will be the first in Northeast Asia. On April 1st, the country will officially open to all travelers. But only if they have a complete vaccination plan.

Are considered by the authorities as authorized people who have received 3 doses of vaccine or two doses of vaccine. The 2nd dose must have been administered between 14 and 180 days before arrival in Korea.

Among the measures that remain mandatory for travel to Korea is the requirement of three tests. The first two tests (PCR) must be performed 48 hours prior to departure and upon arrival. The cost is approximately 80/100 euros. A third antigenic test must also be performed on the 6th day (self-testing possible).

Visitors must also register their travel information and vaccination documents on the Q-CODE system before departure.

“This is good news when traffic resumes. And this

gives Korean Air the opportunity to step up. We will be offering a fourth weekly flight on Fridays starting April 29,” says Ludovic Froidure.

Shein’s opinion: I placed an order!